Prepare yourself for all the tennis puns. 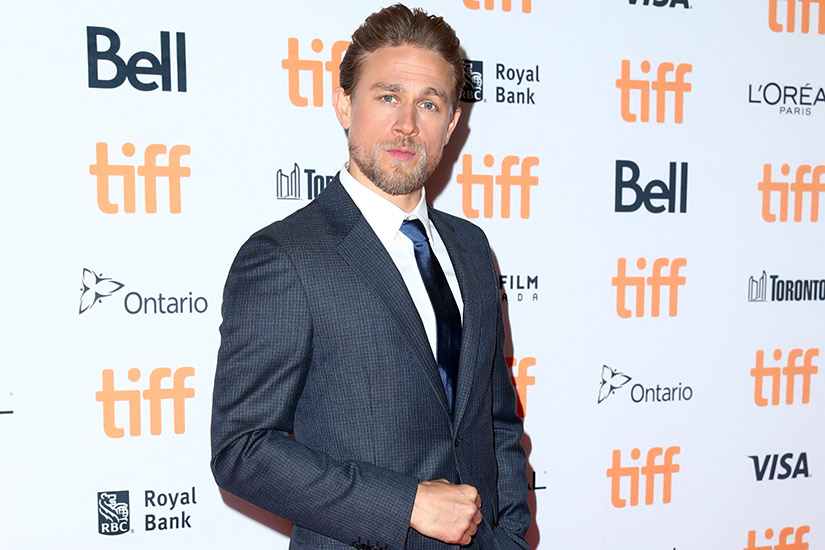 There was plenty of entertainment served up (yes, I did it) on the opening night of TIFF 2017. The festival opened with the tennis drama, Borg/McEnroe, about the epic 1980 Wimbledon match, starring Shia LaBeouf and our new boyfriend, Swedish actor Sverrir Gudnason (second from right).

We missed the red carpet – because we were inside eating popcorn and looking for Sverrir –but we can say it took forever for the applause to die down after the credits rolled on the flick. Shia’s already getting some Oscar buzz for his role as McEnroe.

Also last nigh, our other booboo, Charlie Hunnam, was across the city promoting his movie Papillon. Meanwhile, Culture Editor Sarah Laing caught up with Priyanka Chopra, who was the guest of honour at TIFF fundraiser, and later spoke about the role of women in film. Her official report: “Priyanka is smart, warm and articulate. And she has really good hair.” (Stay tuned for the full interview in an upcoming issue of ELLE Canada.)

One of these women is a sharply intelligent, gloriously warm star in town to speak on the role of women in film at #TIFF17. The other…well, she’s focusing on actually looking into the camera for now. ? on ELLE Canada for more #priyankachopra soon!

Last, but certainly not least, Grace Jones slayed on the red carpet celebrating the release of her doc, Bloodlight and Bami.