Talented Canadians You Need to Know 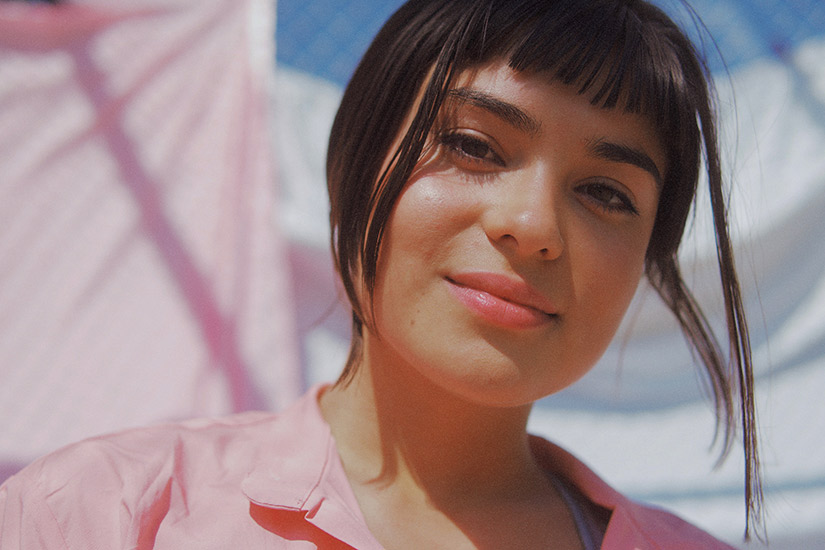 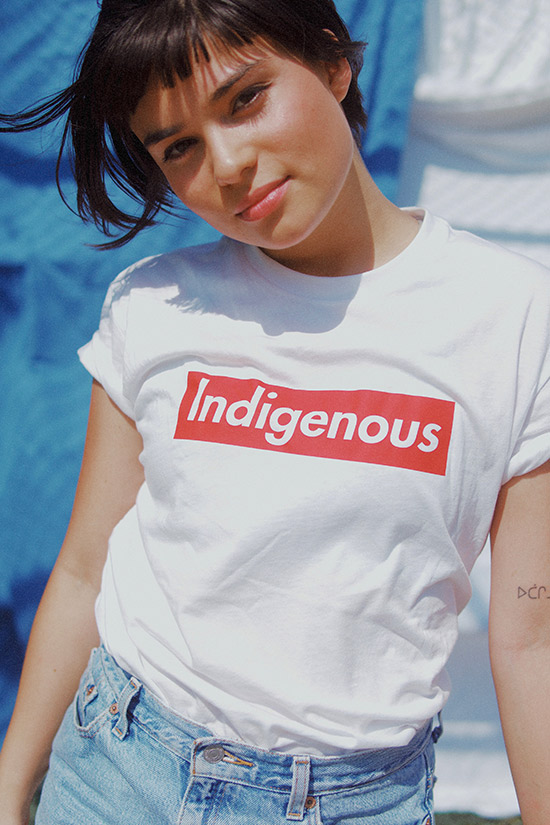 Starting out: "It's a cliché thing to say you don't choose this career, it chooses you, but I very much feel that there's a lot of truth in that. I always loved acting and when I was young I was part of the Turtle Island Theatre Company, where I was a munchkin in The Wizard of Oz. But as I was nearing the end of high school, I doubted that I would ever be the lead in anything because I didn't think I had the chops. And being in Montreal, most of the projects are Francophone, and as an Anglophone-Native actress, there were really no roles for me."

Breakout gig: "I had essentially given up acting and was studying to be a counsellor. I was working at the Native Women's Shelter of Montreal when I was cast in my first leading role in Rhymes for Young Ghouls, which essentially launched my career and helped me prove to myself that I could actually do it. And it was also the first time that a character and story had resonated with me and reflected my experience. It was hugely influential. Once I got a taste of really being fully creative and letting the character claim me, I was like, 'I cannot do anything else with my life and still be happy."

Career goals: "I am a Native actress and I will always play characters from that culture, because that's inherently who I am and I'm really proud of that. But I'm not limiting or pigeonholing myself into only Native roles. I'm also interested in playing characters where ethnicity isn't mentioned at all; where the person could just be inherently Indigenous. And I kind of hate the term 'strong female leads'—essentially all of the women-identifying people I know are strong women. So I want to find characters who have a lot of agency and are strong and very different. It doesn't have to be all tough badasses. In my mind, my future will look like accepting roles that I'm really passionate about and really inspire me, and then for the rest of the time, working on my own passion projects behind the camera."

Current read: "I just finished Split Tooth by Tanya Tagaq, and I thought it was beautiful and harrowing and brutal."

Up next: Sam Black Crow on Amazon Prime Video's American Gods and Lilith on Netflix's supernatural series The Order. 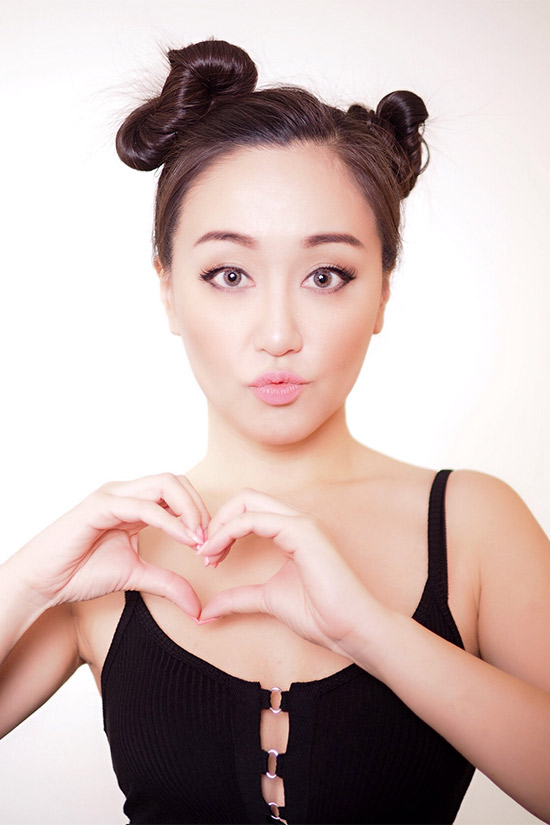 Starting out: "After I moved to Canada, around 2013, I started acting. I was really struggling because I have a thick Japanese accent and my roles were very limited. People told me I had to get rid of my accent in order to be a successful actor. So I took several classes with a dialect coach, but I always felt so wrong about it because this is my authentic way of speaking, and why do I have to fit into the mold of Hollywood expectations? Then one of my friends wrote a comedy play—I was a Japanese housewife—and when I said my first line, the audience started laughing."

Breakout gig: "In Vancouver, there's a café called The Kino Café. Every Tuesday, they have a three-minute slot for brand-new comedians. I prepared for two weeks, practicing in front of my co-workers a lot. When I was waiting for my turn, I was very nervous—I thought I would faint. But as soon as I got on stage, the audience started laughing. I was super happy with how it turned out. I felt like stand-up might be my thing.

Career goals: "I have to say, some people still have the mindset that female comics are not fun, even comedy bookers. I always want to challenge: old ways of thinking, or old stereotypes, or glass ceilings and gender roles, or any misconceptions people might have towards Japanese people. And if people can liberate themselves from wrong misconceptions, I'll be very happy."

Style Inspo: "I really like 1940s-inspired clothing, and trying different styles because I get bored easily. I want to show my personality through my fashion."

Hometown hangout: "My favourite restaurant is Suika. It's a really hip Japanese restaurant and they always have an exciting, unique menu.

Up next: More gigs, of course, after the release of her first comedy album My Name Is Yumi last month. 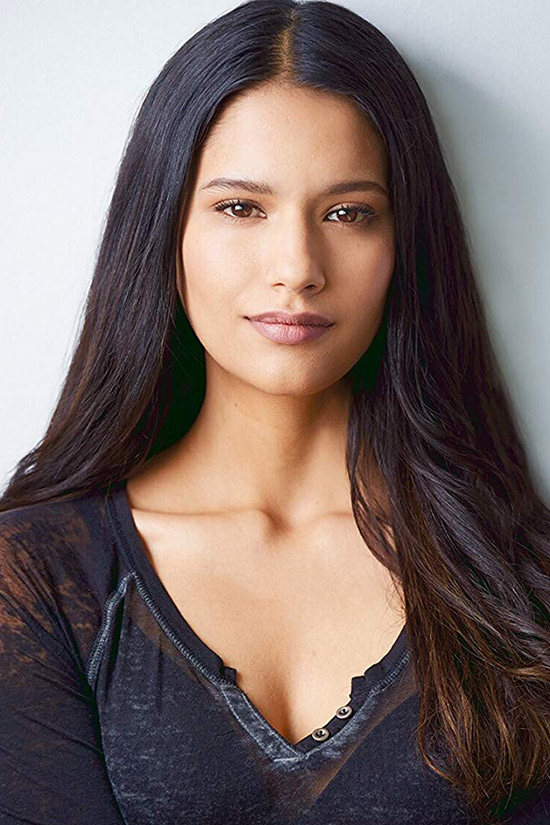 Starting out: "I grew up in a super small community and there was this really great drama feature Of All Things at the community theatre. I just loved it from day one and stuck with it. I was super shy growing up and felt like my voice wasn't being heard, and acting became a way to express things I was going through and feeling. I went to Vancouver eventually because I had testing calls, but I had no idea what I was doing."

Breakthrough gig: "I was doing social work when I heard about this open casting call for Twilight [Breaking Dawn – Part 1]. I was still doing acting classes on the side, so I figured why not try, and it ended up being my first job. It was crazy overwhelming, walking onto that huge set. But it was amazing and opened doors for me."

Career goals: "Because of the way that Indigenous women have been represented in film, it's a passion of mine to change that. They often stay in the periphery of the story—they're silent a lot and the density of their lives is lacking. They're kind of there to be a catalyst support to the white person in the white person narrative. I think that in order for people to build empathy and have an understanding of what Indigenous people have gone through and endured, it's important to know their perspective."

Favourite movie: "The Lord of the Rings. I saw the first one when I was about 12 and loved the fantasy. I get such a nostalgic, happy feeling when I think about those movies."

Hometown hangout: "Hiking at the Baden-Powell Trail, or just walking around family parks around English Bay. I love it there."

Up next: The starring role in Canadian drama Through Black Spruce, in select theatres March 29.

Keep an eye on this spot—we'll frequently be adding up-and-coming Canadian talent who should be on your radar.