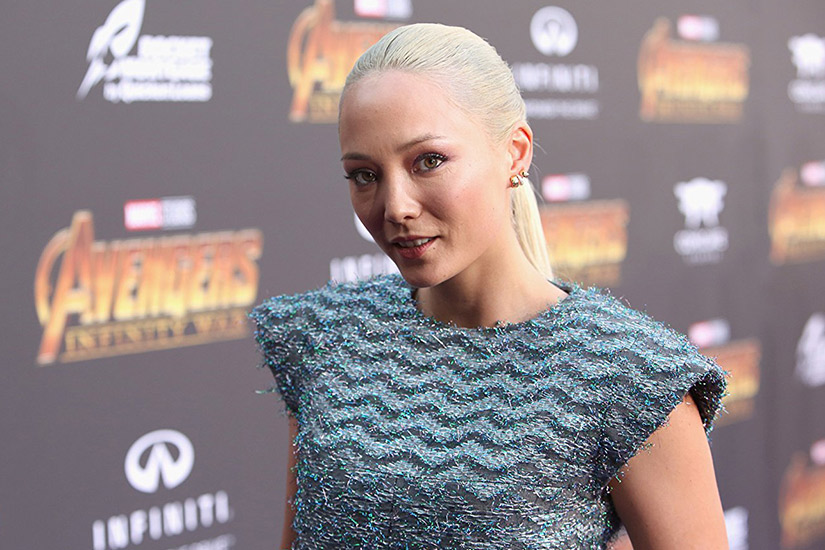 Pom Klementieff cannot remember the title of the book she’s reading. “It’s OK, don’t worry,” I tell the Avengers: Infinity War star over the phone. To no avail. As we continue to discuss her role as Mantis in Marvel’s beloved Guardians of the Galaxy franchise, she’s scouring her L.A. apartment. Eventually we hang up. About 10 minutes, I get an email from the actress via a publicist with the name–she wanted to make sure she passed it along to me. (BTW, the book is The People in the Trees by Hanya Yanagihara.)

This sort of commitment and follow through is exactly why Klementieff is making such a splash in the film world. The French and Korean actress made her acting debut playing Catherine Deneuve’s stepdaughter, appeared in Oldboy (if you haven’t seen it, watch now), and hit gold when she was cast as Mantis. For the uninitiated, Mantis is an empath, which means she can read emotions. She’s also a super badass, as evidenced in Avengers: Infinity War.

How has life changed since you joined the Marvel family? “It’s crazy! A rollercoaster, you know? There is so much love. It’s really amazing to be a part of this Marvel Universe and to travel around the world and meet the fans.”

Marvel fans are diehard for sure. Were you into the comics growing up? “Not really. When fans ask me questions about the character and the comic books, I don’t know what to say. I tell them, ‘you know more than me.’ [Laughs] But, I’m a huge fan of the Marvel movies and I’ve seen them all. Before getting the role of Mantis, I used to watch them in theatres when I lived back in Paris. I would watch them in English, with French subtitles. And now I’m a part of it!”

I love that these film showcase women in powerful roles. “Oh yes, I wish I had that when I was a kid. When I was a kid there was the girl waiting to be saved by the guy and now it’s much different. I love that.”

How long was hair and makeup? “To get ready completely hair and makeup, costume, everything it would take maybe two-and-a-half hours. Which is not that bad compared to characters like Gamora [a green hero played by Zoe Saldana] I know that for Karen who plays Nebula sometimes she has a pickup call at 2 a.m, it’s kind of insane.”

You’re often at fashion week and have great red-carpet style. Is dressing up fun for you? “Oh yes, I love to do that! You can be so many different characters. I love to play with hair and makeup too. When I work with a makeup artist and a hairstylist I Google ‘hair inspiration.’ Of course I love to have a discussion with the artist. It’s a conversation, I’m not a dictator. [Laughs] For clothes, I work with Petra Flannery as a stylist – she’s really amazing and I’ve admired her work for a long time. Everything that she’s done with Emma Stone I think she’s just perfectly dressed all the time. And she’s so chic, you know? She has a very European approach of fashion– something that is stylish and that is not going for sexy. I think sexy is great, but I don’t think it’s that interesting.”