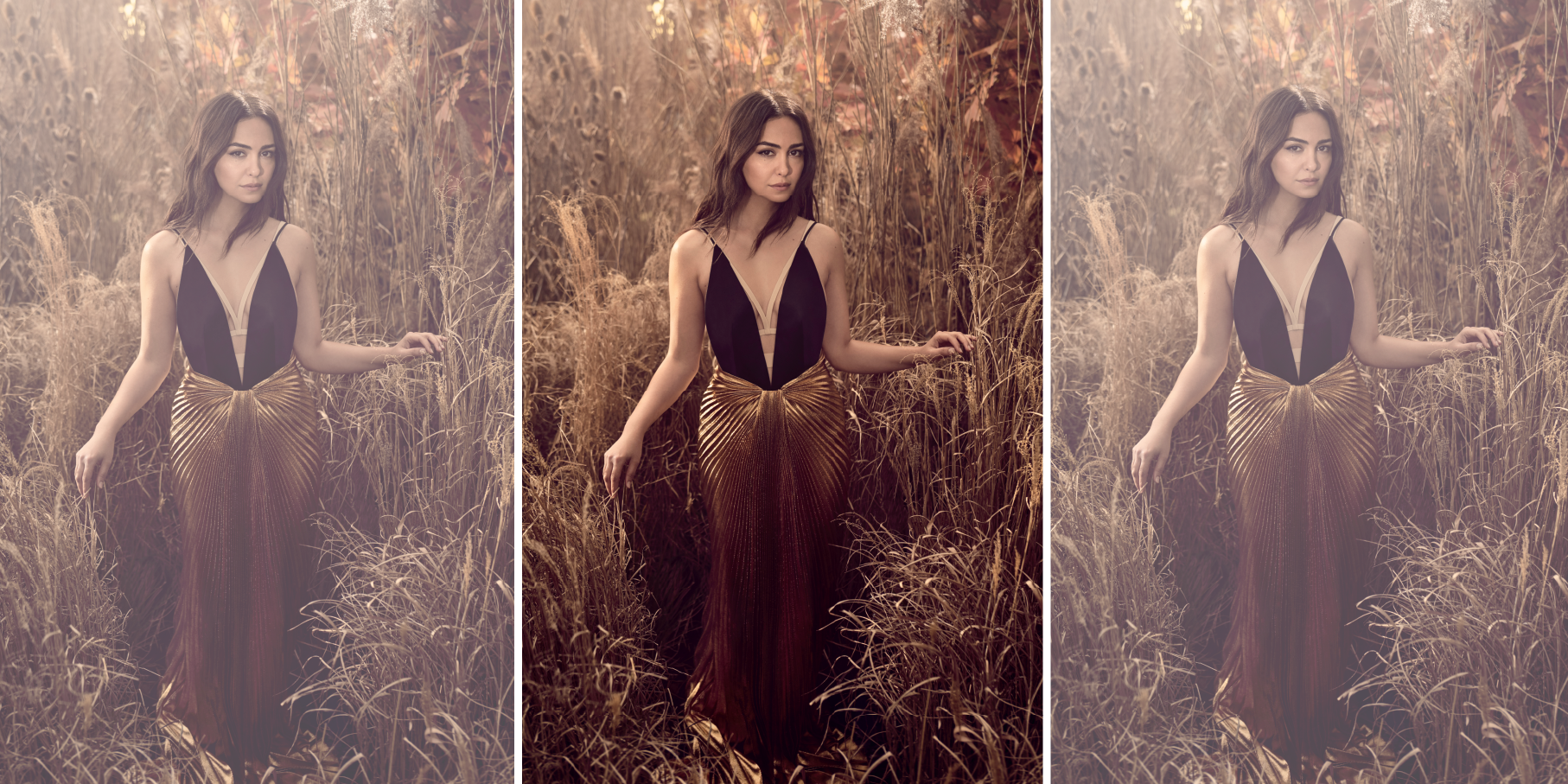 It took months for British-Iranian actor Nazanin Boniadi to officially land the role of fierce caregiver Bronwyn in Prime Video’s massive Lord of the Rings TV series, The Rings of Power. The process started back in early 2019, when the star whom you’ll recognize from projects like How I Met Your Mother, Homeland and Hotel Mumbai sent in her first self-tape. There were three more auditions after that, and then, finally, she got word that the showrunners wanted to meet with her. “I later found out that they were looking for [whether] the actors had Middle Earth in their eyes,” she says from London when we speak ahead of the show’s premiere earlier this fall. It’s a test she obviously passed, because a few weeks later, she was moving to New Zealand to embark on a one-of-a-kind journey. Boniadi, who is also a vocal activist with a focus on human rights in Iran (especially now with the current uprising), still isn’t quite sure what the writers saw in her eyes, but she knows she shares something unique with her fellow cast members. “What I see when I look at this cast is [a group of] people who are truly, deeply connected to their characters,” says the actor.

“Doing [a] Lord of the Rings [show] comes with a huge responsibility, and that can be daunting. All of us actors naturally put a lot of pressure on ourselves to do the best we can, and then it becomes what it will become in post-production. We hoped it’d be really great because we put so much time, effort and love into creating it—and we really became each other’s default family because we were away from our [own families] in New Zealand mid-pandemic. When we saw the first three episodes together at Comic-Con, it was really magical. Immediately, a bunch of us were crying and hugging each other, going: ‘What a relief. It’s good—it’s everything we hoped [it would be] and maybe even more.’”

“I do a lot of human-rights work for my homeland as an ambassador for Amnesty International. In my work over the past decade, I’ve spoken to a lot of women on the ground in Iran who are at the forefront of the movement for democracy and freedom, and they risk everything for a better tomorrow. That inspired me with Bronwyn, because she’s a lioness working hard to redeem her people. She feels like a fantastical version of myself, and I channelled everything I learned from my activism—and the strong women I’ve worked with—into this character.”

“I did a deep dive into Tolkien when I got this job, and I specifically remember reading an essay he wrote about the importance of fantasy. I remember thinking, ‘Now I get the obsession.’ Fantasy brings an audience into a world where they can comfortably explore their existential longing and most basic human dilemmas. There are questions about love, trust, loyalty and hope things we all experience wherever and whenever we live in the world. Yes, it’s exciting escapism, but there’s something [in it] we can all relate to.”

“My amazing stylist, Erin Walsh, is such a believer in having fun with fashion. I won’t lie—I grew up sort of taking a conservative approach. I knew what worked for me, and it was very safe. There’s nothing wrong with that—it’s a choice, but some women don’t have that choice. For the press tour, we decided that my outfits should be based on my character and that they should be fun, empowering and liberating. Every outfit I’ve worn has made me feel that way, and I think that’s the essence of fashion: wearing something you feel good in.”

“I wanted to be a doctor when I was young because I wanted to help people. That was six-year-old Nazanin’s driving ambition in life. Once I realized that I wanted to be an actor, the immediate thing in my mind was ‘Oh, no, does this mean I don’t want to help people?’ But I quickly realized that helping people comes in all kinds of forms. That’s why my activism means so much to me. I’ve been to Capitol Hill and testified in front of Canadian Parliament—this isn’t something I only do for interviews. My parents were political refugees; I left my homeland when I was 20 days old and visited once, and now I can’t go back. But the least I can do is amplify the voices of the people who are there.”

Read more:
These Are the Best TV Shows of 2022
Getting to Know Lucy Liu
Artist Yumi Nu Lives in the Now