The Mississauga native is ready for her big moment. 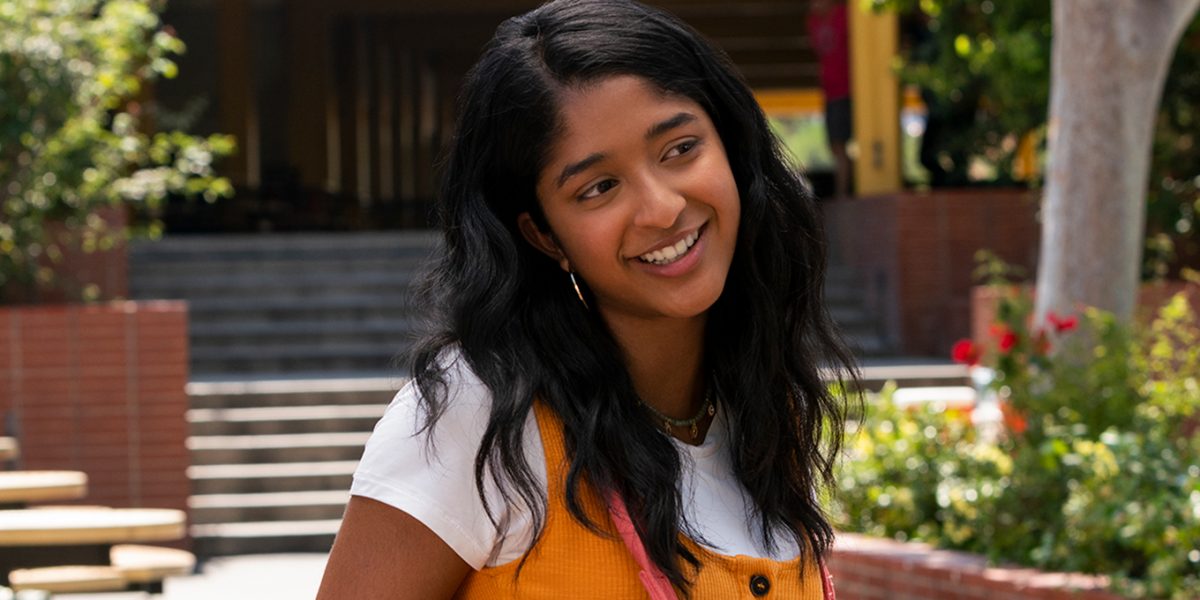 There’s no place like home – even when the alternative is setting up base in L.A. because you’ve landed your dream job as the star of Mindy Kaling’s upcoming Netflix series. Just ask Maitreyi Ramakrishnan, the 17-year-old Mississauga native cast in the aforementioned comedy.

“I was really excited to see my dog [when I first got back home]. She’s a goof,” Ramakrishnan tells us over the phone from Toronto. “I haven’t been away from her this long before, so there’s this separation anxiety.”

Ramakrishnan is back home for the Labour Day long weekend, on a brief hiatus from filming her role as Devi, “an overachieving high school sophomore with a short fuse,” in the yet-to-be-titled coming-of-age series. The Tamil-Canadian actress made waves earlier this summer when it was announced she beat out 15,000 other applicants to win the coveted role.

The show – which Kaling co-created with Lang Fisher, who also wrote on The Mindy Project – follows the modern-day life of a first-generation Indian-American teenager. It’s also loosely based on Kaling’s own childhood. “We feel so much excitement to be bringing this story to life, and a responsibility, too. Depicting what it’s like to be a young Desi woman right now—a real girl with real desires, ambitions and problems. Not just Indian American culture presented to us as side characters on a show,” Kaling wrote on Twitter announcing Ramakrishnan’s casting. “We love that this extremely special and hilarious young woman gets to help us tell that story.”

For her part, Ramakrishnan also knows that there’s a responsibility that comes with the role. “I just want to make sure that I’m opening doors for other people and showing that [this kind of] representation is really important,” she says. “I want to make sure that people understand that this isn’t the end and that there’s definitely room for more.”

It sounds like a lot for a recent high school grad to be taking on, but when asked if she feels any pressure about the inevitable attention, she doesn’t even hesitate. “Not really. It’s a huge honour, but I feel like I’m ready for it. I’m confident in who I am. I’m very proud to be of Tamil culture and to be Canadian – that’s not something I ever want to lose. And this is something I really, truly want.”

Ramakrishnan has always been creative (she’s been a singer and played piano for years) but didn’t get into acting until her high school drama teacher – who she says has been “a big mentor in my life” – encouraged her to join the school’s theatre department. It was while doing after-school plays and musicals that the teen realized she wanted to make a career of it. The plan had been to attend York University, which Ramakrishnan says she still wants to do.

But then Kaling came calling. Or, more accurately, Ramakrishnan’s best friend saw Kaling’s open casting call, encouraged her to audition and the pair enjoyed a fun day doing something new and exciting. And, after callback auditions in L.A., when Ramakrishnan finally got the life-changing news (while surrounded by family), the first person she told was her best friend. “I do owe her big time for helping me out,” she says. “She was over the moon. Also speechless. We had a moment of silence together. It was awesome.”

The series isn’t expected to drop on the streaming service until 2020, so there’s still a long wait ahead of seeing Ramakrishnan make her screen-acting debut, but the teen is taking advantage of her time in L.A., heading to tourist spots in between filming. Her favourite spot so far has been the Universal Studios theme park because she loves Harry Potter. She quickly proclaims she’s a bold, courageous Gryffindor; it feels exactly right.

Our conversation only lasts about 15 minutes, but it’s immediately clear that she’s enthusiastic, poised and unafraid to take on whatever challenge comes her way. Ramakrishnan is approaching it all with a confidently-cool ease. “Throughout the whole audition process, I kept reminding myself to be true to who I am. That’s what made them like me in the first place,” she says. “Now, whenever I doubt myself, I remember they picked me for a reason, so I must be doing something right.”