Her new series, Tribal, airs on APTN on Thursday nights. 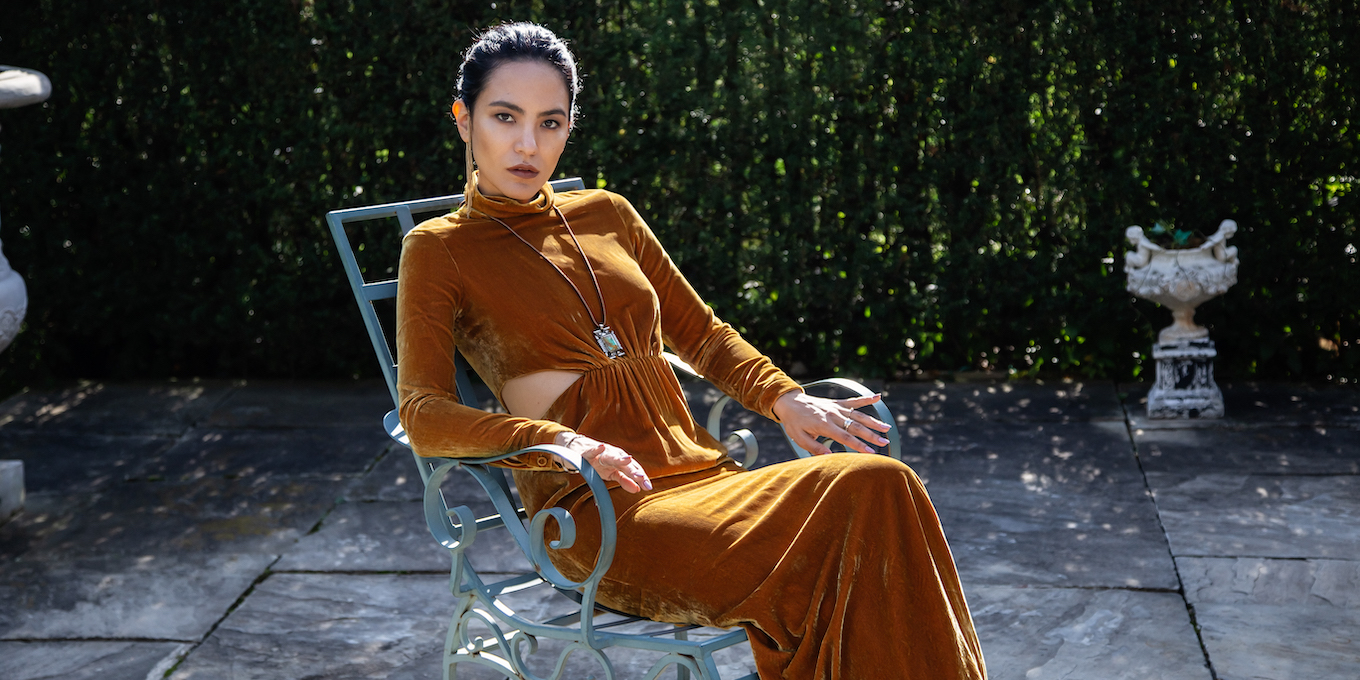 When we catch up with Indigenous Canadian actress Jessica Matten in Toronto, the city she once called home, there’s a lot on the Los Angeles-based actress’ plate. She has a schedule full of press interviews for her new crime drama, Tribal, and, of course, she wants to visit with family and friends. “My buddy Jason Momoa is back in town shooting the second season of his show,” Matten says of her former Frontier co-star.  “We’re like brother and sister. So I’ll meet up with him to say ‘hi,’ grab drinks with friends and then peace out again.” (Casual.)

Tribal, which airs on Thursday nights on APTN, is an all-too-rare example of a series that not only puts an Indigenous woman at its centre, but also has a predominantly Indigenous cast. In the crime drama, Matten (who you may also recognize from Burden of Truth and Blackstone) stars as Sam Woodburn, an Interim Tribal Police Chief navigating a male-dominated field and the politics of having to work in tandem with a white police force. Tribal also draws inspiration from real-world cases, including social services and missing Indigenous women, to examine the issues impacting the Indigenous community today.

We hopped on the phone with Matten to talk about her new role, what drives her and how she prioritizes giving back to her community.

How did you get involved with Tribal?

The creator of Tribal, Ron E. Scott also worked on this show called Blackstone. I put something on an audition tape for him years ago, and he really liked it but said that I was too feisty for the role he originally intended. So he wrote me a new character, and I came in for Blackstone the season after. I came to that set prepared. I was young and just so grateful to be there.

[By the end], Ron told me, “Thank you for being so prepared and so awesome. We want to work with you again in the future.” And the cool thing about Ron is that he won’t waste your time and give you false hope. I got a call from him three years after wrapping Blackstone and he goes, “Hey, Jess, I’m thinking of writing this show and I want you as the lead. Let’s go.” He actually wrote me this role and I’m forever eternally grateful to him. He’s a storyteller who keeps taking risks on this nobody who’s just trying to fulfill her dream.

What can you tell us about the show and your character, Sam?

First of all, I’m really excited for people to see this character – she’s like a superhero. I think it’s a really positive portrayal of a Native woman. She’s strong and intellectual and I hope it really helps [break down] any stereotypes [that the general public] thinks of Indigenous women. Sam is an outside-the-box character. She’s a tribal police officer from a reservation, and she has to work with a municipal officer and ends up dealing with the prejudices from old-time cops who are mostly white men. The show is about these two people from completely different worlds coming together and they have to navigate solving crimes while also dealing with their own prejudices.

When did you realize you wanted to be an actor?

As a kid, I had a very tough upbringing. I was in, like, 26 different homes on different reserves by the time I was 21 years old. That’s because my mom is a product of the generational trauma that most Indigenous people experience in this country. She was doing the best to her ability. Acting was never on my radar. I ended up moving to Vancouver and realized film was a major industry there. I started googling different kinds of jobs and submitted headshots to talent agencies.

[When I was starting out], I knew the kind of roles I wanted to portray didn’t exist at the time. I really wanted to shift how we view Indigenous women specifically because it has a lot of impact on how we’re treated in real life. I’ve turned down a lot of big roles because I felt that the characters were over-sexualized. I owe it to my people and my culture to help break the cycle of how we’re portrayed on screen. I just want to do well by others and by my family as well.

As someone working to establish herself as an actor, is it scary to turn down roles like that?

It’s extremely scary. And it’s not always a quick no. There was this pilot for a big graphic novel at a big Hollywood studio. I did my research and read the series and [realized] the character was an over-sexualized drug addict. I struggled a lot. On one hand, I needed that money; I was trying to make it. But I stuck to my guns. I couldn’t live with myself if that’s what I was putting out there.

What do you look for in projects?

I want to know how many times a woman’s clothes have to come off and why. That’s my biggest thing: Why? If there’s a purpose, sure. But I want to understand it. I look for characters who are not one dimensional. And I am interested in characters who are broken, but I always want to know why and find out how they triumph despite their circumstances. I think that makes for interesting storylines. My goal is to portray strong Indigenous women because growing up, that’s what I needed to see. I am constantly surrounded by strong, resilient Indigenous women. We’re not weak.

Have you noticed a change in the quality of roles since you started out?

One hundred percent. We have people like Taika Waititi writing roles for people who aren’t seen in media quite often. The roles are a lot juicier and more human. That’s so beautiful. And all of these streaming services are an incredible gift because they’re allowing more storytellers to tell their truth.

You’re a passionate advocate for the Indigenous community as well. Can you tell me a bit about that work?

I’ve been doing this work before I even got into acting. My mom and I run a [health and wellness] not-for-profit called Lemon Cree. We travel to the most isolated reserves across Canada and meet with people who need inspiration in their life. We’re constantly looking to expand, and I want to give back as much as I can. And I truly believe Tribal is going to help raise the bar.