Here's how the wrong Best Picture winner was announced 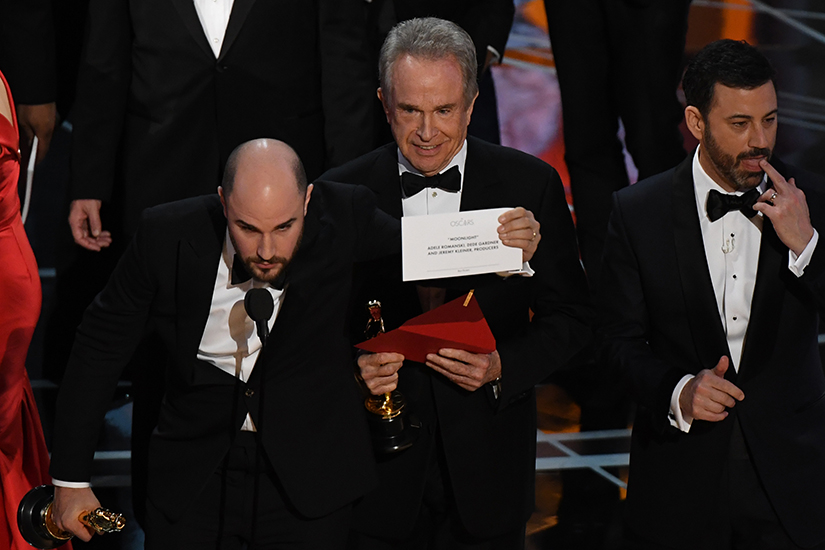 Here’s a comforting thought: There’s very little chance you will do anything as high key cringeworthy as what Warren Beatty did last night at the Oscars.

Unless you were planning on announcing the wrong winner for Best Picture, too?

The moment—immediately pounced upon as #OscarGate—still seems a bit surreal. At the time, while still on stage, Warren explained that he opened up the envelope to find a card that read “Emma Stone, Lalaland”. Beatty, clearly feeling something was wrong, can be seen checking in the envelope for another card, before consulting co-presenter Faye Dunaway, who just went for it and announced: “Lala Land!”.

Cue everyone in that case rushing the stage, celebrating, and then a man coming up to the microphone saying: “Moonlight has won best picture. This is not a joke.”

In the hours that followed, we’re getting further details on how something like that happened. According to PWC, the accounting firm that handles the maintenance of the secrecy of the winners, released a statement that basically said: We messed up, he was given the wrong envelope, and we’re launching an investigation to see how that happened.

And while, yes, thinking you won best picture and then having it taken from you literally while you’re accepting the award sucks, LaLaland did have an otherwise succesful night: Emma Stone won best actress and Damien Chazell became the youngest best director winner at 32.