Didn't get enough Hot 100 trends in our January issue? Here are more trends to keep you in-the-know in 2010. 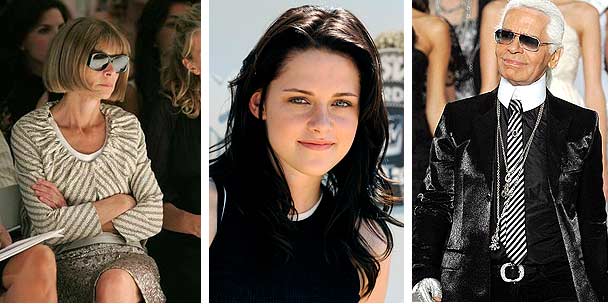 Most feared editor
2009: Anna Wintour
2010: Anna Wintour. Did you see The September Issue? We’ll remember that for at least the next 12 months.

Twilight darling
2009: Kristen Stewart. Her maybe/maybe-not romance with Robert Pattinson made every headline — as did her hair, an homage to Joan Jett for her upcoming role in The Runaways.
2010: Bella who? Anna Kendrick, who plays Jessica in the tween smash, stars with George Clooney in Up in the Air.