The case for enjoying bread

Reconsider what you think you know about flour. 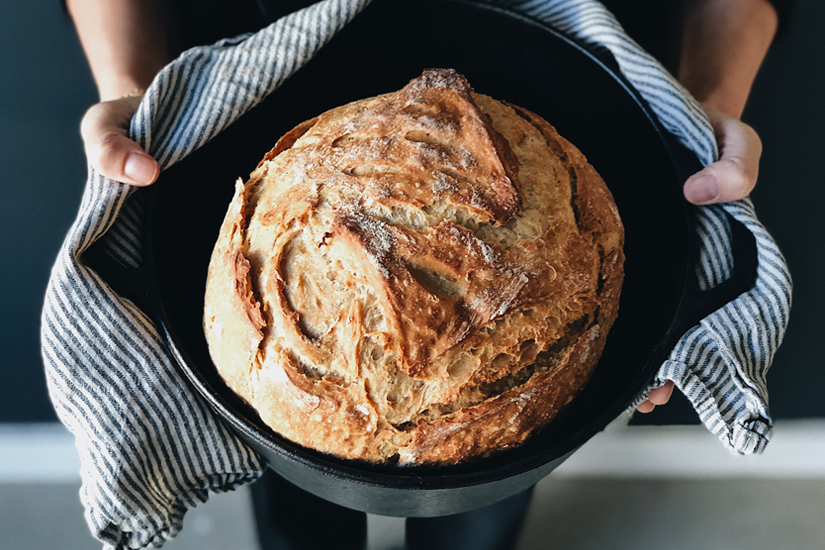 Oprah, if you recall those Weight Watchers commercials, is a big fan too. Makeup guru Bobbi Brown recently told The New York Times that she loves the stuff (preferably covered with butter) more than her children. But not everyone is into it, and I understand why.

Bread, particularly white bread, has a bad rep for being low in nutrients and high in calories. At work dinners, when it’s placed on the table, people wonder aloud if they dare eat it. If it’s the right bread, I say “Hell, yes”—and a handful of Canadian companies agree with me. At Vancouver-based dry-goods company Grain, co-founders Shira McDermott and Janna Bishop say they are on a mission to “revolutionize” the way people consume flour. Quality-wise, they deem the all-purpose variety to be one of the worst offenders of all flours because of how highly processed it needs to be in order to be shelf-stable. Using an in-house stone mill imported from Austria, they grind the entire grain of wheat—the bran, germ and endosperm—which leaves the natural oils intact, resulting in a more flavourful and nutritious flour. Comparatively, most store-bought white, or all-purpose, flour will contain only the starchy endosperm and none of the more perishable fatty germ and fibre-rich bran. (Fibre, as we know, is key to digestive health. “The good bacteria in your microbiome love fibre,” says Toronto-based registered nutritionist Nanci Guest. Keeping a healthy population of them is good news for things like our immune system and cognitive functioning.) To make the finer varieties used in bread and pastries, Grain simply sifts out the larger particles of bran.

Other Canadian companies, like Anita’s Organic Mill in Chilliwack and True Grain in the Okanagan Valley, both in British Columbia, are also offering made-to-order flours milled from Canadian wheat, which is regarded as some of the best in the world. What distinguishes Grain, says Bishop, is that its products are “fully traceable”—its wheat is purchased directly from Canadian farmers, so information on the areas in which it is grown is available online.

Claire Saksun, wine director at Vancouver’s Royal Dinette restaurant, where a variety of breads baked from freshly milled grains are served, says that customers demand traceability in most foods—consider how you might order seafood (Pacific or Atlantic salmon?), eggs (free-range or caged?) and vegetables (organic and in season?)—but seem to forget about raw products like flour. “People don’t think of flour in the same way as fruits, vegetables and wine,” she says. “But they should.”

If the nutrition argument doesn’t sway you, consider that using freshly milled flour also results in better-tasting bread. “It is so much more flavourful,” says Patti Robinson, a veteran baker of 10 years who uses flour from Ontario’s Merrylynd Organics Farm to bake loaves that are sold at Paris Paris restaurant and farmers’ markets in Toronto. “You can taste the difference from grain to grain, and even from farmer to farmer, based on how they treat their soil, where they are geographically located and how their season went.”

Pass me the olive oil.