How Not to Take on the Zenhive, Chapter 1. 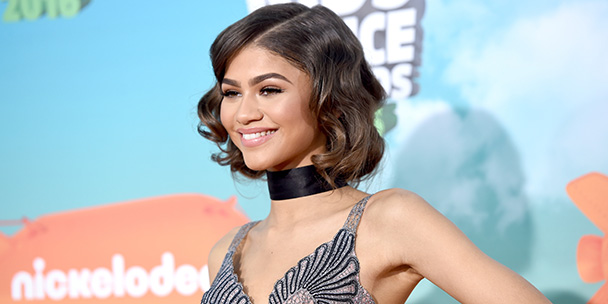 On Saturday, Zendaya was minding her own business, accepting her Favorite Female TV Star award at the Kids’ Choice ceremony. Elsewhere in America,at that very moment, a comedian named Julie Klausner was composing the tweet that would ignite the biggest Twitter storm since…uh, Kim’s naked selfie last week.

Klausner, who’s the creator and star of Difficult People, tweeted out a pic of Zendaya accepting her award, captioning it: “thinspo model for your impressionable tweens”.

She followed that with: “You don’t have to have an eating disorder to attend the Kids’ Choice Awards…but it helps!”

“I will never stop criticizing celebs who perpetuate dangerous beauty standards for a generation of girls who grow up thinking they’re fat.”

At this point, Zendaya responded: “Do you find this funny? I will write another paragraph to educate you as well #youreallywannabenext?”

After this, Klausner spent some time tussling with the Zenhive, eventually extending ‘an olive branch’ (of sorts) to the star and her fans and clarifying:

“I’m concerned with the generation of girls who aspire to look like Zendaya. I do not worry about Zendaya’s health or care whether she eats.”

9 incredible times Emma Watson made us stand up and cheer