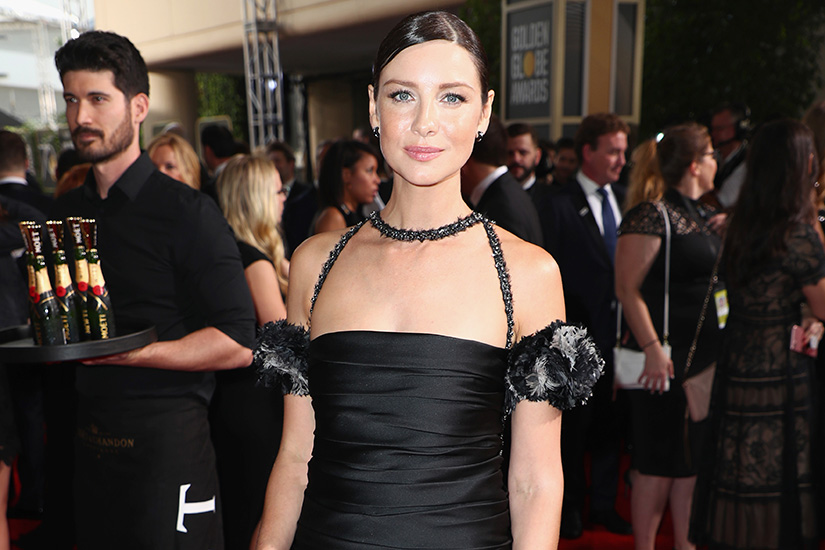 Caitriona Balfe is engaged…but it’s not to her Outlander co-star, Sam Heugahn, much to the disappointment of many who’d long hoped life would immediate (very passionate, super romantic) art.

Instead of making ‘shipping dreams come true, Balfe is now settling down IRL with her boyfriend Tony McGill. They’ve been dating for two years, but Balfe has kept the relationship very private, which is why we were actually a little surprised when she confirmed the news on last night’s Globes red carpet. Congrats guys!

Still, if you’ve been a little too convinced by their excellent onscreen chemistry, you might feel a little twinge of sadness that it’s not the Jamie to her Clare, her Outlander co-star, Sam Heughan. To which we would say: They’re really good actors doing their jobs really well.

Oh, and here’s a close up of the 38 year old Irishwoman’s ring! The proposal, by the way, happened “over the break”, she told People, and she’s “very happy”.