The Golden Globes Has 1400 Guests. Here's How They Decide Where to Put Them. 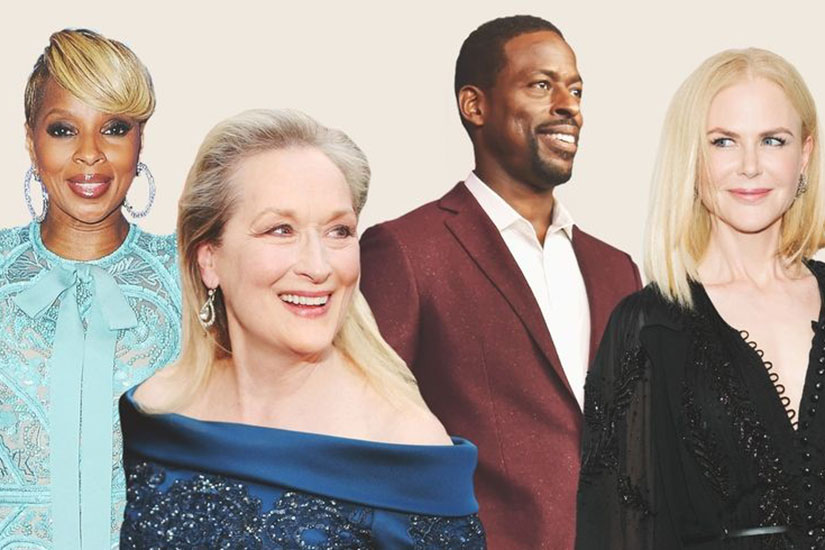 Every year, the official start of awards season is heralded by the Golden Globes, one of the few award ceremonies that celebrates movies and television in the same room. That fact alone makes the Globes a uniquely challenging show to plan and execute—in the Peak TV era, there’s more competition than ever for recognition, and more A-list stars appearing on the small screen.

So how, exactly, does the Hollywood Foreign Press Association decide who sits where on the night? In the run-up to this Sunday’s awards, ELLE.com sat down with Jorge Camara, HFPA’s Chairman of the Board, to get the inside scoop. Camara first joined the HFPA in 1968, and has spent six years as HFPA President, among several other board positions.

Below, Camara talks all about creating a star-studded seating chart, fielding requests from guests who want to sit together (or don’t), and who the most difficult guests really are. Hint: It’s not the A-listers.

The Golden Globes is held in a relatively small venue—the Beverly Hilton ballroom seats around 1400 people, whereas the Oscars’ Dolby Theatre seats 3400—and that’s deliberate.

“It means that we have to say no to a lot of people. In 2017, the room sat 1371 guests, so it’s large enough but still has a feeling of intimacy. We could get a lot more guests to attend, but we really think that feeling of intimacy has worked the best for the Globes. So each nominee can bring one guest, and each studio can bring a representative, and then if they require more seats for family or something like that, we have to wait and see if we can accommodate them. Usually we can, but that’s where the problems start.”

It’s not the stars or their representatives who get to choose who sits where, but the Globes camera crew.

“Remember, this is also a television show! We base a lot of who is seated where on camera range. What we call the pit, which is the tables closest to the stage, and also the first elevation, those are the seats that can be seen on camera. That’s where we have to seat the nominees and the big stars, the people who are known and loved by the audience. Usually what we try to do is to have at least four or five big stars at each table. Each table seats twelve, so that would be four or five stars, their guests, plus another guest or studio head or a producer. That’s how we try to work it, so that when the camera does a run of the room, you see it full of stars.”

But guests can still make requests to sit with friends—or avoid enemies.

“Sometimes they say who they want to sit with, and sometimes they tell us who they don’t want to sit with! And we try to accommodate that. Once the seating chart is set, the production company makes sure everybody sticks to it on the night, because it’s so important when they have particular people on camera. They make sure that everyone stays in the seat that they’ve been assigned.”

Not even the seating planners know who the winners are until they’re announced, so there’s no link between a star’s seat assignment and their chances.

“Ernst & Young are the accountants that take care of the votes, and they would never, ever let us know something like that! We may guess, but sometimes we’re right and sometimes we’re wrong. We just try to be even as far as the nominations, and seat the nominees accordingly.”

The most demanding guests at the Globes? Not who you’d expect.

“It’s never the big stars who demand the most—it’s the executives. It’s very important to them to be seated in what they perceive as the best seats. It’s interesting this year because in the past, the one who demanded the most every time was Harvey Weinstein. They always got a lot of seats because they always had a lot of nominations, but still I felt sorry for the PR who worked for [the Weinstein company] who had to come with their requests!”

Guests are free to get as political as they want on stage, as with Meryl Streep’s instantly iconic anti-Trump speech at this year’s Globes.

“We don’t encourage and we don’t discourage it. The winners are free to say what they want, and certainly Meryl Streep got a lot of notice for her speech, and you could see other awards shows following suit. With the Cecil B. DeMille Award, they do a rehearsal and so we get a sense of what they’re going to be saying, but I don’t remember Meryl saying during the rehearsal what she said on the night. So you never know.”

Despite the envelope disaster at last year’s Oscars, the Globes welcomes unscripted moments.

“It’s very unpredictable, you never know, but the production company knows what it’s doing. We don’t have any worries with them. So far, anything unscripted that happens has been to our benefit, because it makes the Golden Globes more like a fun party. Everybody has dinner and drinks beforehand, so people are more relaxed and enjoying themselves.”