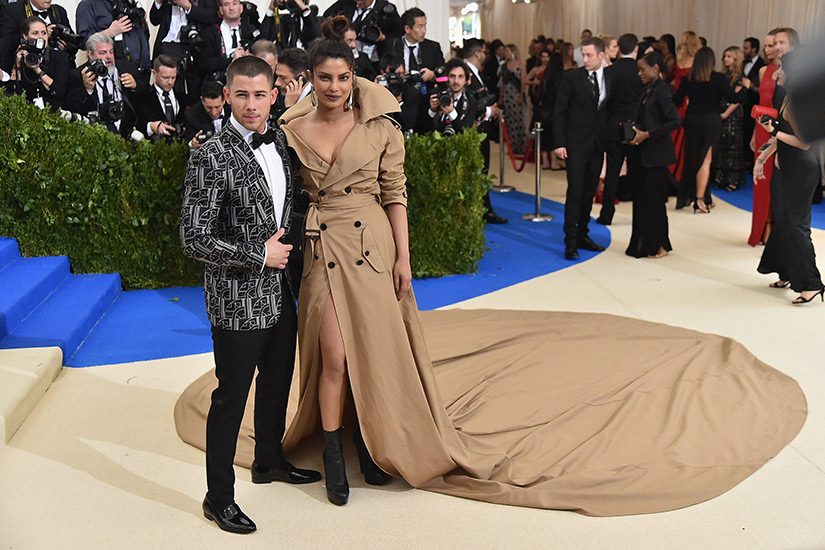 Before going Instagram official with their engagement, there was one thing Priyanka Chopra and Nick Jonas needed: her mom’s approval!

And in a recent interview with DNA India, the actress’ mom, Madhu Chopra, revealed he had it. “Nick is calm and mature. He’s a wonderful person and everyone in the family just loves him,” she said of the 25-year-old singer. “He’s so polite and respectful towards elders. What more can a mother want!”

Jonas and his parents travelled to India last weekend to meet Chopra’s family and celebrate their engagement (Chopra’s mother said the Jonases are “nice people”). The couple posted photos from the festivities on Insta, officially confirming their relationship status for the first time.

The only way to do this… with Family and God. Thank you all for your wishes and blessings ??♥️?

“I always trust Priyanka’s judgement; she’s not impulsive,” Madhu explained. “She gave it a lot of thought and when she decided on something, I was sure it would be good.”

The 36-year-old star’s mother also added that no wedding date has been set as of yet, as both Chopra and Jonas are busy with work commitments—but she does want them to have a traditional Indian wedding.

“Priyanka has always been ambitious about her career and I was just supporting her and wishing the best for her, as a mother,” she added.