Meanwhile, Kourtney is on a romantic getaway in Europe with Travis Barker. 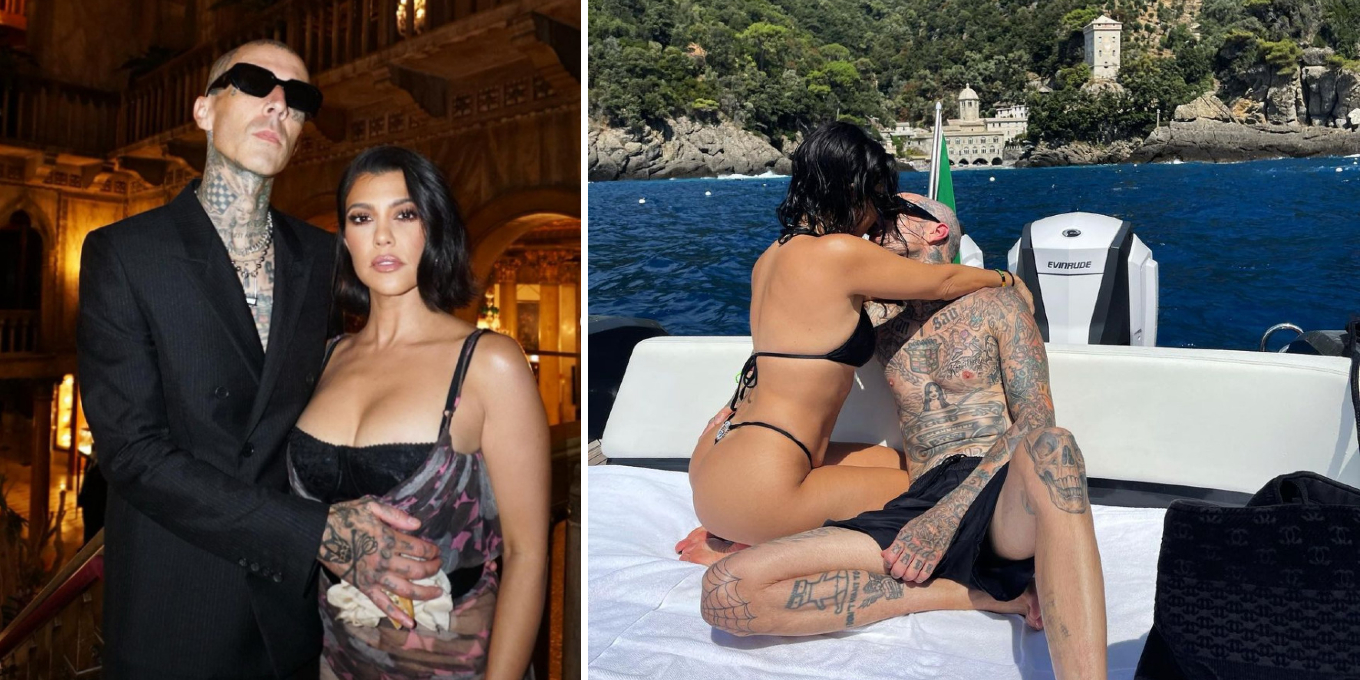 Kourtney Kardashian and Travis Barker have taken their steamy romance everywhere, from the ski slopes in Utah to the beach in Cabo San Lucas with PDA at every turn. On their most recent getaway, the couple traveled to Italy for a glam appearance at the Dolce & Gabbana runway show. But as it turns out, not everyone—ahem, Scott Disick—is a fan of Kardashian’s new romance.

The latest drama in the Kardashian world comes courtesy of Kourtney’s ex-beaus Younes Bendjima and Disick, the father of their three children, Penelope, Reign, and Mason. On Monday, August 30, Bendjima took to his Instagram Stories to share a screenshot of an alleged conversation he had with Disick via Instagram DM. “Yo is this chick ok!???? Broooo like what is this. In the middle of Italy,” Scott allegedly wrote to Bendjima, referring to a photo of Kardashian and Barker making out in Venice, Italy. Bendjima, clearly #TeamKourtney, responds by telling Disick, “Doesn’t matter to me as long as shes happy. PS: i aint your bro.”

If you recall, Kourtney and Younes began dating in 2017 and were on and off for a while before calling it quits in 2018.

Kourtney hasn’t responded to the drama with her exes, nor has the drama stopped her from posting more photos of her and Barker’s European tour (they’re currently in Paris). Today, Kourtney posted a link to a Poosh article, writing, “How to Get Over Someone Who Treated You Badly.” 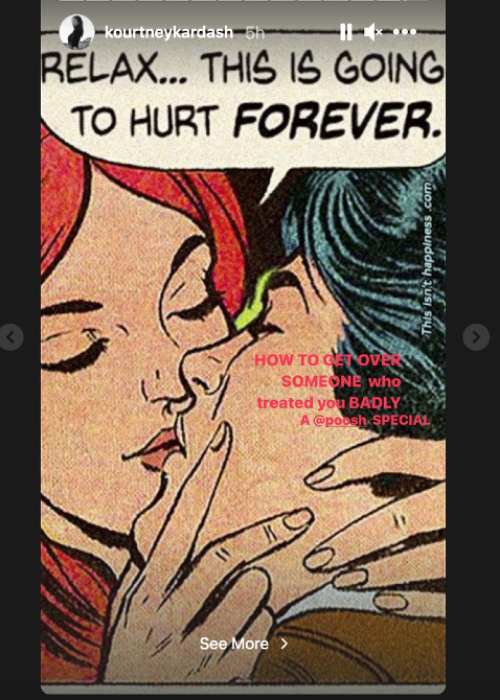 Coincidence? We think not. A source told E! that Kourtney is aware Scott “still has issues accepting her love with Travis,” adding that Scott should “know better than to reach out to Younes of all people. Younes can never be trusted and Scott knows that.”