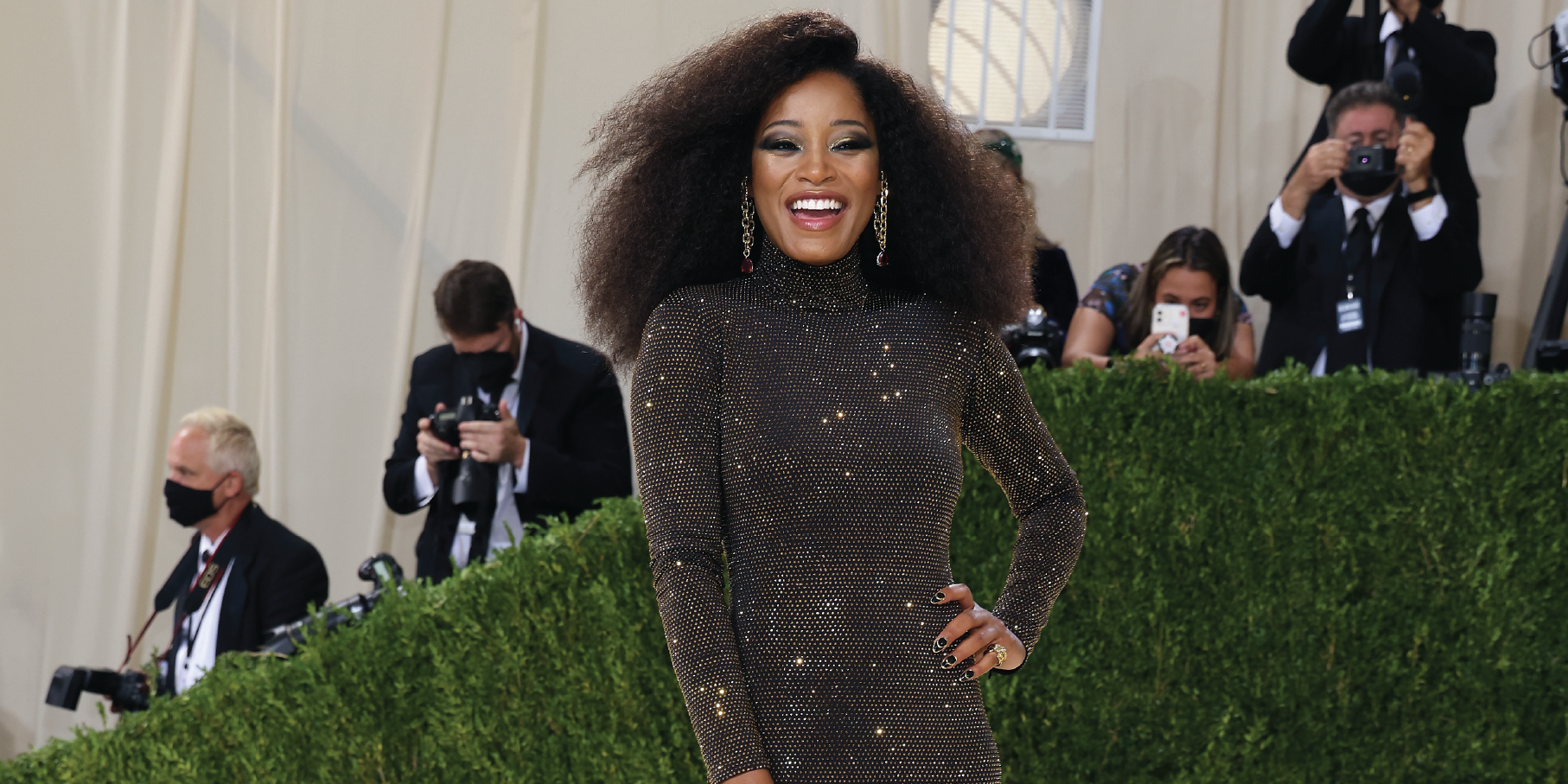 On Saturday night, Keke Palmer hosted Saturday Night Lvie, and she used her opening monologue to clear up some rumors about herself. Everyone has been saying she’s pregnant—and they’ve been right!

“I’m especially glad to be here though, because there’s some rumors going around,” Palmer began. “People have been in my comments saying: ‘Keke’s having a baby,’ ‘Keke’s pregnant,’ and I want to set the record straight. I am.”

She then opened her coat to quite literally reveal her pregnancy to the audience, who cheered wildly for Palmer’s happy news.

“I’ve gotta say though, it is bad when people on the internet spread rumors about you, but it’s even worse when they’re correct,” Palmer continued. “I was trying so hard to keep it on the down low, because I’ve got a lot of stuff going on. People kept coming up to me [saying] ‘Congratulations,’ I’m like ‘Shh! Can y’all stop, I’ve got a liquor sponsorship on the line. Let the check clear, then we can get to the damn baby shower.”

She concluded, “But honestly this has been the biggest blessing, and I am so excited guys—I’m gonna be a mom!”

It was a great kick-off to the evening for Palmer, who was joined by SZA as the musical guest for the episode.

Rumors of Palmer’s pregnancy began in November when she arrived at the CFDA awards in a large Carolina Herrera ballgown. The Nope actress looked stunning, but the outfit definitely has a strategic feel to it. The voluminous, flower-patterned gown was cinched with a matching belt just under her bust, creating a belly-camouflaging affect.

Palmer is having her baby with boyfriend Darius Jackson, who she started dating in the summer of 2021. The pair met through Darius’s brother, Sarunas Jackson, who worked on Insecure. Palmer had a cameo on the series.

Though she is generally private about her relationships, in an interview with Bustle in March, Palmer shared, “This is the happiest I’ve ever felt with someone.”

She added, “So why would I go out of my way to hide this person? That’s a lot more work than just living in my life and being in my life.”

Read more:
Blake Lively Is Pregnant With Her and Ryan Reynolds’ Fourth Child
Zendaya & Tom Holland Are a Modern Day Hollywood Power Couple, Here Is What We Know About Their Relationship
Let’s Talk About Clique Culture