In many ways, the social dynamics of the fashion industry—with its obsession with who and what is in or out—have been likened to those of a high school. In the school of fashion, designer-celebrity relationships seem to fuel popularity and dictate rankings.

At Valentino’s fall/winter 2022/2023 couture show, a Mean Girls-esque gathering of celebrities clad in pink pieces from the label’s Pink PP collection set social media ablaze thanks to their hot-hued attire at the peak of Barbiecore. Don’t Worry Darling leading lady Florence Pugh, fellow actor Anne Hathaway and a fuchsia army of fashion influencers were among the stars dubbed “Valentino Barbies” in a viral TikTok by Toronto- based style commentator Laura Palombi labelling fashion’s modern It squads based on celebrities’ alignment with designer brands. Megan Thee Stallion and Lourdes Leon appear as part of the “Mugler Mafia,” while Jared Leto and Harry Styles are noted as being part of the “Gucci Gang.” Celebrity-clique culture in fashion is subject to change from season to season, but the artist-muse relationship—or, more to the point, the designer-celebrity relationship—is nothing new.

Through the historical fashion lens, name pairings like Azzedine Alaïa and Grace Jones, Madonna and Jean Paul Gaultier, and Alexander McQueen and Lady Gaga have become linked in a sartorial sense. It was Audrey Hepburn and Hubert de Givenchy’s partnership, however, that was one of the first—and finest—designer-and-celebrity-muse couplings. In 1953, a first meeting between the budding film star and the young French designer on the set of Sabrina initiated a 40-year relationship that spanned seven of Hepburn’s films, including the fashion-forward Funny Face and the beloved Breakfast at Tiffany’s. Hepburn and Givenchy collaborated to create both a timeless style icon and a successful fashion house and in the process modelled a desirable designer-muse synergy. 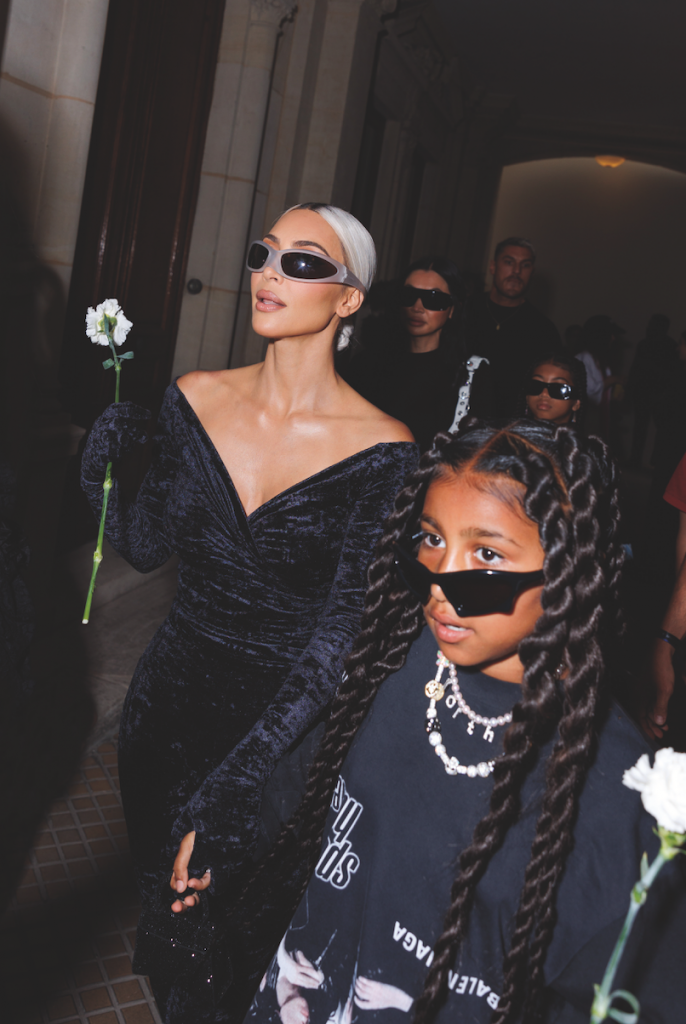 During the 1970s, American designer Roy Halston Frowick decided he needed a partnership of his own to help promote his designs. Going for strength in numbers, he acquired not one muse but an entire entourage. “Halstonettes” was the name—coined by the late, great American Vogue editor-at-large André Leon Talley—given to the posse of young women who accompanied Halston around the world during the disco decade, modelling his collections in daily life and on runways. These beautiful leggy and ethnically diverse live mannequins—including Pat Cleveland, one of the first African-American models to achieve commercial success—were hand-picked by the designer to help execute his brand vision and represent the vast potential for his designs across a wide range of women. Though the average shopper likely didn’t have the lifestyle the Halstonettes had (jet-setting around the world, starry nights at the glitzy Studio 54), perhaps they could physically relate to at least one of these women in some way or another and envision themselves in a Halston garment.

The term “supermodel” rose to popularity in fashion vernacular during the 1990s, when favoured models like Naomi Campbell, Kate Moss, Cindy Crawford, Claudia Schiffer, Christy Turlington and Linda Evangelista dominated the runways. “‘Supermodel.’ Such an ugly term,” wrote Grace Coddington, the former creative director of American Vogue, in her memoir, Grace. But they were, in fact, super everything: supermodels, super wealthy and, eventually, superstars. In 1991, Campbell, Crawford, Evangelista and Turlington sashayed down the catwalk arm in arm in Gianni Versace’s seminal fall/winter 1991/1992 show to the tune of George Michael’s “Freedom! ’90,” the video for which they’d starred in months prior. With each use of these chosen models, Versace helped elevate their status. Making talk-show appearances and shooting stacks’ worth of magazine covers—not to mention getting swarmed by paparazzi and being the subjects of rumour and gossip—these supes became stars in their own right as they blurred the lines between muse, model and celebrity. In 2017, Donatella Versace paid homage to her late brother 20 years after his death with a semi-super reunion between Campbell, Crawford and Schiffer as well as fellow Versace muses Carla Bruni and Helena Christensen to close out the fashion house’s spring/summer 2018 show. A shimmering display of loyalty and unity, Versace’s golden girls walked once again in an unforgettable reprise of one of fashion’s most legendary moments.

In 2022, clique culture ebbs and flows. It is fast-paced and fickle, and its participants are more interchangeable than ever. What drove It squads of the past seemed to be a desire for inspiration, image and, at times, friendship. Today, clique culture has widened its circles to increase its relevance and reach. In the same way the concept of the celebrity expanded to include models decades ago, the induction of some “influencers” has redefined the word once more. At any given event or show and in any given campaign, we can expect an amalgam of musicians, actors, models and influencers to be part of unlikely-yet-hip celebrity-fashion couplings. Take Campbell, Kim Kardashian, Dua Lipa and Nicole Kidman walking in Balenciaga’s fall/winter 2022/2023 couture show, for example. In fashion, inspiration can strike at any moment, and when the right designers align with the right muses, it just clicks.

Read more:
The Top 25 Most Popular Supermodels of All Time
Iris van Herpen Is The Fashion Industry’s ‘It’ Designer
Fashion Girls Don’t Go on Holiday Without Packing These Vacation Brands