Darling and daring chanteuse Leslie Feist charms the world with her latest release. 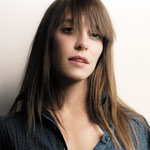 Leslie Feist may have started out fronting an underground punk band, but with 2004’s release Let It Die she blossomed into a quintessential modern pop chanteuse with an international fan base. Her new album, The Reminder (Arts & Crafts), takes Feist and her music to a whole new realm.

There’s only one cover: “Sealion,” a mesmerizing take on the traditional “See Line Woman” made famous by Nina Simone. The other songs are beautifully crafted originals — by turns slow and wistful, quick and sharp, floating all over the place but moored by Feist’s dazzling voice.

“I think you inch slowly toward finding your ‘capital V’ voice,” explains Feist. “Not the one that comes out of your throat but the one that is the way you speak to your friends.”

The 31-year-old singer credits the long hours on the road during her two year tour for Let It Die with inspiring her latest work. “Touring can spin you so fast that internally you start to go in slomo, and it worked to my advantage,” she explains. “My bunk on the bus became my little cave; in that solitude, the songs started to come. I was tired of playing and hearing the same thing, and I started to lunge toward new melodies and new ways of looking at things. It was an escape to something new — like a hatch door had opened and I was in some other melodic wonderland.”

The album’s casual feel and sound may also stem from the relaxed setting in which it was recorded: a house outside of Paris, where Feist camped out with new and old collaborators. “The songs were little skeletons,” she says. “They had their own shape, but they weren’t formed — that was the skill of the alchemists,
Gonzales, Mocky, Jamie Liddell and the Baird brothers. We were all in a room together, as opposed to being in a studio, in that little headphone universe.”

But there’s nothing casual about the album’s videos, in which Feist sings and dances on an airport moving sidewalk for “My Moon My Man” and with a crowd of candy-coloured dancers for “1234.” “That was just straight-up, peanut-butter- and-jam fun,” she says of the latter video. “How seriously can you take yourself when you’re doing ridiculous hopscotch manoeuvres with 50 people behind you?”

Visit www.listentofeist.com for a listing of Feist’s cross-country tour dates this month.