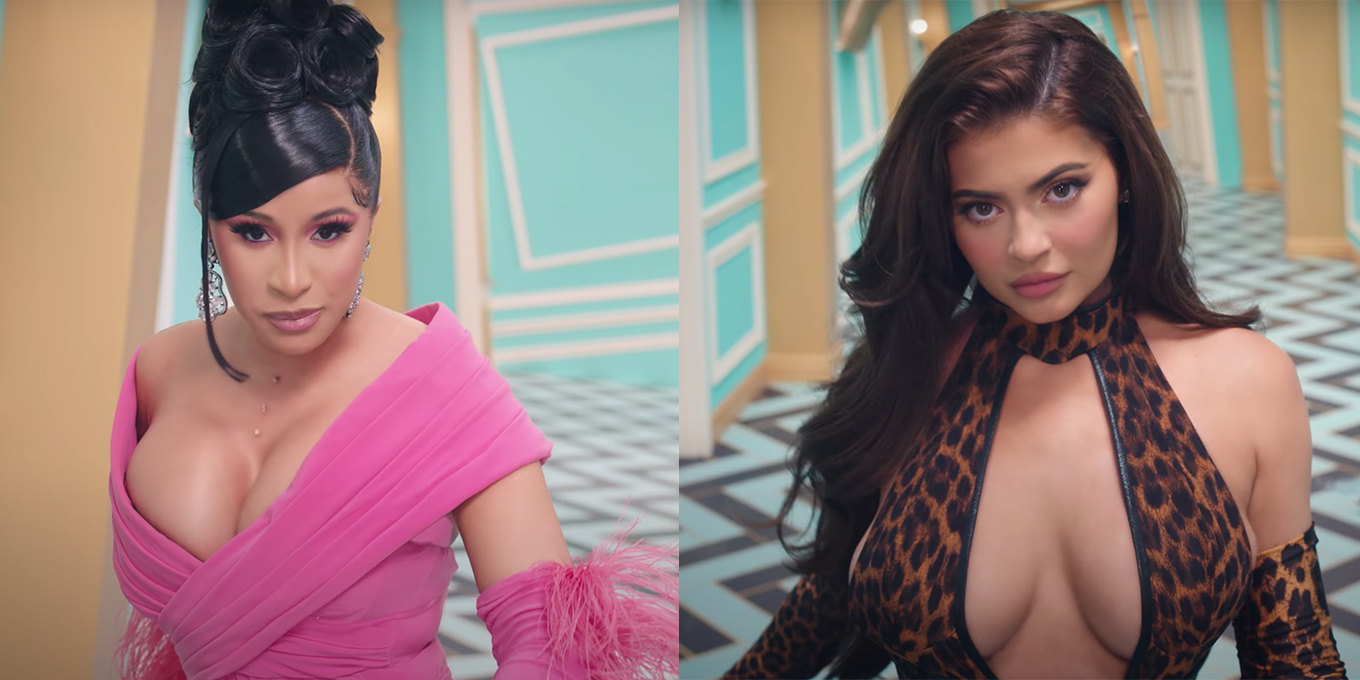 Cardi B and Megan Thee Stallion’s “WAP” music video made heads turn for many reasons, six noteworthy celeb cameos among them. One appearance, however, has been subject to criticism: some are questioning the choice to feature Kylie Jenner in the video, calling it unnecessary or even detrimental to the video’s focus on women of colour. There is currently a change.org petition to drop her from the video.

Cardi B responded to a tweet comparing Normani’s appearance in the video to Jenner’s. “Normani did ALL this [dancing] and Kylie walked down the hall and opened a door,” the user wrote. “If that’s not a perfect visual indication of Black women having to do the most and white women do the bare minimum to get somewhere, I don’t know what is.”

Cardi retweeted the tweet, which has since been deleted, and stated: “Normani is one of the best female artist that dances Like she dances her f*ckin ass off! Why would she open a door? Please tell me how that would make sense? The best part of the song is the beat & hook it what makes you want to shake your ass.”

She continued: “Not everything is about race. There’s issues out here in the world that it is about race that I i preach all the time about. This is not about f*ckin race.”

“Why did I put Kylie on my music video?” she wrote in a third tweet. “She treated my sister and daughter so lovely at her kid bday party. Travis and Set [Offset, Cardi’s husband] are real close and Kris Jenner have giving me advice on certain things I ask for and her husband real cool with mine.”

#CardiB speaks out against comparisons between #Normani and #KylieJenner, explains why she invited Kylie to be in the #WAP video:

"This is not about f*ckin race. Why did I put Kylie on my music video? She treated my sister and daughter so lovely at her kid bday party." pic.twitter.com/VcXOMQ4r0x

Rosalía, Rubi Rose, Sukihana, and Mulatto appeared alongside Normani and Jenner.  Cardi discussed her choice to feature these women in the video while on Apple Music with Zane Lowe last week.

“I wanted a lot of different females, not just female rappers,” she said. “I wanted different… A lot of different people. And y’all going to see it on the music video as well, from models to influencers and everything. And I really wanted the video to be very sexy, very clean, very nice, very cut. All right, we need some female artists, rappers. And I’m like, ‘These are the girls that I personally like. That I like they music. That I really feel they are going to go mainstream, to me.’”

She continued: “All the girls right here, there’s different things that I like about them. That’s why I said about variety. Like Suki, she makes me laugh so much and everything. She makes me laugh so much. And her lyrics are really funny and they’re witty, and I like that. I like Rubi Rose music. I like her voice a lot. I like her voice. It just, it just goes with it. A lot of female artists, they don’t have that voice. You could rap, and rap, and rap, and rap, but if you don’t have that voice, you just don’t have it. It’s just not going to go with it. And then I like Mulatto, I like her music. And I feel like she’d been grinding, and grinding, and grinding. And I feel like, yo, she is so… She’s right there. She’s right there. She been grinding for a long time. She do good music. She got the look. She got the spiciness.”