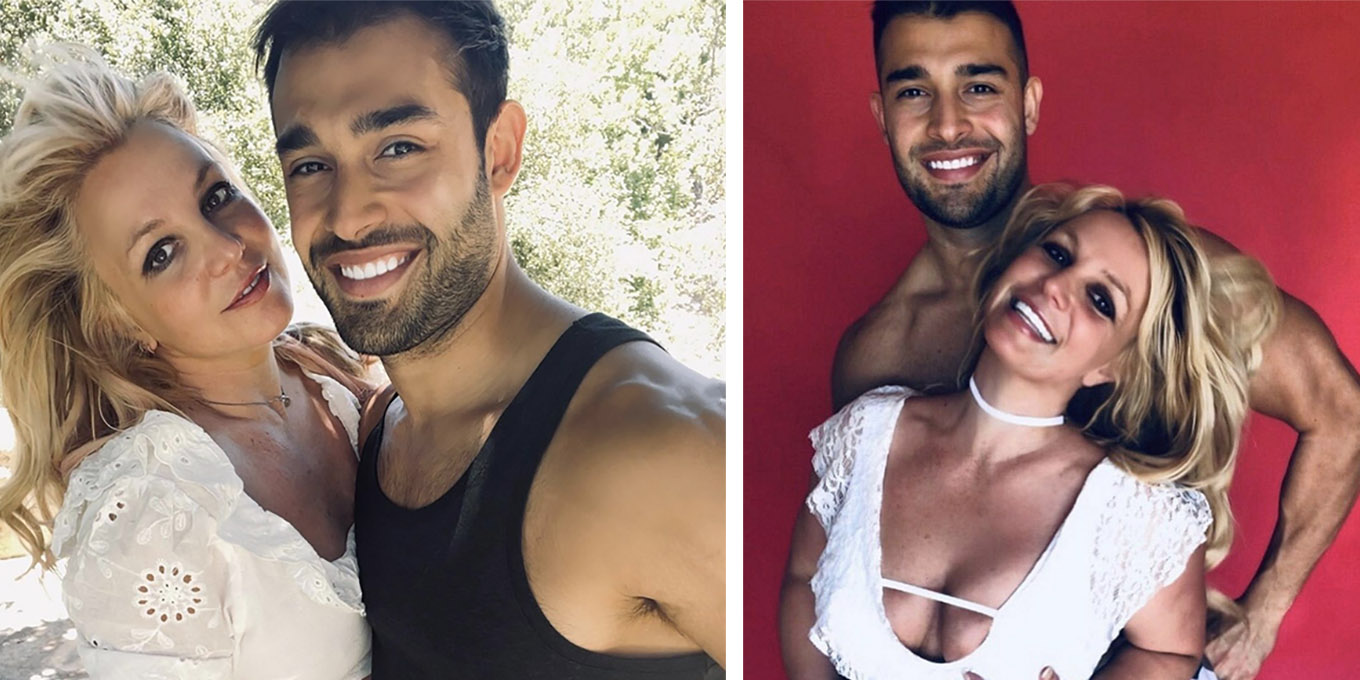 Pop icon Britney Spears is finally having another baby. After a tumultuous 2021 in which the “Toxic” singer was released from the constraints of her conservatorship, Spears announced via Instagram on April 11 that she’s expecting her third child—and her first with fiancé Sam Asghari. In her caption, Spears hinted she and Asghari may have gotten secretly married, calling him her “husband.”

“I lost so much weight to go on my Maui trip only to gain it back 🤷🏼‍♀️🤷🏼‍♀️🤷🏼‍♀️ … I thought “Geez … what happened to my stomach ???” My husband said “No you’re food pregnant silly 🤪 !!!” So I got a pregnancy test … and uhhhhh well … I am having a baby 👶🏼 …” Spears wrote. “4 days later I got a little more food pregnant 🤰🏼🙈🙈🙈 It’s growing !!! If 2 are in there … I might just loose it 😬😬😬😬😬😬 … I obviously won’t be going out as much due to the paps getting their money 💴 shot of me 📸 like they unfortunately already have … it’s hard because when I was pregnant I had perinatal depression … I have to say it is absolutely horrible 😔 … women didn’t talk about it back then … some people considered it dangerous if a woman complained like that with a baby inside her … but now women talk about it everyday … thank Jesus we don’t have to keep that pain a reserved proper secret 🤫 😬😬😬 … This time I will be doing yoga 🧘‍♀️ every day !!! Spreading lots of joy and love 💕 !!!”

For months, Spears has been vocal about her desire to have another child, though she claimed the rules of her legal arrangement made it unlikely. During her headline-fueling address to a Los Angeles court in June 2021, she said that her father, Jamie Spears, and his team would not allow her to “get married and have a baby” under the conservatorship.

“I would like to progressively move forward, and I want to have the real deal,” she told the court. “I want to be able to get married and have a baby. I have an [IUD] inside of myself so I don’t get pregnant. They don’t want me to have children—any more children.”

The hearing spurred along the already heated #FreeBritney movement, and within weeks it seemed the conservatorship was bound to crack. Spears and Asghari soon announced their engagement in September 2021, when the couple showed off the singer’s new diamond ring with the caption, “I can’t fucking believe it 💍💍💍💍💍💍❣️!!!!!!” The good news came shortly after Spears’s father filed paperwork to terminate his role as conservator of his daughter’s estate.

After 13 years under the legal guardianship, Spears was officially freed from the conservatorship on November 12, 2021 by Judge Brenda Penny. “What’s next for Britney, and this is the first time this could be said for about a decade, is up to one person: Britney,” Spears’s attorney, Mathew Rosengart, told reporters after the announcement was made.

Spears first started dating Asghari in 2016, after they met on the set of her “Slumber Party” music video. The duo fueled baby rumors soon after their engagement, as Spears repeatedly alluded to a “new addition to the family” on Instagram and Asghari told TMZ the couple’s holiday plans would be devoted to “baby-making, a lot of baby-making.”

Spears’s due date is currently unknown.