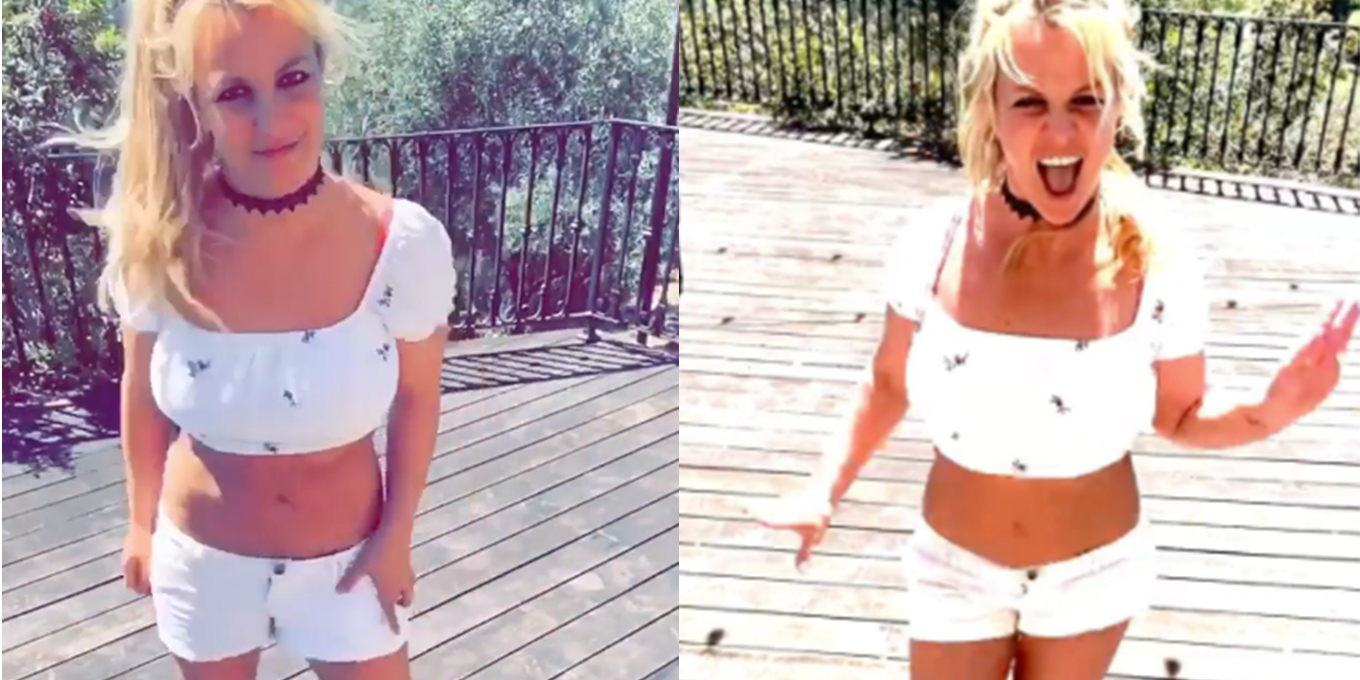 Britney Spears’ Instagram page can be a lot to take in. Between her throwbacks, dancing videos and inspirational quotes, which have sparked rumours that she is a socialist (?), her content never bores.

Spears posted a dancing video this week with the caption: “This is my version of Snapchat or TikTok or whatever the cool thing you’re supposed to do these days 😅😅😅💃!!!!! As you can see I’m not really dancing folks …… I’m just very bored 🙄.”

You might recognize the track playing as “Filthy” by Justin Timberlake. As we all know, Spears and JT have history (like, matching denim suits-level history) but Spears is self-aware enough to point that out. “PS I know we had one of the world’s biggest breakups 20 years ago …… but hey the man is a genius !!!! Great song JT ✨ !!!! Pssss if you KNOW WHAT’S GOOD 😜 !!!!!!”

Spears and Timberlake dated in the late ’90s, from about 1998/1999 to 2002, in the era of *NSYNC and “…Baby One More Time.” Their split ended with Timberlake releasing “Cry Me A River,” a track about an unfaithful ex, complete with a Britney look-a-like.

“I think I was in shock, to be honest,” Spears told Rolling Stone about the song in an interview published on their website in 2011. “I didn’t know what to say, what to do. That was the last thing I ever thought somebody might do. I was really shocked shitless. But you live and you learn.”

Despite having one of the most high-profile breakups in pop history, the pair now seem to be on friendly enough terms. Based on his response, it appeared Timberlake appreciated the shoutout: ″😂🙌🏼🙌🏼🙌🏼” he wrote back, clearly amused.

The nostalgia is overwhelming. #CommentsByCelebs

Here’s part two of Spears dancing to “Filthy,” below.