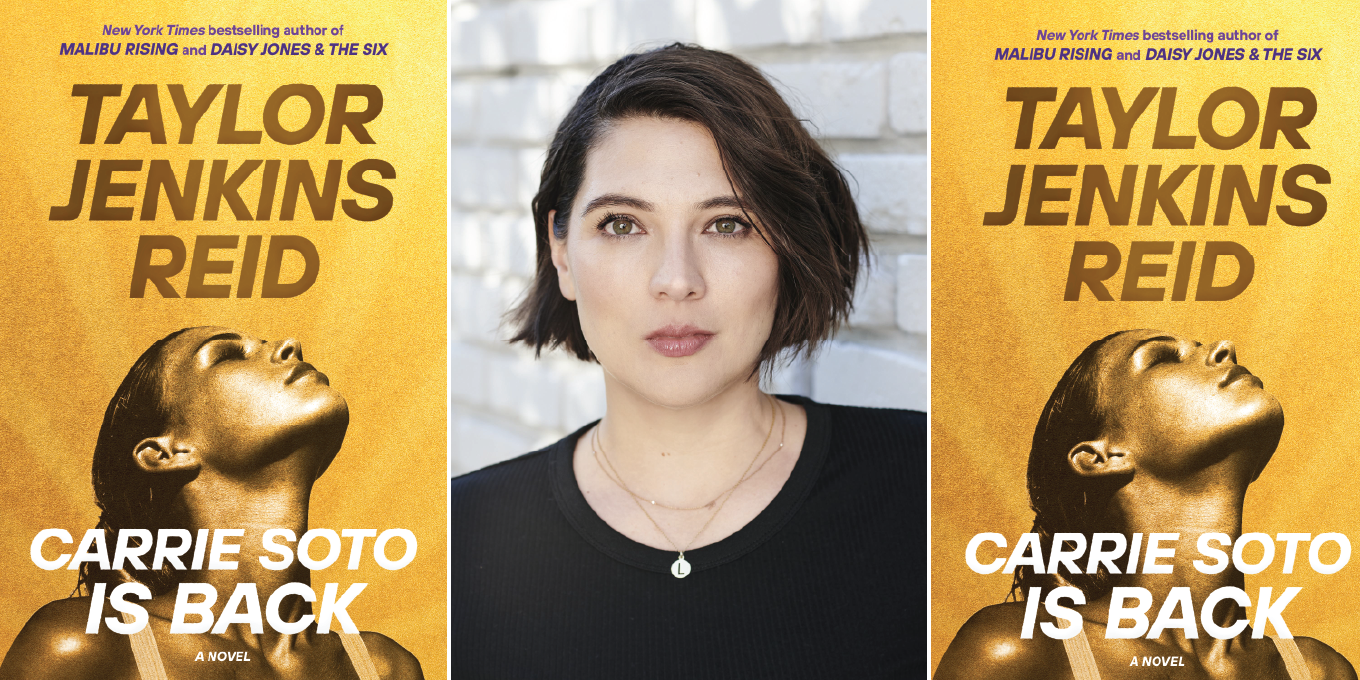 When we first meet Carrie Soto, she is yelling from the front lawn of a house party, threatening to light her ex lover’s clothes on fire. The chaotic scene plays out in bestselling author Taylor Jenkins Reid’s 2021 novel Malibu Rising, and Soto is putting on her rather shameless display in front of the book’s protagonist Nina Riva—who also happens to be married to Soto’s former flame. She’s not a prominent figure of the novel, so readers don’t know a lot about Soto, just that she is considered the greatest tennis player of all time, had an affair with a married man, is brokenhearted and is the type of person who would cause a commotion in front of a large crowd.

“How was it that this woman could shout every thought running through her head? Why was it that Carrie Soto felt entitled to scream?” Reid writes. “In that moment, Nina was not mad or jealous or embarrassed or anything else she might have expected. Nina was sad. Sad that she’d never lived a fraction of a second like Carrie Soto. What a world she must live in, Nina thought, where you can piss and moan and stomp your feet and cry in public and yell at the people who hurt you. That you can dictate what you will and will not accept.”

Because she is one half of a party who did something awful to Nina, it’s likely that many readers walked away from Malibu Rising primed to hate Carrie Soto. But what they didn’t know at the time was that the tennis star would go on to become the main character of her own novel—and neither did Reid.

But while editing the aforementioned book, the character stuck herself in Reid’s head and so Carrie Soto Is Back, out on August 30, happened. Set in the ‘90s, some years after the events of Malibu Rising, the novel chronicles a 37-year-old Carrie as she comes out of retirement after fierce athlete Nicki Chan ties her record for most Grand Slams ever won. (That number, by the way, is 20. On the page, no one gets to 23 in deference to Serena Williams, who recently announced that she will retire after the U.S. Open this month.) Carrie is blunt, ambitious, intensely competitive and formidable; she’s a controversial figure in her sport because her greatness is undeniable but she’s been deemed “unlikable.” She will stop at nothing to get her way, no matter what it costs her. “I was boxed in a little bit by who [Carrie] was in Malibu Rising, but to be honest, I’m fine with being boxed in,” Reid says. “I find it really freeing—I ask for limitations and then I don’t have to consider every single variable in the whole wide world.” 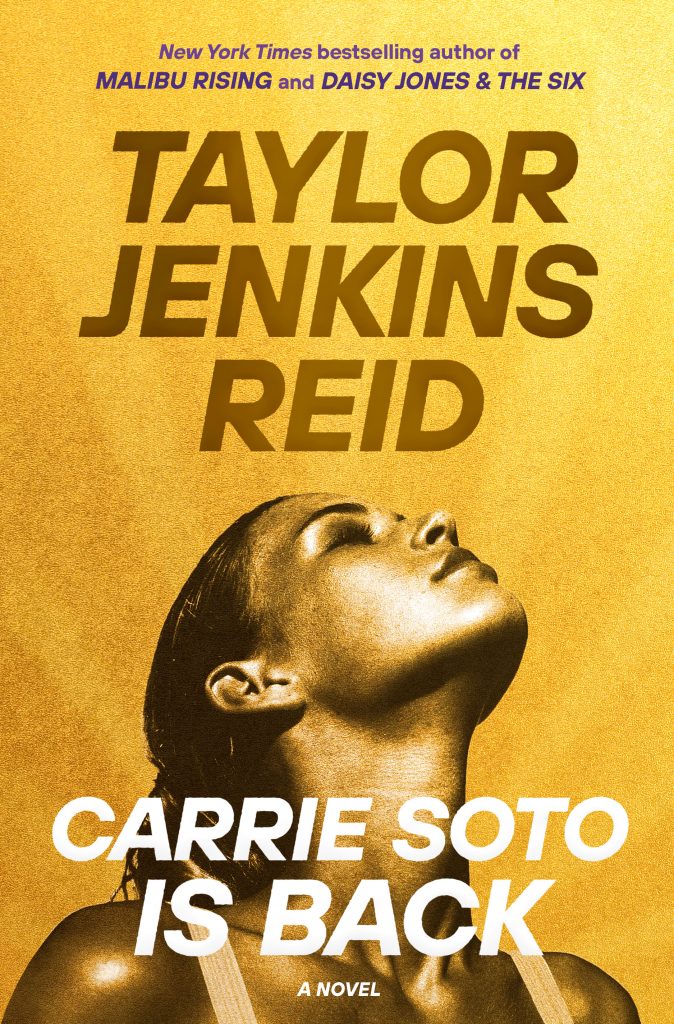 It’s familiar territory for both the novelist and her readers, but it’s also kind of not. Based in L.A., Reid has been writing seemingly nonstop for over a decade, with her debut book, Forever, Interrupted, originally published in 2013. Her first four books were contemporary romances that were moderately successful. Then she changed course with 2017’s The Seven Husbands of Evelyn Hugo (a fave of TikTok’s BookTokkers, who helped make the book a bestseller last year), about an elusive old Hollywood star who grants her final interview to an unknown journalist. That book gave Reid the opportunity to explore one of her long-time interests: fame, the parts of ourselves we give to other people and the interior lives of those with massive spotlights on them. But when Evelyn Hugo was done, Reid went through a mourning period.  “I wrote that book because I felt like I had so much I wanted to say, and I wanted to escape to that time and place. I just felt so passionate about that story,” she says. “But when I finished it, I thought, ‘Okay, the most fun writing experience of my life is behind me. This is all I’ll ever do.’”

It wasn’t long before Reid figured out this didn’t have to be the case. There was more she could say and write about fame without treading the same territory Evelyn Hugo did. Soon she published 2019’s Daisy Jones & the Six, an oral history-style story about the rise and fall of a ‘70s-era rock band that was her first official bestseller, and later Malibu Rising, about the famous Riva siblings who throw an epic party every summer. As Reid tells it, Evelyn Hugo is a Hollywood outsider who has to wield the camera to hold her power; Daisy Jones was born into fame and uses the camera to feel loved; and as the estranged daughter of a successful musician, the camera was chosen for Nina Riva, though she would like nothing more than for it to go away. Meanwhile, Carrie Soto—the star of what Reid says is the final part of her fame quartet—is indifferent to the camera. She refuses to perform for it or pretend to be someone that she is not.

Although Reid never set out to write a fame-focused quartet (“I wish I had because then I would have planned better.”), she now feels more prepared to leave that glitzy world behind post-Carrie Soto. “I really have said all I have to say, and it is time to go do something else—I’ve come to the end of one road and now it’s time to choose the next road to walk down,” she says.

What is it, exactly, that comes next? Currently, adaptations of four of Reid’s books are in different stages of development: Daisy Jones & the Six is set to make its way to Prime Video as a limited series from Reese Witherspoon’s production company Hello Sunshine starring Riley Keough, The Seven Husbands of Evelyn Hugo is in the works as a film for Netflix, Malibu Rising as a series for Hulu and Hamilton’s Phillipa Soo and Canadian Marvel hero Simu Liu are set to star in the film version of One True Loves, the screenplay for which Reid wrote alongside her husband Alex Jenkins Reid.

But, in terms of new books, that is still up in the air. Last year, the author told the New York Times, that the process of working on Carrie Soto Is Back also had Reid asking herself some tough questions, namely when will her laundry list of accomplishments feel like they are enough? It’s not a surprising sentiment from the person behind a character like Carrie Soto, who puts so much of her own self-worth into being “the best” that she will put her body through the wringer just to get the title back. “Writing this book really solidified for me that I do not want to do that, I do not want to get caught up in the details like Carrie does,” Reid says.

That means it’s time for a break—Reid knows this, but her work-hard, always-be-working self doesn’t know how she will actually take one. “Before my grandmother died, she would say, ‘I’m so proud of you, but are you taking time to stop and smell the roses?’ I was not then and I’m not now. I know it’s important, so I have to learn how to do it,” she says. “Once my book tour is over, my plan is to come home, decompress and allow myself to hear what’s calling to me. I’m probably looking forward to that more than anything else this year.”

Pre-order your copy of Carrie Soto Is Back here.