Can you really solve your problem skin and even adult acne with positive thinking? 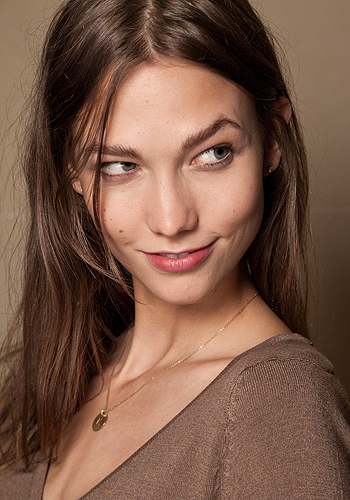 My face betrays me constantly. It has an uncanny knack of being able to tell the world how I’m feeling before my heart or head is even aware. If you’re boring me, you’ll know it before I do. Aside from my unruly facial expressions, the primary ink of my emotions is a furious, wincing red. I suffer from
unrelenting adult acne. After I had a teen dose of the regular hormonal stuff, it reappeared when I was in my early 20s, and, though various treatments have offered respite, nothing has vanquished it.

Six months ago, I made a pact with myself that before I turn 30, I will have clear skin. If I fail, I will turn to the tear-duct-drying drugs that mainstream dermatologists offer as my best option. But first, I’m determined to exhaust every other avenue for my adult acne. So, I have a nutritionist and an alternative doctor on board and now, after exhaustive Internet research, I have Dr. Ted Grossbart.

Grossbart is not a dermatologist. Instead, he deals in the psychology of skin. A Harvard professor and clinical psychologist based in Boston, he has been treating patients with a variety of skin disorders, including acne, for more than 30 years. He is at the forefront of an emerging field known as psycho­dermatology—a skin shrink, if you will. Using hypnosis and meditation techniques, he treats skin from within, making direct links with emotional issues. “The work I do goes past the generic link between stress and acne and looks at specific emotional issues that may be a trigger,” he explains. “I tend to see people who are at the end of the line. I’m a last resort.”

If you’re assuming that this is just psychobabble, think again. Dr. Nick Lowe, a consultant dermatologist and director at the Cranley Clinic, in London, England, agrees that there is a place for this psycho­­derm approach. “Stress isn’t the root cause of chronic acne, but it is a trigger factor,” he says. “Emotional issues not only worsen skin conditions but also prevent treatment from being effective.” Grossbart explains it like this: “Maybe your acne is 50 percent owing to hereditary factors, 30 percent owing to lifestyle and only 20 percent a result of psychological factors. But if you tackle the emotional stuff, you might push the balance back in favour of health.”

Of course, it’s a vicious circle—
having adult acne more often than not causes negative emotions for the sufferer. “Someone with mild acne may psychologically suffer a lot more than an extreme psoriasis case,” says Dr. Josie Howard, a San Francisco-based psychodermatologist. “Female notions of self-esteem are wrapped up in appearance—it doesn’t surprise me that the majority of my patients are female.”

One British study, however, concluded that only eczema patients who suffered with emotional issues before or alongside the onset of the con­dition benefited from therapy. If emotions aren’t entwined with your condition, therapy is pointless; if they are, it’s essential. So the question is this: Are your skin problems linked to your emotional well-being?

Could your adult acne be caused by stress and emotions? Read on to find out …

Personally, I believe that my acne has an emotional backdrop because it all started—exploded, really—when I was in the depths of dark, burrowing grief. Both of my parents had been hijacked by cancer in the same year, and one did not survive. Afterwards, I got on with my life, won my dream job and spent all of my energy keeping up appearances for the outside world. I broke up with my childhood sweetheart and fell into a tumultuous push-pull relationship in which I never really felt safe. I have no doubt that my facial eruptions were an outpouring of anger, sadness and fear—the only way my acne-prone genes knew how to express it. But why, almost seven years on, when I am happy and recovered, does it remain? I am looking to Grossbart (via a Skype therapy session) for the answer. We have created a timeline of my life, comparing it to fluctuations in my skin. He points out that the last extreme flare-up happened when I met my now boyfriend. Though I loved him from the start, I knew that our getting together would cause a major upheaval for us both. “It’s possible your skin is acting as a protect­or, trying to tell you things you don’t want to admit to yourself,” suggests Grossbart. “Your skin listens to your doubts and reverts to its previous defence mechanism.” Grossbart’s favourite mantra is “Feel it in your heart and not in your skin.” Run that by me again, doc? “We may push away feelings, but we can’t destroy them—they will manifest elsewhere.” In other words, when it comes to skin, stoicism may not be the healthiest coping mechanism. Grossbart and I dig a little deeper, and one uncomfortable but illuminating moment comes when we discuss what would happen if my acne were to get worse. “My relationship would end,” I say. “I couldn’t cope with him seeing me like that. Or he’d leave because I was ugly. I wouldn’t see my friends. I’d live a leper-like existence.” Yes, I know how it sounds. But admitting this gives me a strange sense of calm. Because at least with a worst-case scenario, there is no further to fall. If my skin gets better, on the other hand, I’d live in constant fear that one day, out of the blue, the acne would reappear and I’d watch my life go into free fall again. Perhaps on some level I find something protective in my acne: It’s my penance, my shield, a barrier between me and the world. It’s hard to admit that my own mind might have a part to play in my suffering, that I only have myself to blame. Psychodermatology is not for those who cannot, or will not, believe in it. While you deal with deeper stuff, you also learn self-hypnosis techniques to induce a relaxed, healing state and how to meditate. I am convinced that, at the very least, meditation will have a calming effect on my skin-hammering stress hormones.

Grossbart recommends two main meditation exercises: The first is to imagine my ideal healing environment and the second is to imagine my skin fighting the acne at a cellular level. The more I do it, the better I become at it. My visions become clearer: I can hear the lazy waves of the ocean in one exercise; I can feel the path of cleaning white light beneath my skin in the other. Time goes by fast, and, without fail, I come out of my meditations feeling calm and content.

It is impossible to tell how long it will take to see an effect, warns Grossbart, although even with chronic conditions like acne he expects to see an improvement within 10 or 20 therapy sessions. He does not promise a miracle, but I do notice changes. First, I find that my focus is shifting. I’m not as obsessive about my complexion, about covering up every blemish as it appears. It doesn’t send me into a panic if I leave the house for a few hours without makeup. “Stress is a vicious circle with skin issues,” explains Howard. “People become very focused on cleansing and checking. They’re looking for the next potential cure all the time, and then they’re left disappointed. Part of therapy is getting these behaviours in check; that way, you start to control the acute stress situations that can trigger breakouts as well as take an emotional step back from your skin.” Perhaps I am even starting to believe that happiness doesn’t rest on a clear complexion.

And so I’m not sure what comes first: the improvement in my skin or my shift in perception. But things are definitely looking clearer—in every sense—and I know this: I had been following my doctor’s and nutritionist’s advice to the letter for three months, but it’s only since I discovered Grossbart that an improvement has begun. I also know that when I don’t get stressed about a zit, it seems to be smaller and heal quicker. And I know that, as with any approach, this takes dedication and commitment; I have not been as good as I should be, but when I do meditate, everything else I need for good skin—eating well, exercising, sleeping well, feeling calm—is more likely to happen. As Howard says: “This approach is not something that stands on its own. It is one part of a skin-care routine that should make all the other parts work more effectively.” And I feel that—most import­ant—whatever is going on inside, my skin has less to say on the subject.

The best acne solution tips from a dermatologist

How to really deep clean your pores