The Cult Following of COSRX

What makes this K-beauty brand so beloved? 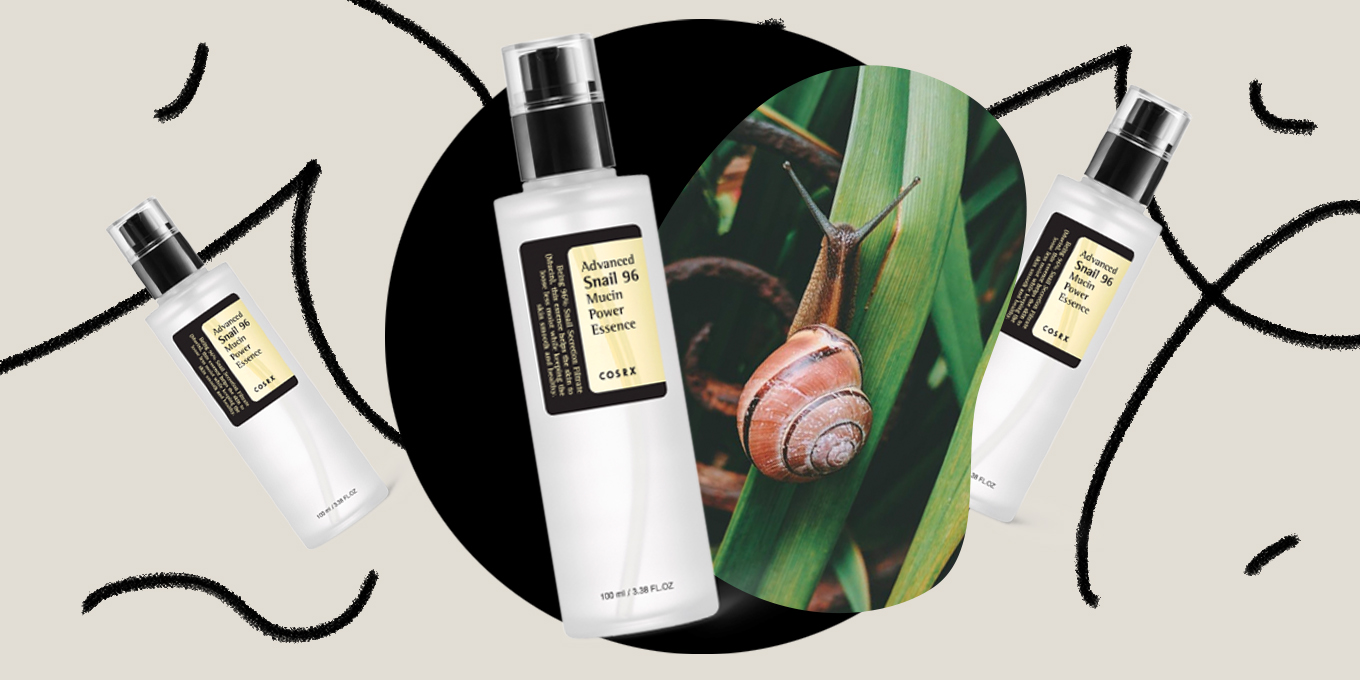 Sukoshi Mart in Mississauga, Ontario’s Square One shopping mall has a wall full of face masks about five Billy Bookcases long. The top shelves are dedicated to plushy toys, but below is all business. All the fan favourites are there: The clinical-looking packages of Dr. Jart, the twee animated-character A’Pieu’s Milk Masks, the minimalist Innisfree. And that’s just the entrance of the store. It’s a veritable gold mine for the Asian beauty fanatic, and one which would have been virtually unimaginable five years ago, when popular South Korean skincare products were only available online and included weeks-long wait times due to trans-Pacific shipping. Further down in the shop, in the rows of shelves lined with oil cleansers, foam cleansers, ampoules, essences, gel creams, hydrating creams and more, is one brand that stands out – primarily for what’s not in stock.

“A lot of our COSRX stuff is actually sold out right now, so we’re trying to keep up with demand,” says Linda Dang, the owner of Sukoshi Mart, which has four locations across the Greater Toronto Area. The Square One store is their newest and biggest. On their COSRX shelf, they’ve got the South Korean brand’s popular 96 Advanced Snail Mucin Power essence, but the Advanced Snail 92 All-In-One cream is sold out, as is its Low PH Good Morning Cleanser and Acne Pimple MasterPatch.

“For me, what I use a lot of is the – oh, it’s not here – but the COSRX honey cream, because I need something super hydrating,” says Dang. “And with their sunscreens, I use the aloe one, which is also sold out.”

But even if you haven’t heard of COSRX itself, you’ve likely heard of their products, which are revered in beauty forums online. Canadian beauty journalist Michelle Villett said its BHA Blackhead Power Liquid has replaced Biologique Recherche P50 in her skincare routine. One Glamour writer claimed another of its products gave her the dewiest skin of her life.

Their Acne Pimple Master Patch, as far as many skincare fanatics are concerned, is the pimple patch; the one that launched a thousand copy-cats. They’re transparent pieces of hydrocolloid dressing that, when applied to a fresh zit, protects the area and draws out all the gunk underneath the surface of the skin to reveal a significantly reduced pimple by morning. They’re also really, really satisfying to use.

Growing up, I rarely got pimples of any kind. I started noticing hormonal acne in my late 20s, and found myself at a loss for solutions. My first foray into the world of COSRX was through the pimple patch. Not only were they effective, they also provided a surprisingly fun way to tackle something I found personally embarrassing.

“They were really the first to get the pimple patch right,” says Charlotte Cho. Cho is the founder of the online retailer and online community SokoGlam and the woman widely attributed to bringing South Korean skincare to the Western market. “Though there is a plethora of pimple patches on the market, the COSRX [patches] are still my favourite. It’s still the best, and it’s still our topseller. It’s something that the team uses every day still.”

COSRX’s snail mucin products are also considered staples in the K-beauty world, due its effective hydrating properties. The brand offers two snail products: the 92 Snail Mucin Cream and the 96 Advanced Snail Mucin Power Essence. A hugely popular ingredient in South Korea, snail mucin is collected from placing snails on a mesh surface in a dark room and letting them move around and shed their slime, which is dropped into a bucket underneath and filtered for cosmetic use. COSRX declined to name their supplier, but affirmed that the process is entirely cruelty free, and that staff regularly visit the farm for inspection. And the sourcing is important, considering that what they’re offering is nearly pure, uncut snail slime: a clear, slippery, viscous substance.

“Most of the other [snail] products, and this is true of a lot of K-beauty products, is that they want to throw in a lot of bells and whistles,” says Jude Chao, whose blog, Fifty Shades of Snail, was an early established authority on Asian Skincare in North America. “So there’ll be all these extracts that are fun to read in the ingredients list. I don’t want that in the snail. I just want the snail. And with COSRX, the snail essence is 96 percent snail mucin.”

Stephen Alain Ko, a Canadian cosmetic formulator who demystifies the science of skincare through his blog KindOfStephen.com, points out that high percentages of actives don’t always equal great efficacy. “You have to look at other aspects of the formula, like how well it penetrates the skin if it needs to, how much it forms a film if it needs to,” he says. “A 96 percent snail mucin product versus a 40 percent snail mucin product, you can’t say just based on the concentration alone how well it will perform on the skin.”

Instead, he’s attributed COSRX’s popularity to their savvy marketing and nimble approach to customer feedback. In fact, marketing is itself part of the brand’s DNA: The company was founded by Sang Hun Jun, an e-commerce pro who had spent 15 years selling Korean cosmetics to customers around the world, and who goes by Mr. Jun. According to Hye-Young Lee, a representative from COSRX, Mr. Jun had struggled with sensitive skin since he was young, and launched his own brand in 2015.

“He would use a new skincare product and break out almost immediately, or get a rash even on [sic] some circumstances,” says Lee. “So he wanted to make products with sensitive skin like him could use without the worry of breaking out.”

The first product that COSRX created was the BHA Blackhead Power Liquid, a treatment that prizes Betaine salicylate (that’s the BHA, a commonly used chemical exfoliant) to gently unclog pores.

“This chemical exfoliant is a very effective ingredient in improving acne skin, but it was not well known in Korea at the time,” says Lee. “So Mr. Jun decided to make a product focusing on the efficacy of this specific ingredient.”

In 2016, SokoGlam was three years old and Cho had begun to make a name for herself as an Asian skincare guru. She had just turned 30, and she was in South Korea to appear on a cable beauty show when she noticed that she had just begun to break out on her chin area. This was her own personal introduction to hormonal acne, so she began looking up acne solutions.

“Up until that point, everything I had curated on Sokoglam was focused on hydration and taking care of your skin from that aspect,” she says, “but some people had already been DMing me and emailing about how they wanted more acne-focused products.”

Around this time, California-based Chao had also just launched Fifty Shades of Snail. Chao had heard about the brand through Asian Beauty reddit and other online communities. Soon she started writing about the products on her blog. From there, the community grew.

“I think COSRX is a great demonstration of how powerful online word-of-mouth is,” she says. “That was all it was. They didn’t really have any ad spend. It was all just people sharing the products with each other and talking about it on forums and on blogs. And a lot of that is because what they created at the time was realistically pretty unique.” That is – an exfoliating acid that was as effective as brands like Paula’s Choice at half the cost (almost all their products retail at well under $30 online), and gentler than the other acne-focused solutions populating the market.

This past August, the brand rolled out a new international website and changed up their packaging to look more modern. New products are being introduced regularly to directly address consumer demand. Soon more items will join the snail and the pimple patches in the skincare canon. Dang is seeing the reception to the expansion firsthand in her stores.

“Whenever I’m trying to do product orders, COSRX is always the one to sell out,” she says. “Whatever comes up, like even if it’s just one essence that comes in stock, we try to grab it right away. We’re just trying to get as much as we can, just to stock up.”

Judging by the out-of-stock items on her shelves, we might as well stock up too. 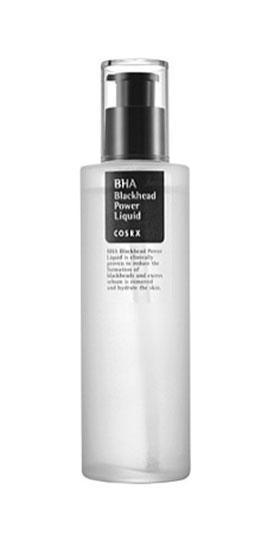 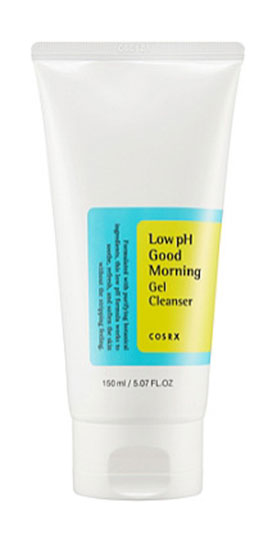 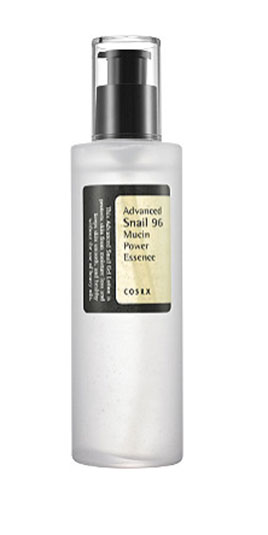