Ginger Is Back As A Superstar Skin Ingredient

A millennia-old wellness ingredient is back in the spotlight—but can it live up to modern-day expectations? Victoria DiPlacido gets to the root of the matter. 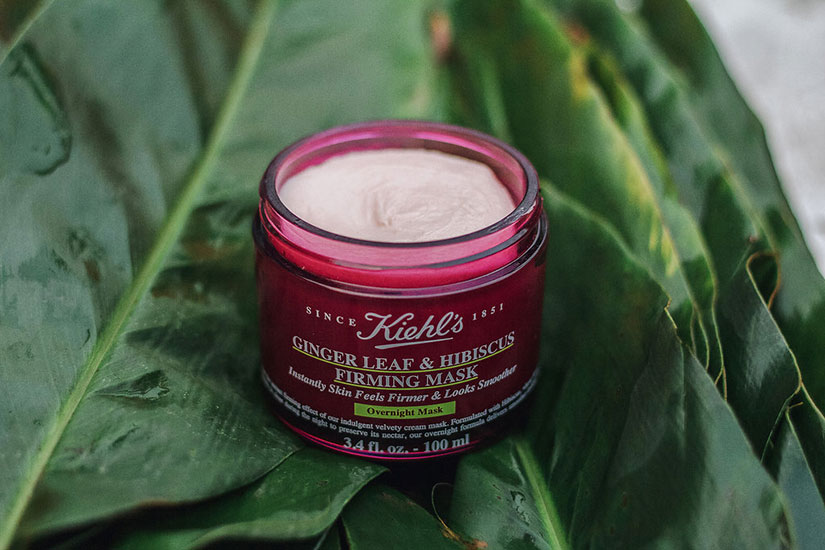 I’m on a ginger farm in Vietnam, which is the last place anyone would look for me if I were to go missing. Checking out ginger at a local market? Maybe. But standing among the narrow green blades of the unpicked plants? Not a chance. I’m a city girl. Yet the promise of a new ginger-leaf extract being used to stoke hyaluronic-acid production in skin was intriguing; could an age-old plant deliver? So here I am, with Hung Vanngo, the first global consulting makeup artist for Kiehl’s skincare, and 14 female farmers, snaking through rows of ginger plants in Hoa Binh, a few hours’ drive from Hanoi, the capital city. Though born in Vietnam, Vanngo seems out of place too—maybe because he’s so many time zones away from his roster of A-list clients, including Selena Gomez, Jennifer Lawrence and every Victoria’s Secret Angel you can name.

We’ve both travelled a few thousand kilometres to visit the organic family-run farm responsible for growing, harvesting and preparing the ginger leaves for Ginger Leaf & Hibiscus Firming Mask, the new overnight face treatment from Kiehl’s, and the more I learn, the less unlikely it seems to find two skincare obsessives like us here, dodging mosquitoes at sundown, to get an up-close-and-personal look at the process.

As I stand shoulder to leaf with the lush, full-grown plants, I’m told by one of the farmers— through her translator—that producing the leaves is a six-month undertaking that involves treating the plants much the way I imagine you would a family pet: feeding them twice daily (in their case, with a mix of organic compost and manure), providing adequate hydration and removing pests, should they appear. When it comes time to pick the leaves, they are cut from the middle of the stems, gently washed, wrapped into bundles, trimmed to uniform size and then packed vertically to dry until ready for transport. It takes five days to complete a harvest— and the work is, impressively, all done by hand.

Ginger, also known by its Latin name Zingiber officinale, is part of the Zingiberaceae family, which includes turmeric and cardamom. The plants have been used in Ayurvedic and traditional Chinese medicines to ward off colds and promote digestion and circulation, among other things, for at least 2,000 years, but that hasn’t stopped scientists in this century from researching the perennial.

Known for its potent anti-inflammatory and antioxidant effects (as detailed in a 2013 review in the International Journal of Preventive Medicine that covered a decade’s worth of research), ginger is the “perfect” ingredient for use in beauty according to Jennifer Hirsch, a U.K.-based beauty botanist who works with brands looking to formulate with plant actives. “It’s incredibly satisfying when ethnobotany going back centuries is backed up by scientific research. It’s almost a ‘told you so’ moment for all the generations of traditional use,” she says.

Farmers washing and bundling the leaves.

“Using the leaves of the plant is a newer concept,” Geoffrey Genesky, scientific director for Kiehl’s, tells me over a meal of grilled chicken rolled with ginger leaves, vegetables with ginger sauce and a ginger dessert jam. Usually, ginger leaves are discarded in favour of the root or stem, but the brand took an interest when it was found that the extract kick-starts an enzyme, hyaluronan synthase 2 that produces hyaluronic acid (the cushy substance that keeps skin hydrated and plump—a synthetic version of it is used in many injectable fillers).

According to one study of 25 volunteers aged 42 to 65, nasolabial folds (i.e., laugh lines) were markedly less noticeable after using ginger-leaf extract twice daily for three months when compared to a placebo. In my own—entirely subjective, less rigorous—study, applying the rich, pleasingly pink mask felt like the skincare equivalent of tucking yourself in with a cashmere blanket. Put it on before bed (it goes on clear and absorbs like a moisturizer, with little to no tack) and you’ll wake up with the skin of someone who actually drinks eight to 10 glasses of water a day.

While recipes for mix-it-yourself ginger skincare for brightening and tightening abound online, Hirsch cautions against playing amateur herbalist with the ingredient, particularly when it’s in essential-oil form. “Diluted, ginger essential oil has been shown to help stimulate blood flow to the surface of the skin—hugely beneficial to its appearance and proper functioning,” she explains. “But concentrated, it can be a skin irritant.”

A farmer collecting the leaves.

Ginger devotees needn’t be worried about a lack of professionally formulated options. This July, The Body Shop will release a conditioner to pair with its immensely popular Ginger Scalp Care Shampoo. Launched in the ’90s, the shampoo for dry scalps has peaked in popularity in the past few years (anecdotally, some people believe ginger may help with hair loss, though this is not a claim made by The Body Shop), and it is now the brand’s top-selling product worldwide. Olay’s new line of radiance-boosting body and facial cleansers contain crushed ginger for its aromatherapeutic benefits, which are said to be energizing and uplifting.

Back at the farm, Vanngo tells me that ginger has somewhat of a sentimental value for him. At age six, he fled Vietnam with two of his siblings and lived in a Thai refugee camp for three years before Canada allowed them to immigrate to Calgary. He still waxes nostalgic for the traditional Vietnamese dishes, some including ginger, that his older sister would cook in their new home.

On our long, winding drive back to Hanoi, I find a piece of a crumpled leaf I’d picked earlier in my purse and reflect on how far I’ve travelled to be reminded that some of the best skincare ingredients aren’t dreamed up by scientists in a lab. Sometimes you have to get outside.

GET YOUR GINGER FIX:

Sri Lankan ginger is paired with willow-bark extract, a natural source of salicin, in The Body Shop Ginger Scalp Care Shampoo ($11) to calm an inflamed scalp.

Canadian company Saje combines ginger with lemon and echinacea in its Ginger-Aide ($8.95) tablets, designed to soothe an achy stomach.