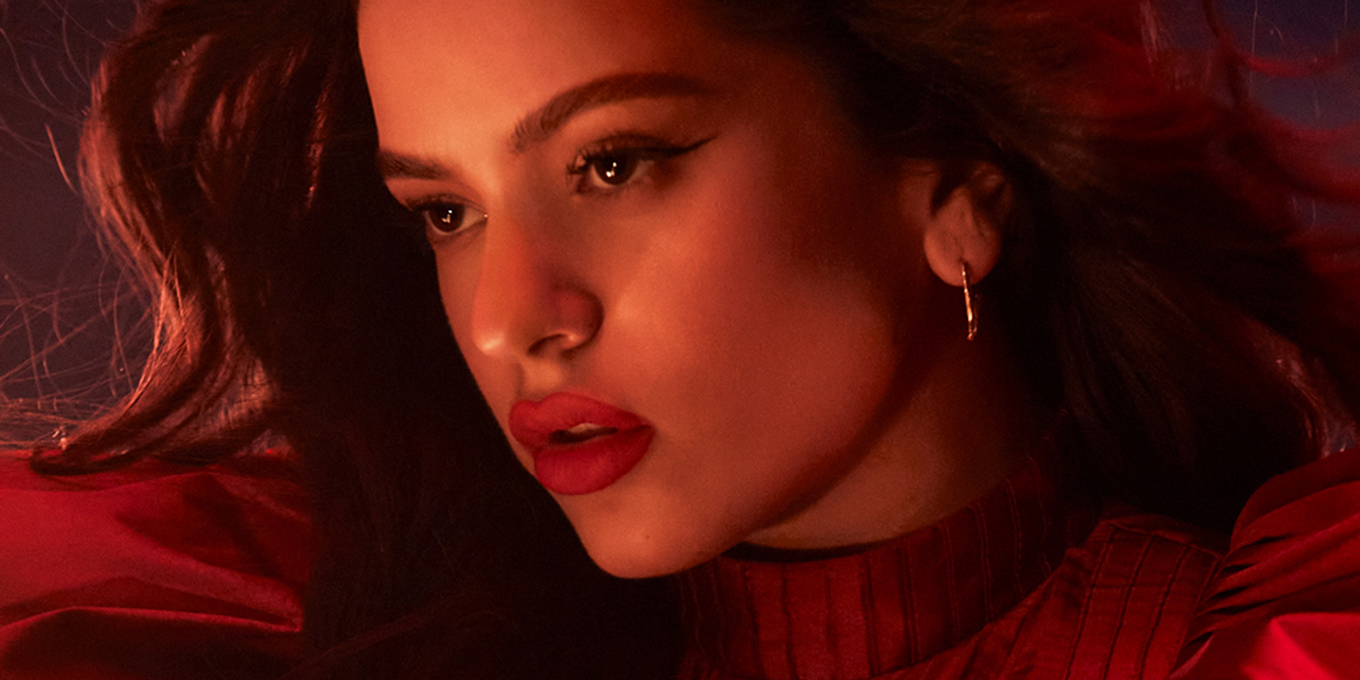 Despite a pandemic, this has been Rosalía’s year. The 27-year-old Barcelona native, who has been making waves with her flamenco-infused music, innovative music videos and eclectic style, took home her first Grammy for Best Latin Rock, Urban or Alternative Album, and was nominated for Best New Artist. Now, she joins a list of spokespeople that has included industry heavyweights like Missy Elliott, Nicki Minaj and Christina Aguilera as the newest face for M.A.C Cosmetics’ Viva Glam campaign. The lipstick, a brand new limited-edition matte orangey-red, is slated for release on September 24. As always with the Viva Glam campaign, which is now in its 26th year, 100 percent of the selling price of the Viva Glam lipstick will go to various local organizations helping those living with or affected by HIV/AIDS, supporting women and girls and the LGBTQIA+ community. We reached Rosalía by phone in Miami, where she was isolating, to chat about the campaign, her skincare staples, working with Travis Scott and releasing new music.

What was it like collaborating with M.A.C on the Viva Glam campaign?

It was an honour. When they asked me to collaborate for Viva Glam, I didn’t doubt it, not even for a second. I was always such a huge fan of M.A.C – it’s my favourite brand. As I kid, I used to play around with makeup a lot and as a teenager I would do my makeup myself, from when I was 16 or 17 until I was about 23. I really started from nothing and was performing in small venues in Barcelona. Getting ready was a ritual and very special for me. I also love that Viva Glam donated $10 million to communities affected by COVID. M.A.C is so committed to spreading awareness about the health and rights of women and girls and I feel the same way. 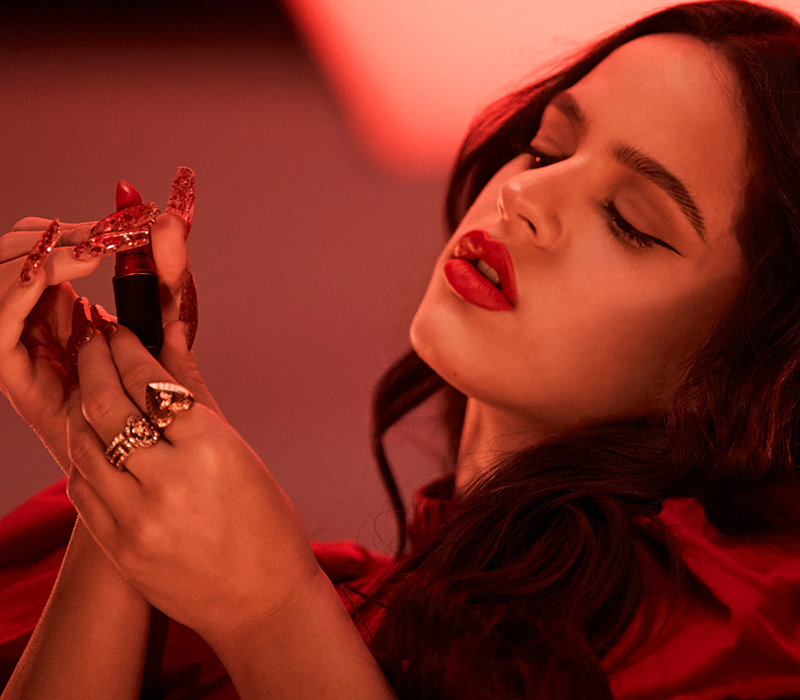 How did you decide on the colour?

Red is one of my favourite colours. It represents strength and it represents the flamenco; flamenco culture has always been very connected to red. It’s a big reference for me.

You’ve done some amazing, experimental beauty looks. Have you always been drawn to bold makeup?

I feel like when I work on my productions, I always have a very experimental attitude, especially when it comes to videos or anything creative really. With makeup, there are a lot of women that inspire me like @lalamichmich (Michèle Lamy) and other girls on Instagram. I love that they experiment with their makeup. I always try to find a way to do something timeless but at the same time have fun. 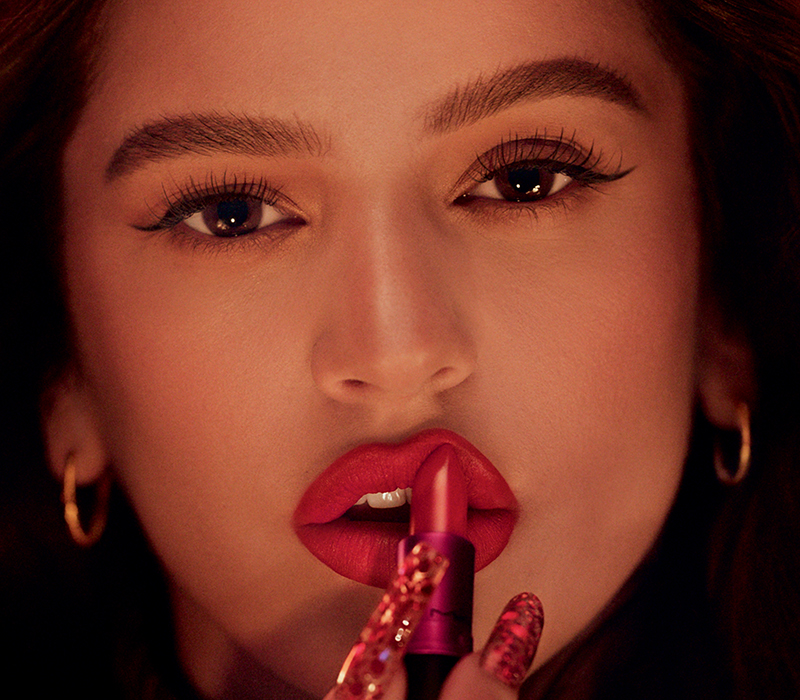 What are some of your everyday makeup staples?

If I don’t have a lot of time, I’ll usually just line my lips with a brown pencil, do my eyebrows in a strong way, use some blush and concealer. That’s it. If I have five minutes, I can do that in five minutes and feel like I’m ready.

I try to have a simple [routine], but something I can do every day. For example, every day when I wake up I use some face cream, but when it’s nighttime and I get home I try to use a milk cleanser. I learned that back in Madrid, a woman told me not to clean my face with soap but with a milk cleanser. I will use the cleanser, wipe it off with a wet towel and then put on my night cream. If you do that, you are not removing your natural oils from your skin and you hydrate your skin. It’s a game changer, I really recommend it. 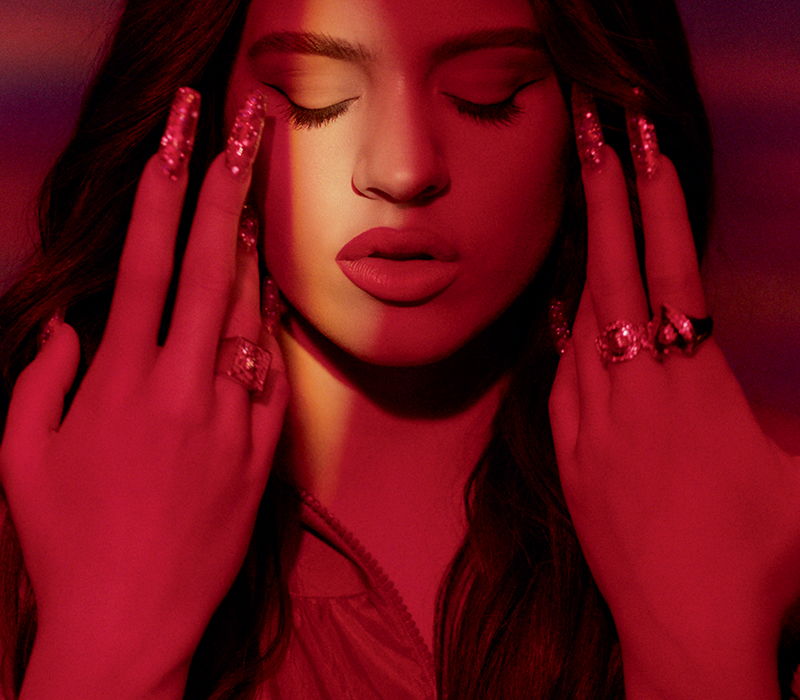 You recently released a song with Travis Scott – what was it like collaborating with him?

We’re good friends and we had a great time in the studio together. I remember I played him the “TKN” beat and some of the ideas I had for the verse and the hook. He was really excited – he loved it and wanted to spend time on it. A month later we went to the studio and recorded together. I saw him recording himself and working on his vocals and the arrangement, in a way that he really knows [what he’s doing]. He’s a great musician, he’s brilliant and I was inspired watching him do his magic.

What can we expect from you next? Are you working on any new music?

I’m working on some new songs right now. I’m very excited that “Como Ali” is being released, around the same time the M.A.C campaign is being released. It’s a song I have been performing during my career so I’m really excited that I will be sharing it properly. Anyone who has seen my shows knows that song. I think it’s a special one.