Korres: The little beauty company that could

In a beauty world full of science, Korres takes its place as a natural wonder.

Given the rather dire economic future facing Greece, my first encounter with Orestes Davias—the plant hunter for the Athens-based natural
skin-care line Korres—takes place in an unlikely but prescient setting. We meet at the Benaki Museum to tour The Ark: Old Seeds for New Cultures. The Ark, which was the Greek entry in the 12th International Architecture Exhibition at this year’s Venice Biennale, is a plywood-framed structure that contains all the seeds deemed essential for life.

Davias, who was a consultant on the project, says that the premise behind the exhibit is simple: “We imagined that something catastrophic happened and that, as the only survivors, we had to create a new society. Our first task was to select 300 key seeds out of a possible 6,500 species found in Greece.”

The exhibit’s message—to promote a return to a more agricultural lifestyle—couldn’t be timelier. “The country’s only way out of this economic crisis is for Greece to produce fine products that are made by hand, like in the old days,” explains Davias. “We have 1,200 plants that are only found here. If we can discover beneficial properties and cultivate them, we’ll have at least five to 10 years of exclusivity in the market. That’s what we’re always trying to do at Korres.”

Case in point: Wild Rose 24-Hour Cream, the company’s first
cosmetics product. Launched in 1996, it is still one of Korres’ star products. The flower, which is harvested by one farmer in northern Greece, is known for its high levels of the antioxidant vitamin C. “We could have our own farms, but we want to support our country,” explains George Anthoulakis, the company’s global communications director. “Sometimes we work with just one farmer, but we also work with a number of different co-operatives around Greece, such as the Chios Mastiha Growers Association and the Cooperative de Safran. More than 4,500 families benefit from these two projects alone. If we can, we choose an area that is economically in need, provided that the plants from that region have the highest levels of active ingredients.”

The decision to focus on
organic ingredients and support local farmers (long before both strategies were deemed fashionable) rests with the company’s founder, George Korres. The 46-year-old pharmacist started his career working at one of Athens’ oldest homeopathic pharmacies in 1988. He began creating herbal remedies, but within four years he was developing his own skin-and body-care products, which he tested on friends. By 1996, he had such a following that he launched the company. His first commercial hit was a herbal throat syrup made from honey and aniseed that was based on his grandfather’s recipe.

“It’s still our number-one seller,” Korres tells me during the tour of his company’s factory later that day. “It was even mentioned in
Vogue UK as the product of the month once. Imagine, honey syrup in
Vogue!”

You get the sense that Korres still can’t quite believe that his desire to create a few products has blossomed into a company whose line is now sold in more than 30 countries, including Canada at Shoppers Drug Mart starting this fall. The Korres brand took off internationally in 2000 after a buyer for Harvey Nichols placed it in Beyond Beauty, the London-based store’s curated collection of niche global
beauty brands.

“We have never done any customer research,” says Korres. “I never asked anyone for advice. Everything has been done based on instinct and our desire to do things we are proud of.” When I ask him how he would describe his company, his response is unexpected but telling. “Gentle, poetic and kind,” he says. “It’s like the philosophy behind homeopathy. I never thought about going global. I just want to do things I’m proud of and be happy. It’s that simple.”

Fun facts about Korres on the next page …

The dreamers
Company lore has it that as a boy, George Korres told his mother, who is also a pharmacist, that one day he would make face creams. “I’m not sure if that happened,” chuckles Korres, “but that’s what she says.” Korres’ wife, Lena, suspects it’s true. Since she joined the company in 1996 as a chemist, she has been inspired by her husband’s vision. “I’m the pragmatic one,” she says. “I try to make the dreams a reality.” So far, her top dream-come-true moments are:

“As children, our mothers put yoghurt on our sunburned skin because it’s anti-inflammatory. Inspired by this tradition, we created a yoghurt-based line. It was released in 2003, and we’re still the only cosmetics product in the world that contains yoghurt.”

“We launched our Formula Facts labelling to make it clear what we do and don’t use. It’s about being transparent and sincere.”

“We wanted a cream that contains natural anti-aging active ingredients. It was launched in 2009 and is based on Nobel Prize-winning research on the role of the proteasome function and aging.” [The proteasome function—a cellular reaction that breaks down damaged proteins caused by exposure to free radicals—is activated by the antioxidant quercetin, which is found in oak trees.]

How to get flawless foundation

For decades, we’ve been devoting our skincare practices to the small surface area of our face. But now, products and treatments for the rest of our body are vying to shift our focus. 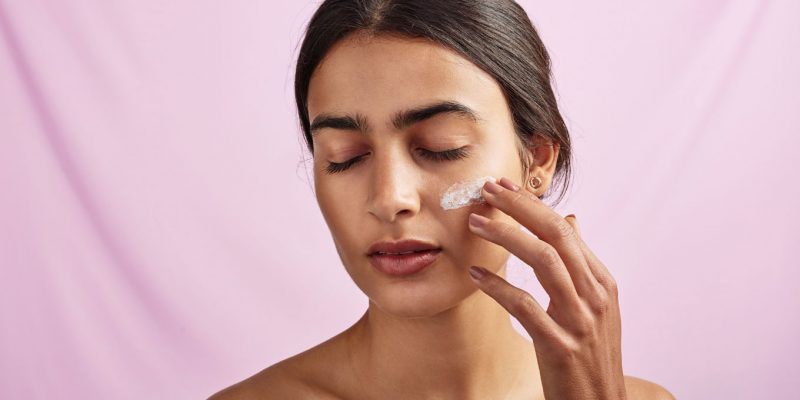