Victoria Beckham on fitness and fashion at Reebok collection launch

"It's a sports collection, but it also feels very fashion too." 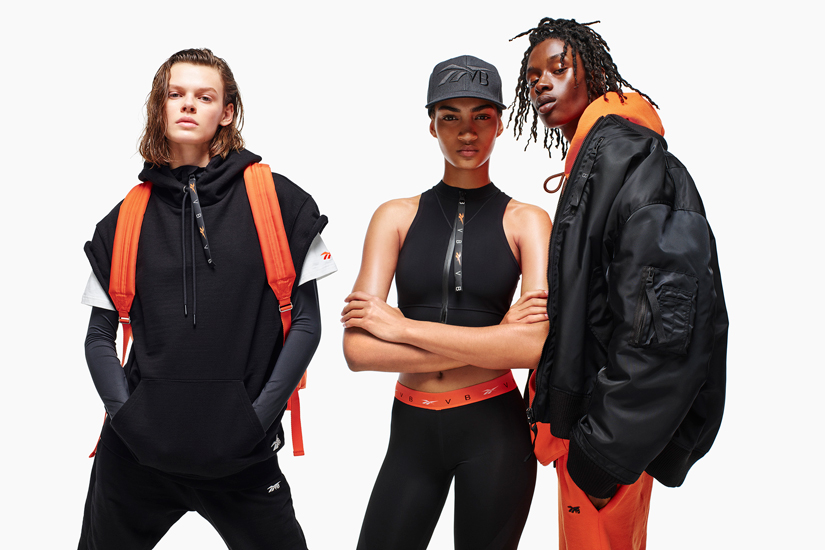 Victoria Beckham formally launched her collection with Reebok, the first in a long-term partnership, today at Ludlow House in New York City. “It’s a sports collection, but it feels very fashion too,” Beckham told media in an interview with jewellery designer Melody Ehsani of her line of athleticwear designed to be worn by both men and women. A roaring launch party at The Flower Shop, a Lower East Side bar, was held the night prior, where Beckham was supported by her husband, David, and eldest son, Brooklyn, along with a bevy of celebrities (Gigi Hadid, Justin Theroux, Stephanie Shepherd).

“I go into a new category when I want that thing in my life,” said Beckham of her decision to branch into athleticwear. And indeed, working out is “a huge part of life” for the designer, who confirmed her two-hours-a-day, seven-days-a-week commitment in a recent profile in The Guardian. Beckham walks/runs 7 kilometres on the treadmill each morning, followed by strength exercises with a personal trainer.

“It’s just something that I do every day: I get up, I work out, I wake the kids up, do the school run and then finish my workout before I go to work,” said Beckham at the event. “I enjoy it. It gives me time to think and prepare myself for the day.”

“Like most women, I’m pretty critical of myself,” she noted, when asked what she most liked about her body. “But at the end of the day, I’m 44 years old, I have four children—I’ve got a herd of kids at home—I make the most of what I’ve got and I accept the way that I look. Men are the complete opposite. If you say to a man he looks good, he’ll be like ‘Heyyy.’ If you say [that] to a woman, she’s always going to say something she doesn’t like about herself. We all do that and we shouldn’t—we should take the compliment and say thank you.”

For Beckham, highlights of the collection include a sold-out cowl-neck sweater and the trainers—”or sneakers, as you call them in America”—which Beckham had long wanted to produce in her ready-to-wear collection but was missing the technical know-how of an athletic brand. “When fashion brands try to make a sneaker, it’s never the same—they needed to look good and function,” said Beckham.

Reebok turned out to be an ideal partner: The brand has a rich history of creating women’s sneakers. At the height of the aerobics craze in the ’80s, they launched the first athletic shoe designed specifically for women, the Reebok Freestyle (now more commonly referred to as the 5411s for their cost, $54.11).

With the Reebok partnership, a ready-to-wear line and a forthcoming independent beauty line, Victoria Beckham Beauty (Beckham had previously worked with Estée Lauder on two well-received limited-edition makeup collections), the Beckham brand is poised to grow significantly in the coming years. And, presumably, Beckham will be doing it in comfort.

“Never would I [have thought] it would be acceptable to go to work in a tracksuit,” she said. “It is now.”