Sunburn art: What is it and why is it dangerous?

There’s bad news in tanning this week. Plus, why you may end up with the guy you always thought was too hot for you. 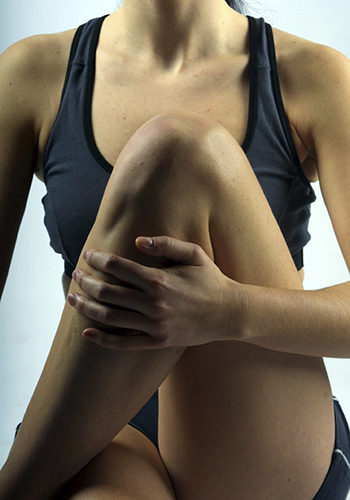 DO NOT TRY THIS AT HOME
Remember in the early 2000s when women used to tan wearing little stickers – such as hearts or Playboy bunnies – to leave them with a temporary tan tattoo. (We’re still trying to forget it.) Now this silly trend is back – but with a new social media twist. People are sitting outside wearing stencils over parts of their body to burn their skin in various designs such as flowers and swirls. They’re then posting their “sunburn art” on social media. It’s not just a silly trend; it’s a dangerous one. The Skin Cancer Foundation has released a statement that advises people to avoid this practice, noting five or more sunburns can increase the risk of (life-threatening) melanoma by 80 per cent.

REACH FOR THE STAR
Everyone has one. The crush that you think is too hot for you. Well, now’s your time to ask him or her out! According to a study published in Psychological Science, there’s a rational reason why ultra hotties sometimes end up with average Joes and Janes – and all you need is a little time. Building on a previous study that found 43 per cent of women and 33 per cent of men ended up romancing someone they didn’t find attractive at first, researchers recorded couples chatting and then had judges rate the attractiveness of each. Those who had only known each other a short time before dating were deemed of equal attractiveness. Meanwhile, in relationships with people who had been friends long before falling in love, one party was always hotter.

FOOD FOR THOUGHT
There’s a scene in the fast-food documentary Super Size Me when Morgan Spurlock (who puts himself on a McDonalds-only diet for 30 days) reveals he’s started to only feel happy when he’s eating fast food. Turns out he may have been onto something. In a new data analysis in the American Journal of Clinical Nutrition, researchers discovered that foods with a high glycemic index (the glycemic index measures how high a carbohydrate spikes blood sugar; foods with high glycemic index include refined foods) had higher links to depression.

AGE IS JUST A NUMBER
60 is the new 35 – if you’re active. Ulrik Wisloff from the Norwegian University of Science and Technology has designed a virtual fitness calculator to determine your actual age depending on your physical fitness level. Try it here.

A MIXED BAG
We’re all for bringing reusable bags to the grocery store. (They’re so much easier to carry home!) But beware, they may influence what you buy. Shoppers who brought in their own bags purchased more organic foods, but also more junk food. According to the authors of the study, which published in the Journal of Marketing, the environmentally friendly gesture makes shoppers feel like they should reward themselves.