Just how dependent on your cellphone are you?

And other must-know health headlines. 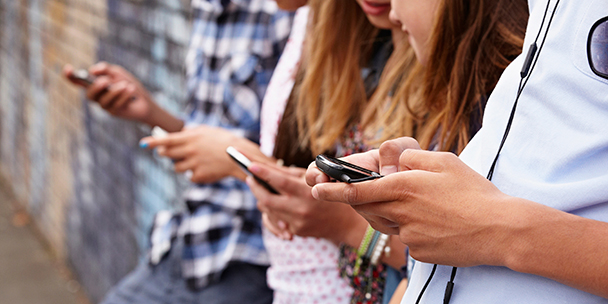 Are you addicted to your cellphone?
A study from Iowa State University can help you find out. Researchers in the school of education have developed a 20-part questionnaire to deduce if you suffer from nomophobia, which is the fear of being without your cell. Click here to try it. (Personally, we’re scared to see the results.)

Hands-free meals
In other cellphone news, it’s not just your mom who thinks it’s annoying when you check your Snapchat during dinner. Eighty-eight percent of people polled in a study by Pew Research Center said it’s “generally” not cool to use your cell during meals. A little less – 82% – agreed that using a phone in a social setting can sometimes hurt convo, but 89% admitted they were guilty of using their phone during their recent hangout. Sigh, we are guilty too.

Raise your glass (of water)
A glass of water before meals can keep the pounds away – consider this your new healthy-living adage. New research shows that drinking a glass of water (500 mL or two cups) before meals could help you lose weight. Researchers from the University of Birmingham studied obese adults over a 12-week period. Those who drank the water lost an average of 2.87 lbs more than those in the control group. “When combined with brief instructions on how to increase your amount of physical activity and on a healthy diet, this seems to help people to achieve some extra weight loss – at a moderate and healthy rate. It’s something that doesn’t take much work to integrate into our busy everyday lives,” said Dr. Helen Parretti, NIHR Clinical Lecturer, according to Science Daily.

The surprising benefits of a four-day week
Where was this study when we were in school? New research suggests that cutting a day off the school week could help elementary school children get better marks in math. Researchers at Georgia State University and Montana State University compared the test results of kids (in rural areas) who participated in a four-day week with longer days versus a five-day week. Reading stats were not affected by the change. They are still trying to understand why. In the meantime, #longweekendeveryweekend.

Tip of the week: Have a daytime nap (if you can). People who logged an hour of Zzzs at noon everyday saw blood pressure drop an average of five percent compared to those who didn’t, according to a new study.