A day in the life of one of Canada's top ballerinas

The National Ballet of Canada's Xiao Nan Yu breaks down what it's really like to be a ballerina. 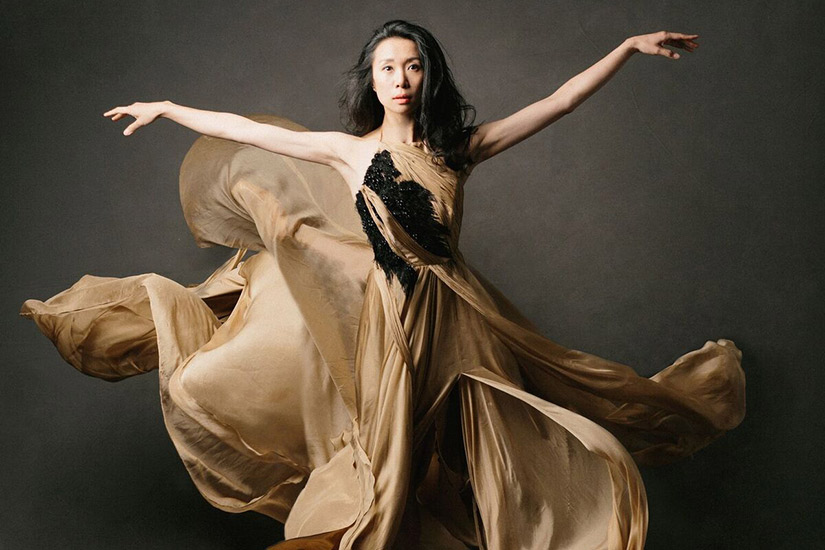 Xiao Nan Yu is stepping out of a physical therapy session when we reach her on the phone. It’s just one of many things, we soon learn, on the ballerina’s lengthy daily to-do list. “Because we’re dancing everyday, on some level there’s [always] strain on our bodies,” says Yu, a principal dancer at The National Ballet of Canada. “We need constant maintenance so that our bodies are on the top of their game.”

Born in Dalian, China, Yu has been a member of the Canadian company since 1996. Next season will be her last, and, happily, she’s performing one of her favourite roles, Princess Aurora, in the company’s production of The Sleeping Beauty, now playing at the Four Seasons Centre for the Performing Arts in Toronto.

“It is so classical and elegant,” Yu says of the ballet, which she’s performed more times than she can remember. “The moment you put on the tutu, you feel like you’re a princess.” As she prepares to dance the part one final time, she carves out a few minutes to describe just how busy a day in the life of a ballerina can get.

Yu’s days start bright and early—no matter how late she gets in from a performance the night before. She wakes up at 6:40 a.m. to get breakfast started for her two daughters (who are 6 and 13) before taking them to school. “I make sure that I spend as much time as I can with them before I go to work, which means there’s no sleeping in for me.” On the menu? For her kids, she likes to switch it up—eggs, toast, ham, cereal—but she usually sticks to a boiled egg, grilled cheese and coffee.

After she takes her girls to school, she tries to tidy up at home and prep her meals for the long day ahead. “If the show’s at 7:30 p.m., I don’t finish until 11 p.m., so I need to have small snacks throughout the day that will last me and give me enough energy,” Yu says. Typical meals and snacks for the dancer include a sandwich or salad, a protein (like grilled chicken), nuts and some carbohydrates for energy. She can also never be found without her BioSteel protein powder and an abundance of Clif Bars, which she usually sneaks in between classes or during intermission.

By late morning/early afternoon, Yu is out the door and on her way to work. Even though she lives about an hour away from the Four Seasons Centre in Thornhill, she prefers to take public transit to work, wanting to avoid driving downtown Toronto. Besides, she adds, this way she can read or listen to an audiobook or some music. Right now, Yu’s listening to Lee Child’s thriller 61 Hours, but she doesn’t stick to any one genre. As for music? Yu tends to go for classical music when she’s not performing for some extra calming vibes.

Once she arrives, Yu heads right into the studio for ballet class where the dancers spend about an hour and 15 minutes working on their technique, doing barre work and practicing jumps—just focusing on warming up their bodies gradually.

Next, she’ll prep her pointe shoes. “I put them on and dance in them, so they’re a bit softer, they’re more part of my feet,” she explains. She’ll end up wearing each pair for a few hours before actually performing in them. The goal? To soften each pair (to avoid cramping), but still leave them hard enough so that she can’t feel the floor and they’ll support her feet. She has three pairs ready for every performance (she’ll use two for sure, the third is just in case).

Then Yu goes to her aforementioned physio appointment, checking that her alignment is straight and her body is ready to go before the show. A few times a week, the dancer will also get acupuncture on her calves, which tend to get tight. (For those curious, yes, the needles hurt a bit when being put in, but Yu tells us it’s relaxing and that she feels great after.)

Afterwards, it’s time for an early dinner. This is where Yu will fit in the carbohydrate—typically a pasta—she made earlier in the day. By 4 p.m., she channels Sleeping Beauty and heads into her dressing room for an hour-long (and much needed) nap.

It’s game time when she wakes up. First she does her makeup. The company uses all M.A.C Cosmetics products, and Yu says she particularly loves their eyeliners and lipliners. Then she’ll go get her hair done by the company’s hairstylist and be back in the studio by 6:15 p.m.

Warm up is similar to the class the dancers did earlier in the day, except now they’ll be in costume and try more components from the ballet. “To us, it’s like brushing your teeth and washing your face every day,” she explains. “The warm up has become part of the performance, it’s second nature.”

Yu adds that she has no rituals before the show starts, but even after more than 20 years performing, “there are always a little bit of butterflies in my tummy before I go on, for sure. But once you go on stage, it’s like muscle memory kicks in. It’s just you and the audience. It’s an amazing feeling.” And after? Yu laughs, “[I’m] pretty exhausted. It does feel great, but you’re pretty tired.”

After the curtain call, Yu will spend about another hour at the theatre—icing her calves and feet (to reduce swelling), taking a shower, drinking a protein shake—before heading home. She usually arrives home after midnight. There, she’ll have another light meal (like a soup or noodles) that her husband has waiting for her. It’s not until about 1:30 a.m. that she’s finally able to get into bed before another busy day.

But that doesn’t mean she gets much rest: “I wake up and toss and turn,” Yu says. “Most of the time when I do a performance at night, it’s pretty difficult to sleep because the adrenaline keeps you up.”