The chignon is chic, but is it cool? 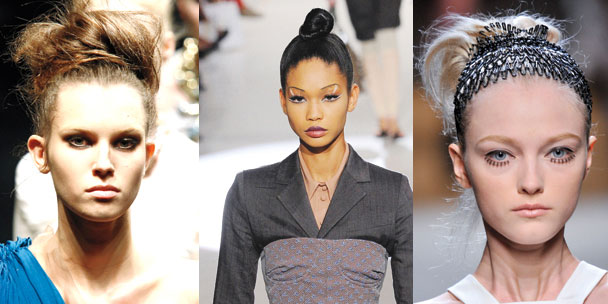 The French have a name for the sloppy topknot you bundle your hair into before stepping into the shower: They call it a chignon négligé. “Ah, tu parles d’un chignon négligé,” says Sophie, an actress who works the morning shift at my neighbourhood café. As she turns around, I notice a bun at the back of her head that has gone awry, with strands of hair spilling out of an elastic band to achieve that perfect nonchalance that is the Gallic bun. New Yorkers wear their hair in neat, buoyant ponytails, but Parisiennes wear their hair in buns. “Parisiennes do it so that their hair doesn’t get wet in the shower,” says Sophie. “Americans don’t because they wear shower caps,” says Jérôme, who is standing to my right. Everyone in the café chortles.

The rest of the world is now rediscovering what French girls have always worn. On the spring catwalks, topknots and French twists turned up at influential shows like Marc Jacobs, Yves Saint Laurent, Chanel and Zac Posen. At Lanvin, the girls sported glorious updos that paired perfectly with their glamorous gowns.

But the story of chignons isn’t about starlets having updos to go with their gowns and jewels; rather, it’s about how much down vibe there is in the updo. At formal award ceremonies and charity balls, the new-style buns are the undone ones. A-listers like Chloë Sevigny and Amanda Seyfried aren’t wearing elaborately upswept, braided, coiled and pinned masterpieces of hair; they’re donning artfully messy updos that look like they’re missing a bobby pin or two.

The other interesting aspect of the trend is that the updo is for downtime— leisurely pursuits like walking the dog or strumming a guitar—not just for proms, balls or walks down the aisle. A Swedish girl I know named Amelie attributes the current updo trend in her country to Swedish pop singer Lykke Li, who often wears her hair in a ’60s-style bun. Amelie points out that chignons are the perfect camouflage for bad-hair days and thin, flyaway hair—all that an unsophisticated ponytail can’t fix. “I don’t like ponytails because they’re for young girls,” says Sophie. “A chignon makes you a woman—it reveals the nape of your neck and is very sensuous.”

A perfect bun or a messy chignon? Find your style on the next page…

Up in the air: Bird-nest messy or retro polished, we love our chignons

What hair style are you after this season? Use your own photo to test-drive some of the best looks straight off the international runways. Take a tour of our
virtual makeover tool!

The bun is, indisputably, for grown-ups. Before women discovered the bob, putting up one’s hair was a rite of passage in the same way that boys graduated from short pants to full-length trousers. But, even though updos symbolize womanhood, they also remind us of prepubescent ballet classes: The neat, top-of-the-head Jennifer Lopez-style bun is the quintessential coiffure of innocence—the hairdo of demi-pliés and jetés.

The symbolism of the bun is, in fact, as hard to pin down as a stray tendril. Who knows the subtext lurking within each mesmerizingly intricate updo that actress Abbie Cornish wears as John Keats’ muse, Fanny Brawne, in Bright Star? Each twist and turn of Fanny’s hair is worth a thousand words of Keats’ verse. “Jane Campion [the director] and I had long discussions about Fanny’s hair,” says Konnie Daniel, the film’s hair designer. “At 19, you’re fashionconscious but natural in an unspoiled way. The character was lower or middle class, so her hair would have been natural—not with a lot of curls like higher-class ladies. We gave Abbie a bun with a centre part and kept the hair tight. We added hairpieces because, in those days, women added feathers and extensions. Hair was considered a status symbol.”

For those who follow the TV series Mad Men, the updo is central to a mysterious plot point in season three. Betty Draper goes with her husband, Don, on a business trip to Rome. She makes an appointment at a salon there, has her hair done up in a lavish La Dolce Vita ’do and proceeds to transform from a wholesome American housewife into a cosmopolitan, Italian-speaking femme fatale. The tipping point in Mrs. Draper’s tantalizing metamorphosis? Her beautifully engineered Roman updo.

Today’s dirty, sexy chignons are but a faint reflection of the fabulous updos of yore, in which every braid and coil spoke richly of foreign intrigue or social standing. They remind us of how much has been lost in the art of hairdressing and how the cut has usurped the bun in a woman’s rite of passage. At the end of Bright Star, Fanny mourns Keats’ death by chopping off her hair. In Fanny’s life, her scissored hair signalled the end of first love; for the rest of us, it was the beginning of modernity.

Pointers for creating the perfect chignon on the next page…

High alert! Spring hair is all about updos
Up & away: The dishevelled updo
The big bang theory: Bangs are making a bold style statement

Serge Normant, the man behind some of Hollywood’s most memorable updos, breaks down the new chignon.

• “Without giving yourself a headache, make your ponytail tight,” instructs Normant. “If you create too much messiness from the beginning, chances are your bun won’t be secure enough.”

• Build whatever shape you want in the back (a mesh chignon, or “hair doughnut,” comes in handy here) and pin where needed. Once it’s all done, lightly mist with hairspray and then put your whole hand over the shape to loosen it slightly.

• Pull a couple of hairs out of the bun and leave a few stray pieces out around the hairline.

• Embrace your flyways and frizz, suggests Normant, but don’t go overboard. “It shouldn’t be so messy that you want to take it down. It’s a fine line.”

• A strong elastic band is like the foundation of a house—you want the home to be built on a good base, so the ponytail needs to be really secure.

• If you’re doing a more dramatic look, you need a great comb to tease the hair. Creating texture adds volume and makes it easier to anchor bobby pins.

• Look for a light-hold hairspray. If you make a mistake and need to start over, you can brush it out and it won’t have that sticky feel. 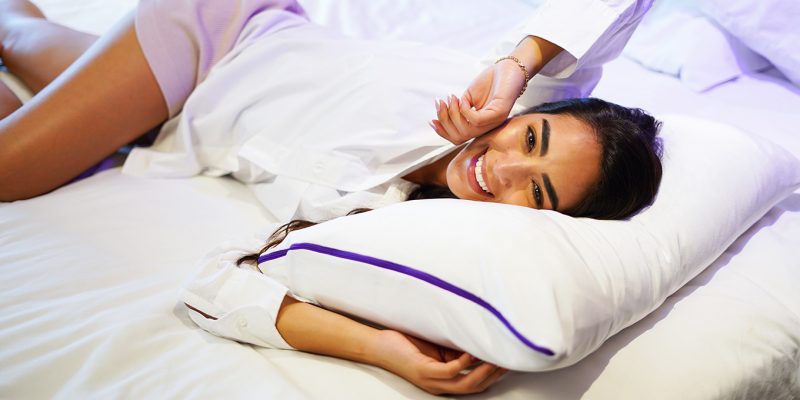 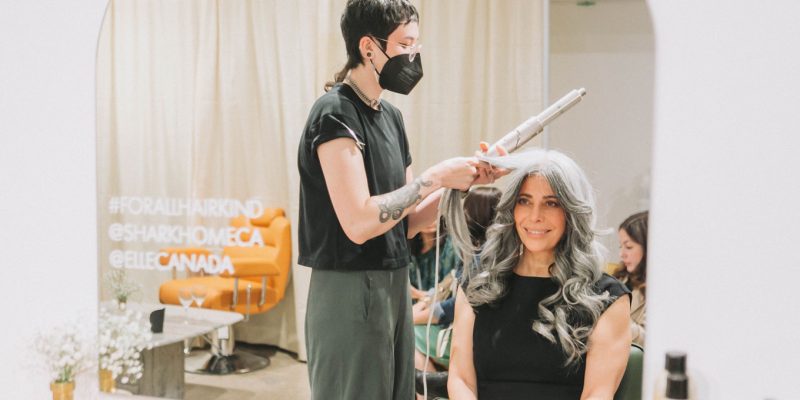