Biotherm's star ingredient, manna, may just be the answer to rehydrating your dry skin. 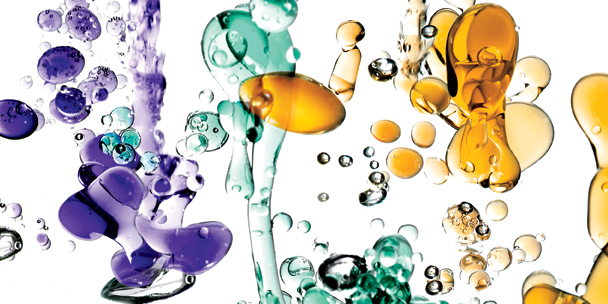 One of the most unique things about Biotherm’s Aquasource is how it feels. Halfway between a gel and a cream, it seemingly disappears into your skin, where one hopes it is doing all the hydrating, rejuvenating and protecting that its packaging claims will occur once the smooth formulation is applied.

Aquasource was launched in 1997, but this latest incarnation contains the same thermal-plankton formula that the French brand has been renowned for since the 1950s. The plankton-rich cellular water, which is sourced from the hot springs in the Pyrenees, contains minerals, vitamins and amino acids and a new ingredient: mannan, a sugar secretion extracted from the manna ash (Fraxinus ornus) tree. The mannan is hydrolyzed in water so that it turns into tiny “Mannose” molecules, which reportedly do the same thing for your skin that they do for a tree: attract, stock and transport water. The idea is not entirely new; there have been a number of creams designed around the virtues of trees, like Dior’s L’Or de Vie Crème, which uses extracts from Château d’Yquem grapevines, and Yves Rocher’s Hydra Specific Ultra Source Rehydrating Gel-Day Cream, which is made with maple sap. Biotherm’s Aquasource, however, has an unexpected and biblical orientation.

The name Mannose comes from manna, which is said to have rained down from heaven on the Israelites as they wandered through the Sinai desert. The manna secretions came from a flowering tree, much like a lilac or an olive tree, that is indigenous to Europe, North Africa and Southwest Asia. It has been documented to have significant antimicrobial, antioxidative, photodynamic-damage-prevention, wound-healing, anti-inflammatory and antiviral properties. So while manna kept God’s chosen people from having to eat their sandals, Mannose performs another kind of miracle: It helps regenerate living epidermis.

More on the benefits of manna on the next page…

“Mannose has the capacity to boost key proteins involved in the natural hydration process at every level of the epidermis,” says Elisa Barouhiel, scientific communication director for Biotherm. “By stimulating the synthesis of two main markers [keratin 5 and transglutaminase 1], it helps regenerate the living epidermis and boost the skin’s natural renewal cycle.”

And, indeed, the clinical results look seductive. In “before and after” electron microscopy images, the disorganized “before” skin looks like flaky mille-feuille pastry, whereas the “after” skin has all the layers stacked nicely on top of one another, enabling skin to lock in moisture more efficiently. Apparently, Aquasource thickens the epidermis by 25 percent when used over a period of one month, and in just four hours it increases hydration by 47 percent. Indeed, manna from heaven.