Beam me up! The latest skin care secret

Meet the laser that's about to become your skin's new BFF. 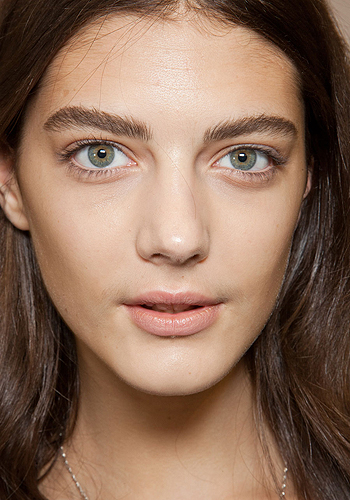 As soon as the PowerPoint slide entitled “Fractional Non-ablative Photothermolysis” came on, I knew I was in way over my head. I was at Tria’s headquarters in San Francisco for an exclusive first peek at the company’s new Skin Rejuvenating Laser (SRL), an at-home device that promises to bring
anti aging technology (previously available only through dermatologists) to the comfort of my overcrowded bathroom counter. En route to the meeting, I was given a tour of a workroom that looked like the inside of a robot and passed a group of engineers’ desks covered with pliers, wrenches and circuit boards. This isn’t typically my kind of hangout spot, but I was desperate to get my hands on the SRL before its Canadian launch this month. (We’ve got the global exclusive; our American neighbours will have to wait until next year.)

It was clear that everyone at Tria was excited about it too. The first of its kind to be approved by Health Canada, the SRL was subjected to independent physician-led clinical studies here and in the United States, in which 100 percent of users experi­enced a significant improvement in texture and 75 percent experienced a similar improvement in
fine lines and wrinkles, discoloration and redness. It’s so hot off the presses that, earlier, when various staffers saw the SRL in the hands of my tour guide, they gasped over the sleek final packaging. Even the engineers with me in the meeting kept passing the beeping device back and forth to one another and sweeping it across their faces during our conversation. It was a tad distracting but made me really want one.

The day started much less high-tech, over a relaxed breakfast at Le Méridien San Francisco with Kevin Appelbaum, CEO for Tria. The tall ex-military officer and former Sephora senior executive arrived with a backpack slung over his shoulder and quickly regaled me with entertaining tales of the various romances sprouting at the office. (He said that there are many love matches at Tria “because it’s so much fun [to work] there!”) Appelbaum’s easygoing attitude belied his all-pro approach to business and his belief in “liberating customers from products that don’t work.” He paused for a spoonful of his organic oatmeal and shrugged. “Women are frustrated. The industry over-promises and underdelivers. We want to compete on the basis of credibility.”

It’s in Tria’s DNA to launch products based on concepts or technologies that are both proven and already used by professionals. That’s why its previous releases (the best­selling Hair Removal Laser and Skin Perfecting Blue Light for acne) are centred on the use of light and lasers. In fact, many of the scientists at Tria are the same ones who created the professional light devices used by physicians.

A decade ago, lasers were one of the more hard-core anti aging options for those comfortable with blasting their faces off. Literally. Working with lasers back then meant stripping off the entire epidermis (the top layer of skin) and some of the dermis (the layer underneath). Results were hard to guarantee because healing was unpredictable.

In 2004, Dr. R. Rox Anderson, a dermatologist at Massachusetts General Hospital, changed all that. Anderson figured out how to fractionate a laser so that its power is delivered in little pixels instead of a light-sabre-style solid beam. “It revolutionized the way we were able to deliver the treatment,” says Dr. Frances Jang, a dermatologist in Vancouver. “The pixels cause micro-sized tunnels of injury in the skin. The important difference between this and older lasers is that inter­vening pockets of normal skin are left intact. The downtime for recovery—which is of huge interest to people—was really improved.”

Why does inflicting this kind of injury
help our skin look younger? Well, the
healthy skin on either side of the laser-damaged cells steps in to repair it, creating new collagen and—this is the really cool part—pushing the zapped, now-dead cells up and out to the surface of the skin. The (kind of gross-sounding) scientific term for this is “micro-epidermal necrotic debris” (MEND). The layman’s definition of the process: Healthy-skin garbage collectors below the skin’s surface eject icky bits, including brown spots and discoloration.

The SRL does the same thing—but with less intensity. “You’re stimulating the body’s natural response to create collagen and eject pigmentation,” says Appelbaum. The SRL uses non-ablative fractional technology, which means the laser is sent directly to the dermis without removing the top layer of skin. On paper, the main difference between it and a similar treatment at a derm’s office (no direct comparisons have been made between the two) is a less dense creation of “damage tunnels.” A pro treatment hits a range of 1,000 to 3,000 per square centimetre of skin, while the SRL hits 40 to 130­—a ratio of about 20:1. That’s why it takes a daily application (a few minutes a day for eight weeks) to get to the end result, and there’s no downtime afterwards. (A non- ablative treatment at the derm can cost upwards of $1,500 and has no recovery time either, but a course of treatments is often recommended for full benefit. For things like acne scarring, rosacea or
very deep wrinkles, you need a more intense treatment at a derm’s office.)

Now, the SRL isn’t going to provide a Benjamin Button-esque transformation. And it’s not going to magic­ally erase the huge scar above your lip that you got from face planting off your skateboard/sun lounger/ stilettos (delete where appropriate). But, says Appelbaum, your skin’s texture will start to improve, becoming smoother and softer, in about two weeks. Around the three-month mark, you’ll have a more youthful glow, sun spots and photo-aging will fade away and even fine lines will clear off.

Perhaps there might be something to this science stuff after all.

Combat wrinkles with these products!