Why one woman can't stop snooping on her husband 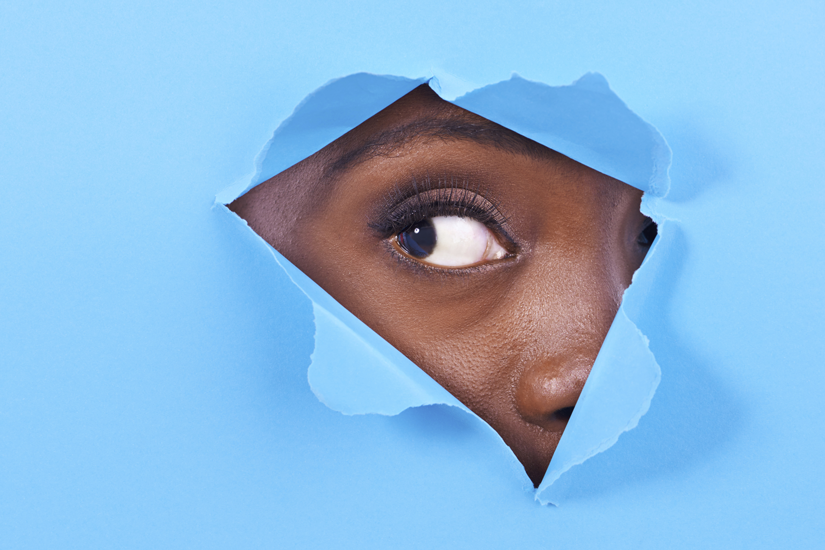 I found out that my husband was cheating when I read our iPad Internet history. “It’s against the rules to Google clues to The New York Times Saturday Crossword,” I grumbled, shocked that Tim – who has a vocabulary that Rory Gilmore would be jealous of – had resorted to such treachery. He was sheepish but not surprised that I had found him out – this wasn’t the first time my snooping had unearthed a secret in our relationship. And the time before, it was something far more serious than “What’s a four-letter word for new pop of 1924?” (Nehi, if you’re wondering.)

Five years ago, my all-consuming curiosity ruined the surprise marriage proposal Tim had planned for a weekend getaway in Montreal. It started innocently enough. A few weeks prior, we had been debating the age difference between then couple Derek Jeter and Minka Kelly. (Don’t ask.) I borrowed his phone to look for the answer, and when I opened the browser, a window with a search for engagement rings popped up. Most people would hand back the phone calmly while internally combusting, get their nails done and then hunker down to wait out a proposal. But I couldn’t let it go.

At the first opportunity, I searched the Web history of our computer. And I found links to rings! So many sparkly rings! From Tiffany’s! And Birks! Then I did what no person should ever do: I read his email (I know his password, which, according to a 2014 study by the Pew Research Center in Washington, D.C., is common – about two-thirds of couples share this info) and saw a note from my best friend that contained a hearty “Good luck, Tim!”

I knew, and because I’m a rotten liar and panicked every time he knelt down to tie his shoe or reached into his pocket for his wallet, he knew that I knew. After a day of sightseeing and too much poutine, he ended up proposing while we were sitting on the bed in our hotel room eating Tootsie Rolls. He held out his hand, mumbling with a resigned air something about how I probably knew this was coming, and I’ll always regret robbing him of the moment that should have been.

READ MORE: Tinder dos and don’ts you need to know

You’d think I’d learn my lesson, but I snoop more than ever now. I regularly creep Tim’s email inbox and read his text messages. I don’t even know what I’m looking for. And I’m not a sociopath – I know I shouldn’t do it, and I do feel badly about it. It’s a violation of his trust and the Criminal Code of Canada, and I would be livid if he ever did the same to me. I’m not the only one doing this, though. According to a 2013 survey by a U.K. mobile-phone company, 62 percent of men and 34 percent of women have scrolled through a partner’s phone. So why do we do it? Jennifer Pink, a Ph.D. candidate in clinical psychology at Simon Fraser University who has studied snooping and its effect on relationships, says that one of the most common reasons is also the most obvious: trust – or a lack thereof.

A 2012 study published in College Student Journal found that 66 percent of college students felt that it was okay to snoop when they were curious or suspicious about the actions of someone they were dating. Technology has made it so much easier: If you’re worried your BF is being unfaithful, you are far less likely to get caught reading a phone than rifling through his desk for receipts and sniffing his coat for perfume as if you’d stepped onto the set of Days of Our Lives.

I wasn’t spying because I was worried that Tim was having an affair – he’s no Noah Solloway. In fact, he probably hasn’t talked to a woman outside our circle of friends since 2007. On the other hand, he’s not overly emotional or expressive – I’ve seen him cry only twice in 10 years, and once was while watching Field of Dreams – so it can be tough to know what he’s thinking. He also sometimes forgets to tell me things, big things, like when he got a bonus at work or the day that a bunch of people got fired from his company. Maybe that’s where my urge to check up on him comes in.

Pink agrees. “If you’re feeling like your partner isn’t as open as you’d like him or her to be, that can lead to uncertainty about ‘What is my partner thinking and feeling about this issue?’ or ‘What’s the future of our relationship?’ So that snooping can really be an effort to seek reassurance.”

READ MORE: The top 5 reasons you’re not having sex

For me, it was also a question of self-control: Once I’d started, it was hard to stop. “You’ve taught yourself ‘If I just indulge, I can soothe this curiosity,’” explains Shyamala Kiru, a marriage therapist based in Newmarket, Ont., who notes that this behaviour is common. If you read that text and don’t find the evidence you were looking for, you feel relieved. Maybe you’ll justify your teensy transgression because your worries were assuaged, and next time you’ll feel more inclined to peek. And on it continues.

As of writing this article, I’ve been snoop-free for three months. Here’s why. Two things happened the last time I checked Tim’s phone – in this case to read a text message from his cousin to see what he was up to. Tim (finally) vented his frustrations with my bad habit, which started a fight but (eventually) got us communicating about topics and issues we were regularly glossing over.

I also realized that I don’t really want to know everything he’s doing. Having some non-relationship-damaging secrets from your spouse is totally normal. I haven’t told Tim how much my Mansur Gavriel bag really cost or where I hide the good cheese in the fridge. He shouldn’t have to bare all either. “Privacy and autonomy are equally as important as intimacy and connection,” says Kiru. “The healthiest relationships that I’ve seen are the ones where the couple is able to balance that separateness with that togetherness, and privacy allows us to foster that separateness.” Even if that means letting go of the odd crossword cheat now and then.

I spied. Now what?

1. Come clean and apologize. “Say ‘Listen, I have done this; I don’t want to continue because I don’t like the way it makes me feel and I don’t like what it does to our relationship,’” says Kiru.

2. Figure out why you snooped, and talk about it. “What need is snooping fulfilling for you? Is it curiosity? Uncertainty? Are you looking to feel closer?” asks Pink. “Once you know that, talk to your partner and, as a team, come up with ways you can meet that need.” For example, if you feel the urge to peep at your man’s bank balance because you’re worried he spent the rent money adding to his Stan Smith collection, find some middle ground: Tell him you don’t want to police his budgeting and suggest that he limit new shoes to one pair a month or you look at his account together every six weeks.

3. Make it impossible for you to snoop. If you feel the urge – mine gets bad after a glass of Malbec – ask him to change his passwords.

4. And if you find something you should be worried about? You’re not off the hook, says Kiru. “Share that you were feeling anxious about the relationship, which led you to make a choice that you realize was a boundary violation. Don’t minimize your partner’s feelings about your snooping just because you’ve uncovered a secret. Then express your concern.” She adds that at this point you may need to see a therapist. “There are likely some bigger issues at stake that require more focused attention.”

This article originally appeared in the March 2017 issue of ELLE Canada.