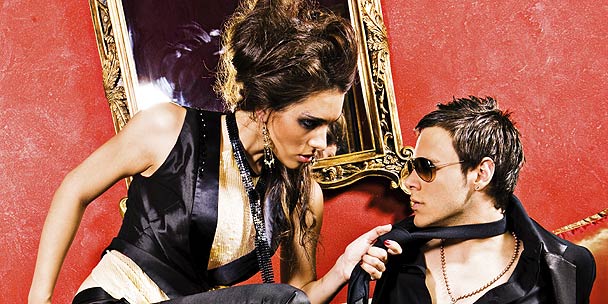 Q: A friend of mine is getting married this year. Here’s my dilemma: On several occasions, I’ve spotted her fiancé at a gay bar. He’s always by himself, so it’s not like he’s just out with friends who happen to be going to this bar. My friends say that I should tell her, but I feel very uncomfortable about doing that. Any advice? – Unsure

Dear Unsure: Where there’s smoke, there’s fire – but be careful or you’ll be the one who gets burned. If you tell your friend about these bar sightings, she’ll be angry and suspect your motives. I would encourage you to talk to her fiancé the next time you spot him at the bar. Once he knows that someone has seen him, it might be the push he needs to come clean. He should be the one to tell your girlfriend what’s up – not you. If he’s feeling pressure to get married, for whatever reason, he needs to be honest with her. I’m sure that he wants this to be out in the open just as much as you do. So give him the chance to set things straight – no pun intended. Meanwhile, your friendship will remain intact and you’ll be there to help your friend.

Q: At a recent family gathering, my husband’s ex-wife told me that he’d had an affair when he was married to her. She assumed that I knew and was shocked to hear that I didn’t. I asked him about it, and he denied it. His motto is “The past is the past.” Why is this bothering me so much? – Confused

Dear Confused: First, I suspect that his ex is an angry, bitter person who is trying to cause trouble. I think you need to let sleeping dogs lie. He is with you now and has never cheated on you. You have a tendency to get worked up about things, and this is behind much of your ongoing anxiety. You should try meditation; it will help you feel calmer and more in control of your life

Q: I have been in a relationship with a man for 16 years. When we first met, he was a young Polish immigrant. I encouraged him to go to university and was happy to support him financially and emotionally. I introduced him to my family and friends, yet he never took me to Poland to meet his family. Ten years into our relationship, my company relocated me to another city. We were apart for three years, but he eventually joined me. He went to school again and finished his second degree. He landed a great job and, as it turns out, a romance with a co-worker. Apparently, he never told anyone at work that he had a common-law spouse, never mind a girlfriend. I feel so stupid. News of his new relationship turned my world upside down. It’s not only the lies and deception that hurt; it’s also the fact that, to him, I was invisible and could simply be erased without any guilt or remorse on his part. In spite of it all, I still ache for him. Why can’t I move on? – Stuck

Dear Stuck: You can’t move on because you’re full of fear. You’re a kind, intelligent woman. You have a good job and great friends, and you thought you were a good judge of character. Now you can’t believe that you were duped. I suspect that you wanted to believe him because he made you feel needed. You had just come out of a disappointing and hurtful relationship, and you thought that in this relationship you were the one in control. The simple but hard truth is that you were used: He’s a wolf in sheep’s clothing. The writing was on the wall, but you turned the other way. This man doesn’t deserve anything more from you; it’s time to let go. Don’t be afraid to be yourself. You’re a beautiful young woman with a lot to give. Sadly, I don’t think this is the last you’ll hear from this mooch. He’ll come snooping around again, but by then you will have moved on and be happily dating a new guy.