Does your sexual partner tally affect your chances of long-term love? Our experts dish their best relationship advice. 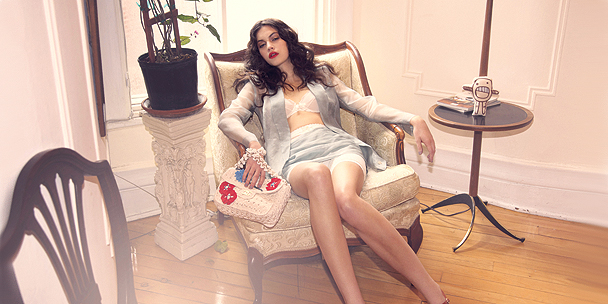 Does the number of people you’ve slept with negatively impact your chances for future romantic and
relationship happiness? This question is explored in the film
What’s Your Number?, a new romantic comedy starring Anna Faris. In the film, Faris’s character Ally reads a magazine article that says, "97% of women who have been with 20 or more lovers can’t find a husband." Terrified that she’ll end up alone, Ally vows to not sleep with another man unless she’s sure he’s the one. In the meantime, she decides to
reconnect with all of her exes to see if she might have missed a diamond in the rough. The paranoia that you might have had too many lovers, is a very real feeling for many women. However, is there any validity to worrying about it? We ask the experts for their relationship advice.

Relationship advice: Is the "love hormone" science or myth?
The fictional statistics from the movie are most likely alluding to the controversial research done by Dr. Eric Karoack. The cornerstone of his research is that pre-marital sex can hurt a woman’s ability to bond in marriage. He claims that it all comes down to hormones. Oxytocin is a brain hormone that is associated with pair-bonding including mother-infant and male-female bonds. The chemical that is better known as the "love hormone" or "cuddle chemical" is released during pleasurable activities such as hugging, massage and of course, sex. Karoack has coined Oxytocin as "God’s Superglue," claiming that its release is what keeps married couples together. He also claims that by sleeping with multiple partners before marriage, a woman risks depleting her supply, therefore making it difficult for her to form strong emotional connections with men in the future thus, making it unlikely that she’ll have a successful marriage.

More relationship advice about finding true love on the next page …

If reading that last paragraph has caused you to go into a panicked frenzy just like Ally did in the film, stop checking out your exes on Facebook and take a deep breath. Critics of Karoack’s research have cited counter evidence that suggests his theories are bogus. Jill Schneider, a professor of behavioral neuroscience at LeHigh University says that Koroack’s theories are unfounded, "It’s basically medical misinformation to say that the only healthy human relationship is monogamous marriage. Clearly, there are healthy single people and healthy people who practice serial monogamy." Schneider goes on to say that since Oxytocin is also released during childbirth, if Karaock’s theories were true, a mother ability to bond with her children would lessen with each offspring. She also points out that one of the primary ways Oxytocin is released through orgasm however, not all women consistently orgasm during pre-marital sex.

Critics of Karoack’s theories say that when confronted with this kind of research, it’s important that people continue to make their own choices about their sex lives. Online author and activist Heather Corinna responds to these studies by saying "we don’t feel there’s one model of relationship, or any right or wrong number of sexual partners, that will or won’t lead to satisfaction, happiness or a lack of hurt or harm for everyone, and that we don’t feel it’s sound for us or anyone else to suggest that there is."

Sex and love are not a "paint by numbers" game.
Kara* age 30, says the she feels like research such Karoack’s and films like What’s your Number? exist as a scare tactics to make women subscribe to a certain field of thinking. "I used to beat myself up about the number of people I’d slept with. However, as I get older I’ve realized that there is no ideal number and worrying about it is pointless. As long as you are being safe and respecting yourself and your partners, what’s the big deal?"

Women like Kara have come to come to a similar conclusion that Ally did in the film: that you can’t live life by the numbers. Although biology plays a large part in our sex lives, science isn’t everything. It’s also not realistic to put an arbitrary timeline on falling in love. Finding the right person is often accomplished through trial and error.

As Kara* puts it: "There’s definitely people I wish I hadn’t slept with however, it’s my experiences – both good and bad – that have made me who I am today. Without them I wouldn’t have such a clear idea of my sexuality and what I want out of a relationship."

What do you think? Is your number a big deal, or simply that – just a number?

Read more:
Relationships: What are your biggest relationship regrets?
Relationship and privacy: How much sharing is too much?
Social media and your exes