In childhood, she’s our idol and our mentor. As adults, we wonder “Will I look like her as I age?“ 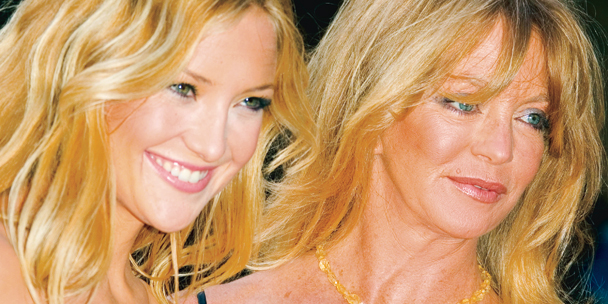 One evening, Elise was having din­ ner with her mother at a restaurant. “When dessert came, I realized that I hadn’t been listening to anything she said,” she confesses. “I spent the entire meal watching her face and wondering ‘That wrinkle? No, I don’t believe I have that one. Lines above the lip? I have those already. Dull complexion? Perhaps not; I don’t smoke anymore….’” At 37, Elise says that her face doesn’t resemble that of her mother. “But with age, I will have more and more things in common with her,” she says. “It’s frustrating be­ cause I don’t want to age like that at all.”

Younger women have become obsessed with aging better than their mothers. Despite the ar­ senal of anti­aging prod­ ucts at their disposal, many women look at their mothers and wonder if genetics will trump all. Our resemblance to our mothers often catches us by surprise—like in a mirror under the raw light of a fitting room or our reflection in a window. It’s a moment that hits us, reminding us that we are our mother’s daughter, whether we like it or not. It might be something small— an expression, a line—that brings her image to mind. “My mother is a very pretty woman who has aged well, so it’s re assuring—even if I don’t look exactly like her,” testifies Michelle, a 43­year­old director of communications and mother of three girls. “But sometimes in the evening, before I go to bed, I look in the mir­ ror and am surprised to see something she has—it’s always unnerving.”

In 2006, Michel Raymond, a specialist in human evolutionary biology at the Centre national de la recherche scientifique in Montpellier, France, reported in a study that newborn babies resemble their mothers more than their fathers. Even facial expressions seem to be engraved in our DNA. In another study, Israeli re­ searchers analyzed the faces of fam ily members, one of whom was blind from birth. They discovered that even the non­sighted mem­ ber exhibited facial expres­ sions similar to the mother’s. “We often say that this phe­ nomenon is due to imita­ tion or education, but this study raises the issue of genetics,” says Raymond. Even so, it stands to reason that if one habitually makes the same facial expressions as a parent, the same kinds of wrinkles will be formed.

Will you age like your mother? Find out on the next page …

Feeling toxic? We’ve got the cure…

Do you need a relationship expert?

Genetics isn’t the only factor that affects the process of aging; environment and lifestyle choices play a role as well. An American study examined 186 pairs of identical twins and dis­ covered that they aged differently depending on their lifestyle choices. Long­term smoking and sun exposure had significantly negative effects on aging. “I suppose that I’ll age like my mother, but, at the same time, I haven’t had the same life,” says 34-year-old Claire. “She sleeps very little; I’m a huge fan of sleeping in. She had a very hard childhood; I didn’t. I play sports and I’m active; she isn’t. I believe that time will mark us differently.”

“I wish I could have both mother and daughter at each consultation,” says Joëlle Ciocco, a derm atologist and biochemist based in Paris. “This would help me anticipate the future.” According to Ciocco, aging is only 30 percent genetics; the rest is determined by our environment and lifestyle choices. “From ages zero to 30, the skin’s beauty is determined mainly by genetics,” she says. “We can enrich our skin with simple procedures and products, but it’s mostly determined by genetics. After 30, the aging pro- cess really begins. If we are blessed with good genes, the signs of aging are less aggressive; if we are not blessed with strong genes, our beauty regimen is essential.” What should we do? “The most important thing is to wash your face thoroughly every night—twice,” advises Ciocco. “Give your skin a proper cleansing with the right products. Also, use UVA and UVB protection, and don’t smoke.