Hiding depression behind a smile is more common than you think

When depression comes in a happy, high-functioning disguise. 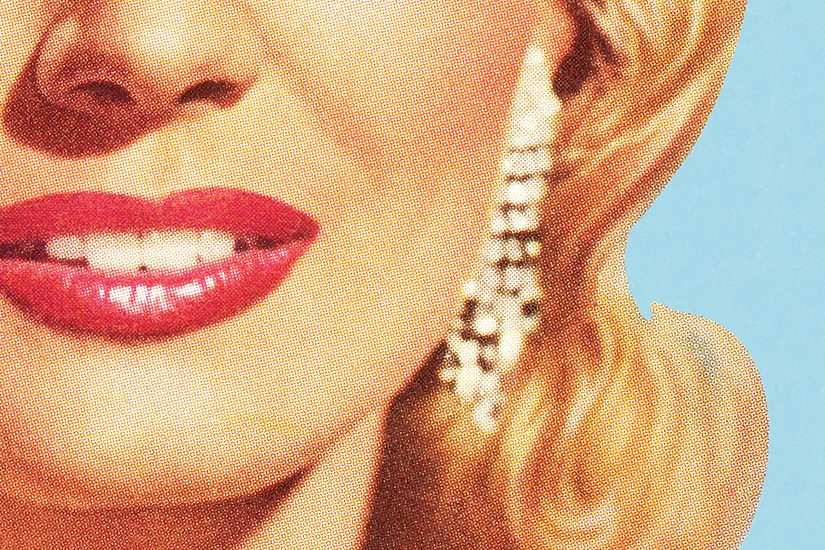 Vivianne is a publicist for a global fashion brand, so it’s no surprise that she’s a pro when it comes to putting on a good face. Take a quick look at her Instagram feed and you’ll see snaps from music festivals and girls nights, cute-puppy selfies, beach vacays and the kind of perfectly tousled hair that gets “likes” by the hundreds. Her cool-girl job gets her invited to the best parties; her cute (now ex-) boyfriend looks like an indie rock star. On the surface, she is #lifegoals, #squadgoals, #jobgoals, #hairgoals. In reality, she often feels alone and conflicted about presenting such a cheerful facade. “I think a lot of people might look at me and see a person with a successful career and lots of friends and make certain assumptions,” says Vivianne, who lives in Toronto and asked us not to use her real name. “I think they would be surprised to know that I’m sad a lot of the time.” A few years ago, she started treatment for depression and ended up taking a leave from work to address various mental-health concerns, including stress and anxiety.

Like a growing number of North American women, Vivianne exhibits symptoms of “smiling depression.” This is not an official diagnosis; rather, it’s shorthand used in the mental-health community to describe cases in which people hide symptoms of mild to severe depression behind a happy exterior (or on their social-media account, as is increasingly the case). These high-functioning people defy our “gloomy, depressed person” stereotypes like SNL’s eternally pessimistic Debbie Downer or Winnie the Pooh’s pal Eeyore. Instead, they are often ambitious, goal-oriented poster people for living your best life: the woman in your spin class who has a family out of a J.Crew catalogue and is currently learning Italian in advance of her trip to Tuscany (but not getting any pleasure out of the things she used to enjoy); your newly promoted colleague who packs a Pinterest-worthy lunch every day and holds court in the office cafeteria (but can’t move off the couch when she gets home).

READ MORE: Is the idea of a soulmate overrated?

It may seem counterintuitive, but the same qualities that make these superwomen (and supermen) so efficient also make them more susceptible to depression. “Typically, their high standards and uncompromising attitude mean that they are more inclined to feel inadequate and never satisfied,” says Dr. Rita Labeaune, a Beverly Hills-based psychologist who has been studying smiling depression for the past six years. It’s often a self-perpetuating cycle, she explains: The more a person with smiling depression fails to make the (self-imposed) grade, the more effort they put into faking happiness. And it can be dangerous, since this sort of disguised illness often h goes undetected by family and friends who might otherwise offer support. “The absolute hardest thing for people with smiling depression is to admit that they need help, that they’re not perfect,” says Labeaune. They worry they may appear entitled or be reluctant to show weakness—because who wants to listen to the complaints of someone who (seemingly) has it all? And sometimes they might not even realize they need help. “They might think ‘Me? I’m not depressed; my life is great,’ but then they hear [the term] ‘smiling depression’ and start to see themselves in the behaviour,” she adds.

Left untreated, smiling depression (like all depression) can cause physical side effects, like headaches, digestion issues, weight gain or loss and insomnia. And in spite of its seemingly innocuous name, it can be life-threatening. “It’s not just smiling depression—it [can be] smiling suicidal tendencies,” says Dr. Gordon Flett, professor of psychology at Toronto’s York University and co-author of Perfectionism, a book that looks at how perfectionism develops and how to treat it. “When these things are left bottled up, it can really eat away at you.”

There haven’t been any official studies on the rates of smiling depression, though women as a group suffer from anxiety and depression at greater rates than men do (as evidenced in a recent report from research company Ipsos). And many of us are keeping our troubles on the DL. Earlier this year, Women’s Health and the American National Alliance on Mental Illness surveyed over 2,000 women living with depression or anxiety, and 89 percent of them said they hide their sadness and inner turmoil at work or even when hanging out with friends.

For women in particular, the last couple of generations have brought independence and liberation, but with all that opportunity comes a certain amount of pressure. “We used to talk about success in terms of surviving; now we talk about thriving, flourishing and fulfilling our ultimate potential,” says Flett. Our culture of comparison, he adds, is doing a number on our sense of self-worth (low self-worth is linked to depression), and, of course, nowhere is this more evident than on social media, with its endless loop of sunsets and perfect relationships. Steph, another publicist in Toronto, who is also a mom, decided to get off Instagram after she found herself trying to stage- direct picture-perfect moments with her husband and son. “My kid looked like a Disney character, my husband is a handsome younger man…. ‘Look at us vacationing in the Dominican at a five-star resort!’” she says. “But I wasn’t feeling good about myself.” Steph battled depression 10 years ago, but when those old feelings of inadequacy started to bubble up again, she knew it was time to make a change.

When it comes to smiling depression, social media (Instagram in particular) is both the free-range chicken and the organically farmed egg. Studies have shown that constant exposure to the seemingly ideal lives of our peers can fuel, or even spark, feelings of inadequacy. “I always remind people that the perfect person they are comparing themselves to doesn’t actually exist,” says Flett. And in reality (there’s that pesky word again), the person hiding behind the Gwyneth Paltrow pretense is likely more in need of your empathy than your envy. In his study of university-age students, Flett found a correlation between respondents’ spending a lot of time fronting on social media and their engaging in an internal depressogenic dialogue—that is, beating themselves up but not wanting anyone else to see.

Of course, almost everyone on social media is guilty of at least a nominal amount of life filtration (when’s the last time you posted a laundry selfie?), but if the gap between your Insta and IRL feels like the before-and-after of a makeover TV show, it could be a sign that it’s time to make some changes. For Vivianne, the decision to step away from her cellphone has been an import-ant part of managing her mindset. She still goes on Instagram occasionally, but she realizes that there is nothing to be gained from projecting emotions that aren’t real. Now, when she takes the subway, she passes the time with a book of crossword puzzles instead of scrolling through her phone. She also practises meditation (“the exact opposite of Instagram”) and reminds herself to appreciate the things that really make her happy. “It sounds cheesy, but when I’m in the park, I’ll look up at these beautiful fluffy clouds—it’s just amazing,” she says. No filter required.

The first step in managing these feelings is to reach out to someone—whether it’s a family member, a friend or a colleague. Psychologist Dr. Rita Labeaune says that this single act of vulnerability can be life-changing. More severe cases can seek professional help from a psycho-therapist, who may or may not suggest medication as a part of treatment.