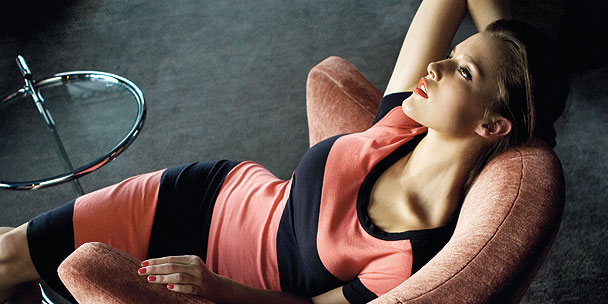 Last year, during the deep freeze of the global recession, Dr. David Lewis, a British neurologist, got a glimpse into how our brains react when we want the things we don’t actually need. He chose 36 men and women, all professionals with fairly cushy incomes, and wired them up to eye-response technology and quantitative electroencephalography. He showed them images of luxury goods, among them Cartier jewellery, Gucci handbags, Jimmy Choo shoes, Harley-Davidson bikes and Mercedes-Benz cars.

At first, glorious dopamine zapped through their neural pathways, but there was also something troubling that Lewis hadn’t seen in similar tests conducted before this recession: stress. Pleasure-filled at first, the measured physiological responses indicated negative emotions in both the insular cortex (where we process emotions) and the prefrontal cortex (where we weigh the good and the bad and separate right from wrong). The subjects linked a kind of shame and revulsion to the extravagance. “They are conflicted [about the product],” explains Lewis, “and there is less motivation to buy it.” In other words, they felt guilty.

It’s a good guilt—in a way. Lewis, along with other scientists who study neural circuitry and emotional responses, says that the self-punishing reaction is as much about a moral objection (“Wanting these shoes is gross”) as it is about the fear that buying them will lead to personal ruin. In another sense, the guilt is illogical: Consuming high-end stuff, if you can afford it—which these people could—wouldn’t make the recession worse. Quite the contrary, actually. And was their desire for luxury enough reason to feel revolted?

But that’s exactly the complexity of guilt—the kind we confront every day in the most mundane scenarios. Guilt makes us hide shopping bags from our partners when it’s our income that’s being spent. We load shame and inadequacy into everything from chocolate cupcakes to our sexuality (one study by Canadian and Dutch researchers, published in the Archives of Sexual Behavior in January, suggests that women have lower sex drives because of the guilt we feel when aroused).

There’s the guilty conscience of lying to your mother, cheating on your spouse or behaving criminally—this healthy guilt separates us from sociopaths. But then there’s
an insidious sort that lies and manipulates on its own accord: It suggests that feeling rotten leads to moral virtue.

Learn more about the guilt generation on the next page…

Perhaps nobody feels this more profoundly than women in their 30s and 40s, the guilt generation of working moms. The themes we express are all too familiar. There’s the guilt of disappointing others. (“I have hours of hand-wringing after I say ‘no’ to someone,” reported one of many women I polled about their feelings of guilt.) Then there’s leaving the office at 4:59 p.m. sharp for a daycare pickup. (“Every afternoon, I feel that mounting stress about it. Will anyone see me leave? Will they say I’m not a team player? It’s exhausting.”) On the flip side of thinking that you don’t spend enough time working, there’s a geyser of remorse that involves not spending every waking minute with family. One woman even makes a weekly date with her mother-in-law out of a sense of guilt-fuelled obligation. “Not that I have anything in common with her,” she says. “In fact, she has treated me very poorly in the past.”

Sometimes the guilt is insanely comical: The other day I obsessed over the fact that I didn’t get out of the car in a store parking lot to talk to a friend who was passing by. (I just rolled the window down and said “Hi.”)
“I think I was rude,” I told my husband when I got home.
“Forget about it,” he said.
“But that was really rude.” And five minutes later, “I’m gonna call her and apologize. Should I call her?”
“Just forget about it!” he said and threw up his hands.

Guilt, for women, mounts alongside our to-do lists. Consider my friend Kate Robson, an online media consultant, a mother of two girls and an active volunteer. However unproductive it may be, she says, “guilt motivates me to get things done in ways that no other, positive emotion can match. Of course, many of those are things that I should have said no to in the first place.”

Another friend, Melanie Morassutti, an editor and the mother of a toddler, puts it this way: “My pathology isn’t guilt; it’s overextension. I do way more than my share and overextend constantly, but my mouth often blurts out half-lies like ‘I’d love to do it!’ while a little voice in my head says ‘Oh, no, don’t take it on.’ The more I riddle the overextension business, I can see that it’s fuelled by a great and highly organized desire to cut guilt off at the pass. I do too much so I don’t have to feel guilty about not doing enough, but the end result is still a state of imbalance.”

Childhood and guilt on the next page…

The pleasure principle: Kama Aerobics
Date night: Hot new dating trends
Like mother, like daughter: Our idol and our mentor

For Stephanie Hodnett, an e-learning professional in the finance sector and the mother of three kids under four, it’s about digging out from the it’s-my-fault pit. “I read that guilt is anger directed inward—that women are socialized to believe that directing anger outward is bad so they turn it on themselves. That resonates for me,” she says. “Like with the work-or-stay-at-home dichotomy: Instead of feeling guilty for having the choice to work outside the home or stay home with the kids, a healthier approach would be to feel anger at the way the system is set up and use that anger to work for change.”

Meanwhile, our culture has fed us the line that guilt is productive. In her book Raising the Perfect Child Through Guilt and Manipulation (it’s meant to be funny), author and comedian Elizabeth Beckwith writes about “how to scare the crap out of your child (in a positive way).” She notes that her parents raised four “well-educated, well-adjusted, kind-hearted kids” but didn’t believe in firm discipline. “When I did do something bad, the only thing I remember was being filled with so much shame and guilt that any further punishment would have been child abuse.”

Sure, it’s better to grow up being introspective about your mistakes. A long-term study by researchers at the University of Iowa shows that toddlers who react with remorse and guilt to doing something even minorly “wrong” (like breaking a toy) go on to have fewer behavioural and adjustment problems. But overestimating guilt as a parenting tool, especially when girls are involved, can be like setting puppies loose in a cactus patch.

In case you’re thinking that we’re all awash in guilt, consider the argument that guilt may actually be evaporating along with common civility. Researchers at the University of Michigan found that college kids today have 40 percent less empathy than their counterparts of 20 or 30 years ago. It’s yet more evidence of the rise of narcissism, and it points the finger of blame at the me generation. (Or are their parents the true culprits for mollycoddling their kids?) We hear a lot of “I refuse to feel guilty for…” statements today, not just from twentysomethings but from overstretched professionals justifying everything from illegal downloading to taking two parking spots to blaring a vuvuzela in someone’s ear.

Where does a woman’s guilt come from? Find out on the next page…

With women, though, the link between narcissism and guilt is more complicated. “I feel guilty all the time, but I think it’s because of my narcissism,” jokes Stephanie. “The reality, however, is that I don’t matter to others as much as I think I do.” Many years ago, I worked with an editor who made quick decisions about staffing that were seen as heartless. As a fellow manager, I would defend him, but I would also try to please both sides, shouldering some of the guilt that he didn’t evidently demonstrate. I told everyone that these decisions came from “a good place” (how I actually despise that passive-aggressive phrase!) and then overstated the reasons for why change is great, when really change just bites. Trying to boost egos that I felt needed to be boosted was draining.

Looking at where women’s guilt comes from, I can now say that it’s partly from an evil hell pit and partly— sincerely—from a good place. Earlier this year, the Spanish Journal of Psychology confirmed that our good place is our empathy and, because women are compassionate, either by nature or from socializing forces, we feel guilt all the time. (The bad news is that it can be “anxious-aggressive” guilt, which is not particularly healthy.) Meanwhile, the scientists behind the Spanish study said that men tend to be too detached, requiring a need for more “interpersonal sensitivity.”

“I think it’s one of the top points of contention between the sexes,” says Melanie. “We sacrifice our own time to the point of unhappiness and fault men for being ‘selfish’ when they don’t do the same.” This age-old divide in sexual politics leads to more bickering than we have time or energy to manage.

And the issue for all of us, always, is time: All the women I know acknowledge what a huge waste it is to obsess about guilt and be swallowed up by its commitments and to think they should be doing more to cure the world’s ills. A high-powered colleague once told me that the only way to get your head around it is “to be ruthless about dropping balls.” Don’t apologize and don’t sweat it out. Nobody has the time. Ignore one-third of your emails (the senders will cope), don’t return all your voicemails and, by all means, seal yourself off from anyone who wants a piece of you for at least an hour a day. I’ll get right on that—as soon as I make a lemon loaf for everyone I may have, somehow or other, offended.

Read more:
Single ladies: Is it socially unacceptable to be single?
Online elite: How to be a virtual A-lister
I heart you: Online dating and infidelity