Ex obsession: Are you hung up on his ex?

The telltale signs you might not be over your partner’s previous relationship. 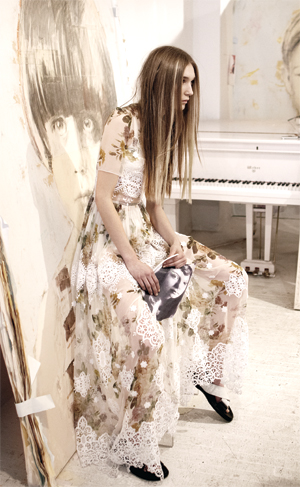 Kara* was emptying a shelf she wanted to paint when she found her live-in partner’s framed wedding photo. “Why did he bring the photo to his new house?” she asked herself. “Was he thinking they would get back together?” The 28-year-old master’s student married to an older divorcee didn’t need the trigger to feel anxious about her partner’s ex.

Kara worries her partner’s and his ex’s relationship long ago fizzled love will re-spark. More often, however, her anxiety stems from the fact that he once lived with this woman and went to Paris with her, too, and just like their relationship had ended, so could hers. “I wonder if there was a quality that she had that I also have that could lead to the same problem,” she says. Kara knows her fears are irrational. “He shows me so much love and support,” she says.

But Laura Elliot, a relationship expert in Toronto, isn’t surprised by Kara’s feelings. “Anything that can be taken as a threat to your most important, intimate relationship is going to cause an adverse emotional reaction,” she says. In fact, Elliott maintains it’s “completely normal” to get your back up about this mysterious other woman who got along with your partner’s family and wrapped her arms around him in pictures. But it’s certainly not great for your self-esteem — or sanity, for that matter. Our relationship experts break down the top three reasons women obsess over their partners’ romantic pasts and offer advice on how to get over it.

You worry you’re not good enough

Usually, jealousy directed at a partner’s ex stems from vulnerability. In the short run, women may feel more in control when they let their insecurity manifest into a jealous or even angry obsession with another woman. But that’s only going to confuse your guy and lead to unnecessary relationship struggles. Rather than approaching their partners with accusations like “How could you even date this person?” Elliot recommends women feeling insecure in their relationship approach their partners with vulnerability. “When we go to someone with anger, we push them away,” explains Elliot, “But if we come from a softer place and we’re showing vulnerability, there are ‘mirror neurons’ in the brain and he’s going to feel upset and want to make us feel more secure.”

When it comes down it, we all need someone who is “responsive, accessible and emotionally engaged with us,” Elliot notes. So stop Googling her and let him know what he can do to prove to you that “you’re number one in his world” – whether it’s turning off the TV for an hour each night or leaving his friends to be with you when you’ve had a bad day at work.

More signs you’re not over his ex, plus cues he’s not over her on the next page…

You want to know what went wrong

“It makes sense to want to know how your partner behaves in relationships,” says Marlise Meilan, a Vancouver-based couple’s counselor. When we fall in love, we put our hearts at risk, so as a defence mechanism, we feel compelled to investigate what ended his past relationship so we can prevent similar hazardous event before it occurs. In this case, Meilan recommends that both partners have a conversation about the similarities and differences between their current and past relationships, focusing on “what’s going right” in the current relationship, avoiding comparing people and instead talking about what happened in the relationships. “This could look like: ‘I noticed that in my previous relationship, my partner did much of the speaking during our meals together, but that I now assert my interests and feelings more,’” Meilan explains. Such an honest conversation can remind you why your relationship is not the same – nor leading to the same fate – as a previous one.

You’re anxious they’ll get back together

Whether it’s because the break up didn’t seem final or when he talks about the relationship, he still seems to have love regrets, sometimes our anxieties about exes are legitimate, not simply manifestations of other problems in our own relationships. If you think he’s still into her (see 4 signs he’s not over his ex), then it’s best to confront the issue directly, says Elliot. “You can only convince yourself with something for so long,” says Elliot. “If it seems his heart is somewhere else, ask him.” If your relationship is one with “open, kind communication,” Elliot suggests simply raising your concerns. But if it’s likely that he’ll skirt the question or withdraw or “cause a little war,” it may be best to have that conversation in the presence of a relationship expert who can facilitate an honest, productive dialogue. If he does confess to still having strong feelings? Elliot suggests moving on. “We deserve to be with people who are crazy about us,” she says.

4 signs he’s not over his ex

1. He interrupts his time with you to talk to her. Does he take a call from her while you’re having dinner with him? Does he miss a meeting with you because he’s out for coffee with her? These are signs she’s still his first priority, says Meilan.

2. He mentions her frequently. It may be normal for the ex’s name to come up now and again, especially if the relationship was long and ended recently. But if her name seems to be popping up several times in a day, alarm bells should be going off.

3. She remains his emotional go-to person. If he calls her when he’s upset, especially before he contacts you, it’s likely he’s still invested in the relationship.

4. You sense it. “I always tell my clients to listen to their gut,” says Elliot. If you think he still seems hung up on her, chances are, he is.

*Name has been changed