Rivka Galchen on the first time she placed an IV line. 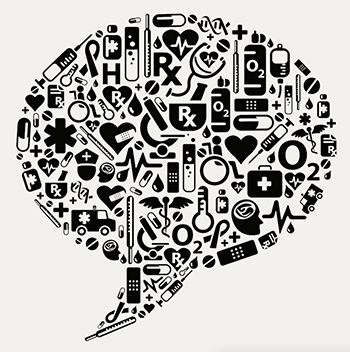 I was three years into medical school, an education it seemed increasingly clear I should not be pursuing; lacking rebellion, I was doing it for no other reason than to please my mom. What I liked about working in the hospital was wearing scrubs, ordering Thai takeout and talking to patients about everything except what was medically wrong with them. What I didn’t like about working in the hospital was anything that cut, bypassed, inserted, intubated, measured, beeped, stung or involved the donning of rubber gloves. What I didn’t like, one might say, was any medical procedure at all.

The time had come, though, to acquire some technical skills, rather than just memorize the ways of nitrogen. Each medical student had a little notebook filled with skill cards – place a catheter, draw blood supervised, draw blood unsupervised, set up an IV line – and the cards had to be signed by an attending physician after whatever deed had been adequately performed. Each “core competency” (as they were called) needed to be done to satisfaction three times. Most of my classmates had eagerly progressed through the notebook within the first few weeks of the term. I had worked hard at not accomplishing them.

But that month I needed to cure myself of my aversions and catch up. I was spending my days in the low-key emergency room of a hospital run by nuns in an old-school gay neighbourhood of Manhattan. This particular ER was not a trauma centre: car accidents, gunshots and other calamities were sent to different facilities. I was assured that, amid the chest pains and asthmatics and walking flus, I would have daily opportunities to learn my skills. A calm ER was an ideal practice ground for competencies; supposedly it would all be much easier than biochemistry, if I would just try.

MUST READ: ELLE First: What makes a woman beautiful

The patient presented complaining of a terrible headache – maybe the worst headache of his life. “Worst headache of your life” is a phrase that sets off alarms. No matter if your blood pressure is normal, if your pupils look fine, if your skin colour is healthy, all vital signs stable – if you say the words “worst headache,” you will almost certainly get an extensive workup.

This guy looked as healthy as a horse and maybe as sad as one too – at least one who had overheard his master mention the glue factory. “Do you guys need to call my boyfriend and let him know that I’m here? You can call from my phone,” he said, easily pulling a cellphone from his back pocket. “I mean, I guess he’s not my boyfriend anymore,” he went on. “We broke up recently, but I think he’ll want to know I’m here. You better tell him I’m here. Don’t you have a policy about contacting someone?” We took the history and performed the initial physical exam.

“This will be your first unsupervised IV-line placement,” said the attending physician, after we had retreated to the desk to discuss the case. “He’s so healthy, his veins will be easier to find than tires on a truck.” This physician was a nice guy, and casual; we had passed a quiet afternoon sharing favourite collective nouns (a murder of ravens, an intrusion of cockroaches) and doing the crossword puzzle. He wanted to boost my confidence.

I had assisted at what seemed to me to be 11,000 IV-line placements at this point. But I was generally not good with other people’s bodies and especially bad with their fluids. When I listened to heart and lungs, I apologized. Just the sight of those tidy little kidney-shaped emesis trays made me retch. During a C-section to deliver triplets, when that third baby was lifted out, blue with pre-birth and covered with amniotic fluid, I very nearly fainted and was so embarrassed that I made up a lame excuse about my period, which I wasn’t even having.

Some of these difficulties were probably related to a genuine and extreme queasiness I’ve had my whole life; my brother used to pay me to take a bite of clam chowder because the texture made me sick. But surely some of it was my body’s not-so-subtle and somewhat hysterical language – hysteria in the original sense, in which emotions are turned into physical symptoms – telling me “I don’t want to be here.” Some of it, one might say, was the equivalent of showing up in an ER, as healthy as a horse and heart broken by a boyfriend, complaining earnestly if effortlessly about the worst headache of my life.

Talking to patients in the ER, advising them of what their next five minutes or next hour is going to be like, is a bit – when you get good at it – like not talking at all. Your mouth moves, the words are pre-chosen for their reassurance and accuracy and they just come out of you. “You’ll feel something cool, and then something sharp, and it’ll hurt for just a moment, and then it’ll be over.” So I’m not sure what I was saying, but this communicative non-talk was certainly coming out of me and this poor man was being subjected to the needle and the banter.

The confidence of my language couldn’t have been less in harmony with my procedural ineptitude and, frankly, terror. I placed the tourniquet, I palpated a vein, I wiped the area with an alcohol swab, I cursed my mother’s ambition to have a daughter who was a doctor, I re-swabbed the area for no reason, I thought about placing the needle, I re-palpated the vein, I thought some more, I tried to recall the plastic practice arms so as to dehumanize the actual arm in front of me and then, dreading having to dig around with the needle if I missed the vein, I placed the needle on my first try. There was flashback! The sight of that flashback – blood backing up into the tubing – didn’t freak me out! But then my hands began to shake and there was more to do. I cursed my lack of courage both in life and at this moment, I pressed the –

And suddenly I didn’t know what I was doing. Blood was spurting out at me and the patient as if I’d hit a pressured artery. The supremely white knit hospital blanket looked like a crime scene. Finally, the rubber flap of the tourniquet reminded me of itself. I hadn’t released the tourniquet. That was making the blood pump out everywhere. I tried to apply pressure with one hand and release the tourniquet with the other but it seemed I had been born with two left hands, neither of which appeared to have an opposable thumb.

The patient looked at me. That sad man, so sad that he had turned up at an ER just to find a setting that seemed commensurate with his internal state, because inside of him alarms were sounding and blood was spurting and people were even dying. “This is how I am,” he wanted to say to that boyfriend, whom I, of course, never called, because, no, that’s not the way it works. That sad man, clearly at a crisis moment in his life, with little emotional reserve, he looked at me as I stood there, failing him, botching this one little indignity of miscommunication – we all knew headache meant heartache, but we all had to pretend that headache meant headache– and he said to me, across the minor festival of his own blood: “Are you doing okay? Can I help you?”

Maybe that’s when I knew that medicine was not the field for me. If the patients had to take care of me, this wasn’t going to work.

The patient received fluids and, eventually, Tylenol. He was discharged with instruction to come right back if symptoms returned. We never saw him again.

Rivka Galchen is the author of Atmospheric Disturbances.