ELLE First: Running away to Hollywood

Heather O'Neill on the first time she ran away from home. 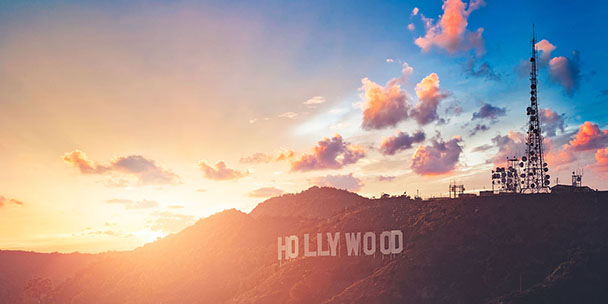 When I was seven years old, my mother decided that she wanted to go back to school and start her life over. She put me and my sisters on a plane and sent us to live with our dad in Montreal. We shared a tiny, shabby apartment in the city. He was prone to violent outbursts. When I was 15, his rages were so frequent, I couldn’t stay home for any extended length of time. I’d hang out on street corners until 11 at night and tiptoe in after he drifted off to sleep. My life was miserable.

I began concocting a plan to run away to Hollywood. I was a romantic dreamer, so Hollywood seemed like the perfect mythical spot for me. Just as salmon find themselves heading to the same place upstream, unhappy teen­agers are pulled by a current to Los Angeles. Not only did movie stars live there but children with names like Lolo and Turkish Delight populated the streets.

California seemed like a foolproof plan for happiness. When home is a violent place, nothing in the outside world seems threatening. Because you aren’t worried about leaving the security of your home, you have nothing to lose by running away.

While hatching my plan on the streets of Montreal, I befriended other unhappy kids. They hung around like alley cats and never wanted to go home. We were all so lonely and desperate that we clung to one another. I’d taken a lifeguard class once and the first rule I learned was this: Never make physical contact with a drowning man because he’ll clutch you and drag you down with him. I didn’t heed this warning.

One night, I met another 15-year-old girl. Aashna was a tiny East Indian with enormous eyes and long black hair. Her mother had jumped in front of a subway train three months earlier. It was the first thing she told me. In fact, she’d mention it every half hour.

The shock of her mother’s death had driven Aashna mad in the way that Shakespearean girls go mad. She rambled nonsens­ically and poetically: “If you could only have one, which would you choose – the stars or ketchup chips?” She walked around barefoot with flowers in her hair. She went up to an old lady, hugged her and said sweetly that the woman was the spitting image of James Cagney.

One day, at a festival in the park, she fell in with a crowd of hippies. They were tall and good-looking and trailed after the Grateful Dead, even though it was 1989. Aashna gave them the money she’d inherited from her mother so they could buy a school bus and drive to the peace-and-love Rainbow Festival in Vermont.

Around that time, I met a 21-year-old man named Daniel at a house party by the train tracks. He had a huge dog, Mushroom, that followed him everywhere. He drove a Camaro. He wore mirrored sunglasses and jeans without a belt that he was always pulling up. He looked like the kind of guy that Charles Manson would call on to do his dirty work.

Daniel and I started sleeping together. Although I liked Daniel, I certainly wasn’t in love, but I knew that he could get me to Los Angeles. None of the other boys I knew could do more than double-ride me on their bikes to the local skating rink.

When I told Daniel about my California dreaming, he agreed to take me there. He wanted to buy LSD and bring it back to Canada to sell. He cautioned against crossing the border together: Since he was over 18, he might get arrested and charged with corrupting a minor or, worse, kidnapping. Daniel sent me on the bus with Aashna and the hippies and said we’d meet up at the Rainbow Festival.

MUST-READ: ELLE First: The one that got away

The hippies were leaving late at night because they figured that the easiest time to cross the border was after midnight. We all stood in the parking lot of a busy Chinese restaurant, holding hands and praying for a safe journey. When I closed my eyes, I heard the screeching of passing cars, drivers yelling curses at one another and thuds from a nearby basketball court—all bad omens. I was scared.

“You remind me of a buttercup, Heather,” Aashna said, clasping my hand. “If I had been your mother, I would’ve named you Buttercup.” She was happy when she said this, but then she suddenly turned sad, realizing that she had used the word “mother.” She looked around alarmed, not quite remembering how she’d come to be there.

The hippies had drawn on the school bus just as children draw on refrigerator boxes to transform them into rocket ships. Like children, the hippies expected their new vehicle to whisk them off to another reality, light years away from their daily lives.

I was wearing jeans and an Indian shirt. I hadn’t packed a bag or a change of clothes; I’d just crawled out my bedroom window after curfew with $20 shoved into my pocket.

I sat behind the driver, who wore a tattered pinstriped jacket over a T-shirt sporting a poodle decal. He told me how he had started selling cocaine. He had sold a load that he’d been fronted but then spent the money taking his girlfriend to Old Orchard Beach. They rode the roller coaster 57 times and ate their first lobster. His girlfriend had gotten pregnant, but when she disappeared on him, he went back to Montreal. One day, the drug boss dragged him into a limousine and threatened to beat his skull in with a wrench. His story went on and on. He said that if he stopped talking, he’d fall asleep and crash the bus.

As we travelled through the Adirondacks, the mountains seemed to roll like waves. The bus was a ship sailing up and down on the water. I had never stayed up until dawn. In my haze of exhaustion, I saw the flowers h weeping with their heads in their hands and the animals regretting their one-night stands.

In the morning, we arrived at the campsite, where hundreds of hippies were congregating for a week. I roughed it in the woods for two nights, waiting for Daniel. Someone gave me a frayed sleeping bag printed with maple leaves. I had never been camping before. I was cold and uncomfortable and hated the wild. I wanted to be back in the city, where I could eat Chinese food from a Styrofoam container while lazing on the chairs outside the laundromat. I knew that when Daniel got here, he’d hate the wild too and we would hit the road.

Over those two days, the hippies kept complaining to me about Aashna. Her conversations were getting stran­ger. She’d walk around naked, except for a shawl and leather boots. She’d sit on a rock, blowing kisses to no one in particular, as if she were hand­ing out flyers on the street corner.

You might think that Aashna would be in her element at a peace-and-love festival. But she made the whole love-thy-neighbour trip seem hollow and frightening. It was painfully obvious that this sort of love was a sad substitute for the kind that a kid like her needed. She needed a mother to tuck her in and say mundane things about chores and homework projects, not pseudo-revolution­aries spouting counter­cultural platitudes about loving your fellow man.

I was too consumed with my own troubles to worry about Aashna. Finally Daniel turned up, marching through the trees and swatting wildly at mosquitoes. “Let’s find a motel” was the first thing he said. I liked that idea. I imagined a little motel on the highway with paintings of forests and deer on the wall. Daniel and I could drink whisky out of tumblers like businessmen. We would kiss and fall dizzyingly in love.

We climbed down the mountain path to the parking lot. We got into Daniel’s Camaro and were about to drive away when a state trooper stuck his head in the car window.
“Heather?” he said.

The police station had a plywood interior and posters for missing dogs taped to the walls. Daniel showed up and asked to see me. He looked attractive leaning against the bars of a jail cell, like a handsome lawbreaker. He wasn’t the outlaw, though; I was. My dad had reported me to the police.

Sitting in the station for six hours changed me. It ended my dreams of Hollywood. Living on the street wasn’t for me. I’d escape my life, but I’d do it differently. It wasn’t a phys­ical destination that I would head for; it was an inner voyage that I’d take. I’d finish school and go to university. I’d climb up the social ladder, not slide down the snake of self-destruction.

The state trooper took me to a foster home to spend the night. Girls crowded by the front door for a peek at me. When I stepped out of the car, they looked at me as if I were the epitome of cool and wild. They liked my shirt, my jeans, my boots, my cigarettes. I symbolized something I’d never been before: a girl who had tried to emancipate herself from her difficult childhood. To them, I was Jesse James.

The hippies drove Aashna back to Montreal. Even in their charade of weirdness, they could see that she wasn’t well. She was taken to the Children’s Hospital and put in the psychiatric wing. I saw her years later, standing on the street corner, still looking for the direction home.

Heather O’Neill is the author of Lullabies for Little Criminals.