Addicted to love: The science behind falling in love

New research aims to debunk the dizzying euphoria of falling in love. 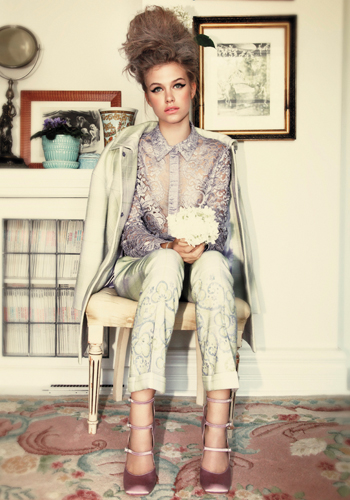 Sweaty Palms. Racing heart. Flushed cheeks. These are all typical signs that you may be in love or at the very least, lust. For centuries, everyone from the classic romantic poets to Shakespeare to Michael Bolton have tried to explain the magical, often insanity inducing experience of falling in love. However, recently researchers have been turning to science to explain the dizzying euphoria of love. New publications such as Liz Langley’s book Crazy Little Thing: Why Love and Sex Drive Us Mad explain that the reason we’re “crazy in love” is because of uncontrollable reactions that occur between hormones, brain chemicals and neurotransmitters.

A crazy little thing called lust:
The term “crazy in love” is perfectly fitting because when we are in the process of falling in love, we are in fact at the mercy of our own body chemistry. Well known researcher, Helen Fisher of Rutgers University in New Jersey has proposed that humans fall in love in three stages: lust, attraction and attachment. During these three stages of falling in love, different hormonal changes and chemical reactions are involved, some of which actually mimic mental illness and the effects of illicit drug use.

Fisher identifies the first stage of falling in love as “Lust.” The initial stage of Lust is primarily fueled by the two sex hormones, testosterone and estrogen. These hormones are the visceral impetus that causes us to go out “on the prowl” looking for a mate in the first place. Testosterone is not just confined to men and has been shown to play a large part in women’s sex drive. Testosterone is known to naturally encourage aggression and risk-taking. Therefore, when it’s produced in our bodies, it gives us the natural confidence boost to flirt with a potential mate. Meanwhile, the release of estrogen sends a message to your ovaries that the person you’re flirting with is attractive.

The second phase of falling in love, attraction, is on the next page…

A drug called attraction:
If you are experiencing extreme feelings of euphoria and are blissfully foregoing sleep and food in exchange for spending time with or thinking about the other person, there is a very good chance that you are in the midst of the “Attraction” stage of falling in love. During the Attraction phase you are completely love stuck because the hormones that are being released by your nervous render you “too in love to function”.

This stage of love sends your nervous system into overdrive. When you are attracted to someone your body releases Norepinephrine, otherwise known as adrenaline, which causes your heart to race faster and your body to sweat.

While you are worked into a physical frenzy, your nervous system also releases generous helpings of Dopamine – the “happy chemical” that triggers an intense rush of pleasure similar to what is released during the use of cocaine or nicotine. Fisher says that couples who are in love “often show the signs of surging dopamine: increased energy, less need for sleep or food, focused attention and exquisite delight in smallest details of this novel relationship” . Dopamine triggers a “desire and reward” response. When our bodies experience the pleasurable feeling of Dopamine, we will then go to great lengths to seek out more, leaving people literally “addicted to love.”

Lastly, during the Attraction phase your body releases serotonin, the love chemical that is thought to be responsible for driving us temporarily insane. If you can’t stop thinking about your lover, there is a chance that low serotonin levels are to blame. In 1990, Italian psychiatrist Dr. Donatella Marazziti produced a study that showed couples who were madly in love had similarly low serotonin levels to patients who suffered from Obsessive Compulsive Disorder (OCD).

We explain the "Cuddle Hormone" on the next page…

Attachment and the “Cuddle Hormone”:
If everyone who ever fell in love remained in the Attraction phase, nothing would ever get done. Therefore, it makes sense that all long lasting relationships eventually transition into the attachment phase. This is where certain hormones play a part in forming the bond that keeps couples together.

The two main hormones at play here are oxytocin and vasopressin, both of which are released during sex. Oxytocin, otherwise known as the “cuddle hormone” is said to be released when a woman orgasms and been linked with increasing pair bonding between couples.

If you need the perfect excuse to stay in bed all day with your lover, the great news about oxytocin is that research has shown that the more sex a couple has and the more of the chemical is released, the deeper their bond grows.

What about your experience of falling in love? Do you identify with these three stages?

Read more:
Are you competitive with your sex life?
Is social media destroying your relationship?
10 ways to become a sexting pro