The bad, the argumentative...and the only. 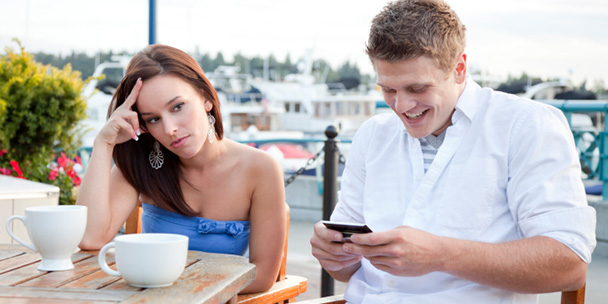 We asked ELLE Canada staffers to share their best tales from the trenches of dating world (and more often than not, by “best” we really mean worst…although read to the end for a first date that will restore your faith in love).

Ciara Rickard, production editor: “My Tinder date arrived drunk…and then got into a fight with another woman at the bar.”

When “Nick,” who I’d met on Tinder, arrived, he was 25 minutes late…to a bar on his own street. He was less attractive in person than in his pix and also slightly drunk as he’d spent the afternoon in the dog park (with his dog) drinking a six-pack. Throughout the date, he kept making a lot of cheeky comments, trying to be funny, like saying loudly that I should not be drinking while pregnant (which I was not, of course). I was trying to be good-natured, but my plan was to finish my drink and make my exit. After a while, I became aware of the girls at the next table; they were staring at us—one in particular was gaping, jaw dropped. She said to me, incredu­lously, “Are you OKAY? I cannot believe the way he is talking to you!” I told her I was fine, but my date proceeded to argue loudly with her. It escalated. He was rude. She defended me. Her friends looked on sympathetically. Eventually, he turned to me and said, “You’re never going to go out with me again, are you?” Correct! I gathered my things, and we left the bar. Thankfully, the universe delivered a streetcar at just that moment. I jumped on, went straight home and watched The Good Wife. LESSON LEARNED I no longer feel compelled to stay for two drinks to avoid hurting someone’s feelings on a first date. If my instincts tell me it’s a waste of time, I listen to them!

One night, I was aimlessly browsing Craigslist when an ad piqued my interest: “Metric Concert – m4w – 25 (Toronto-ish)” posted by a fellow fan who had no one to go with. The caveat? In order to see if I was “fun enough” to take to the concert, we had to get together a few days before the show on neutral, public ground. We decided to meet at the animatronic hippo in front of the Rainforest Café in Toronto’s Yorkdale Mall. But when I arrived, I saw no such hippo. Half an hour later, my date was still a no-show, so I went up to the hostess to ask if there was another semi-aquatic mammal somewhere in the restaurant. There was not. Then I heard “Excuse me, is there a hippo around here?” I turned and gave my dirtiest look to my tardy, shorter-than-advertised guy. As if on cue, the café’s signature thunderstorm of rainforesty sound effects came on as we awkwardly shook hands. The ensuing date played out worse than an under-rehearsed opening band. I was too outraged by his sexist comments about the waitresses’ uniforms and too proud to let him pay. And I did not get that concert ticket. LESSON LEARNED There are far better online dating options than Craigslist out there now. But my blind-date jungle adventure did teach me something: I’m not as cynical and defeatist as I’d like to think. I’m capable of risking my dignity, my sanity and even my personal safety. Why? The answer can be found in a lyric from one of my favourite Metric songs: “Every­body just wanna fall in love.”

Aliyah Shamsher, features editor: “I’m 30, and I’ve only been on one date…and it was in high school.”

My very first—and last—date was with my now partner, Graydon Craig, when we were both 18. Now that we’re 30, we laugh about the fact that we never went on more “real dates.” (When you’re 18, you only need to go on one date before your friends officially call you a couple.)Embarrassed by our lack of dating history, we never used to tell people our one-date tale—until we heard my grandparents tell the story of how they met. Both are from a very small beach town in northern Portugal. The way they tell it, my grandfather had heard about my grandmother from a friend. When he finally spotted her at a festival dance, he knew right away that she was the woman he was going to marry. He walked over and asked her to dance. She had also heard about him, so she accepted. While they danced, my grandfather said, “I want to marry you, and if you don’t say yes right now I’ll leave you on the dance floor.” Both my grandparents start laughing when they tell this part of the story. (My grandfather is way more sweet than threatening.) She said yes (she claims it’s because she didn’t want to be left on the dance floor, but we suspect otherwise), and the next day they told their friends and family that they were engaged. They went on to spend the next 58 years together, blissfully in love. LESSON LEARNED My grandparents’ story always reminds Grady and me that sometimes you only need one date—or dance—to know.”