We go inside the wardrobe of the Netflix hit rom-com with costume designer Rafaella Rabinovich. 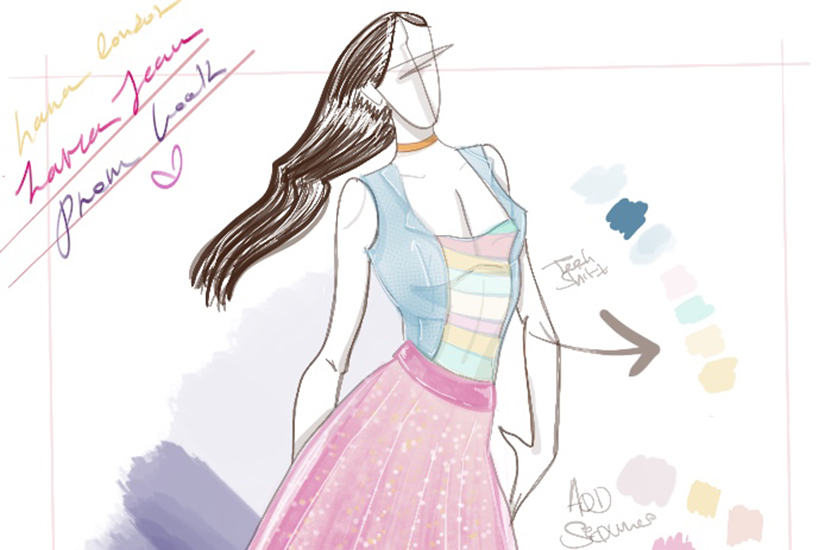 Sure, we fell in love with Lara Jean Covey (played by ELLE Canada’s April 2019 cover star Lana Condor) and Peter Kavinsky in Netflix’s To All the Boys I’ve Loved Before, but we were also head over heels for their excellent wardrobes. From Lara Jean’s quirky-sweet style to Peter’s subtle varsity aesthetic, the film was full of some serious style inspo—and it’s all thanks to Vancouver-based costume designer Rafaella Rabinovich.

Since the story is told through the perspectives of young adults, the Daytime Emmy-nominated designer got to have a bit of fun experimenting. “There’s an opportunity to explore who you are and where you are in life,” she says. She reveals that over 3,000 pieces of wardrobe were used in the film, and every little detail counted. “It’s the jewellery, the shoes, the scrunchies, the hat, the choice of bra that makes a difference,” she says.

Luckily for us, the love letters will keep coming — the sequel, P.S. I Still Love You, was announced last December. We caught up with Rafaella to get all the behind-the-scenes on the fashion from the film.

ON DECIDING EACH CHARACTER’S WARDROBE

I really tried to give them each a sense of individuality, for the costumes to be able to be a tool. With the boys, I really wanted to make sure that we weren’t playing into any clichés. Also that we make sure that there’s a sense of diversity and ability for everybody to really connect to the characters and see themselves in it.

ON THE SMALL (BUT IMPORTANT) DETAILS

When we see Gen opening up to Lara Jean about why she’s so mad at her, she’s wearing this really pretty pink turtleneck and it’s cut-out on her shoulder to represent the vulnerability of that moment for her. One of the things I’m really happy that everybody loved so much was the feminist necklace with Kitty, which just speaks so much about who she is, especially for a little girl who practically grew up without her mother and being the youngest in a house of women.

ON HER FAVOURITE LOOKS FROM THE MOVIE

I obviously love the homecoming look for both Lucas and Lara Jean. That skirt she’s wearing there, is a beautiful skirt that was custom-made for another show. It was much longer and didn’t have as many diamonds on it. We ended up cutting it short for Lana and adding a bunch of sequins and little pearls on it.

ON THE CHALLENGE OF THE HOT TUB SCENE

Another challenge that came up was the nightgown. It’s not just somebody going into the water and you’re done. You really need to work through the fact that it needed to float beautifully, it needed to work with the light that came from the hot tub and it needed to keep Lana modest and comfortable. We ended up adding some weights and magnets to the trims of it and bowties to make it a little more Lara. We also dyed it to be a little bit darker.

The interview has been edited and condensed for clarity.