The biggest summer trend is dressing like you're on vacation

This season, designers offered the perfect excuse to dress like you’re on holiday—even if you’re stuck at the office. 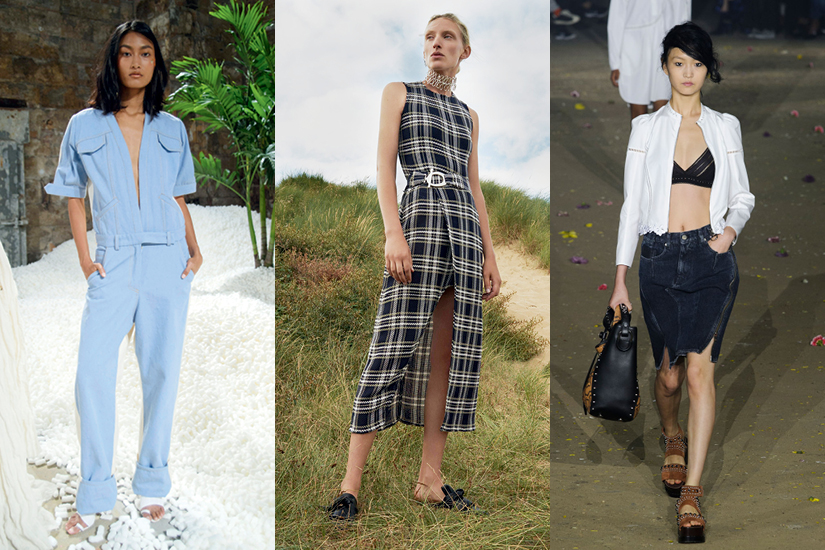 An unexpected fashion influence appeared this season: sand. It first showed up in Canadian sibling duo Beaufille’s spring/summer 2017 lookbook—the minimalist, feminine clothes were shot in a dune that looked as if it were straight out of Noah Solloway’s Montauk backyard. Then, at the 3.1 Phillip Lim spring/summer show, models in swimsuit tops, easy denim skirts and relaxed satin bombers walked down a runway dusted with the grainy stuff. “Sand”—in the form of foam-packing peanuts—also appeared at Rosie Assoulin’s joyous New York Fashion Week presentation. Assoulin piled it high and stuck palm fronds in it to evoke a beachy mood.

These sandy sets are a sign that designers are in an escapist mood. “There is an inherent tendency toward escapism because fashion, at its core, is about fantasy,” says Toronto- born, New York-based designer Tanya Taylor. “However, I think designers really went in that direction as a result of the current state of affairs.” Taylor’s own spring/summer collection was inspired by jaunts to Cuba, Barbados and Capri and featured plenty of painterly florals, swinging maxidresses and drape-y caftans.

Given that not all of us can spend the summer on a yacht bound for St. Tropez, the most compelling clothes combine dreaminess with real-world appeal. “I’ve noticed a shift,” explains Taylor. “Women no longer want to wear complicated, fussy or restrictive pieces.” It’s a sentiment with which Anna Molinari of Milan-based label Blumarine agrees: “There’s a strong desire for lightness and self-expression.” The designer cut her collection from crisp eyelet fabric that skewed more cruise ship than sidewalk. Straw hats, floppier than those seen at Jacquemus (which evoked the designer’s rustic childhood in the south of France), made an appearance too. The relaxed mood continued elsewhere. In Paris, Esteban Cortazar presented a sporty, feel-good collection of shrunken surf- inspired tops paired with breezy striped trousers. Back in New York, cult-fave designer Maryam Nassir Zadeh tucked a metallic one-piece swimsuit into a ’70s denim maxiskirt.

Want to tap into the season’s light-and-loose groove without looking like you got lost on the way to the pool? Taylor recommends starting with basics you love and adding special pieces, like a swim top tucked under a button-down shirt. Or borrow a trick from the street-style glitterati and give your Loewe Puzzle bag a rest in favour of a woven tote. Above all, consider this motto: A getaway is a state of mind—at least sartorially speaking.