The best and worst of fashion reality TV

We count down the good, the bad, and the ugly of reality TV style shows. 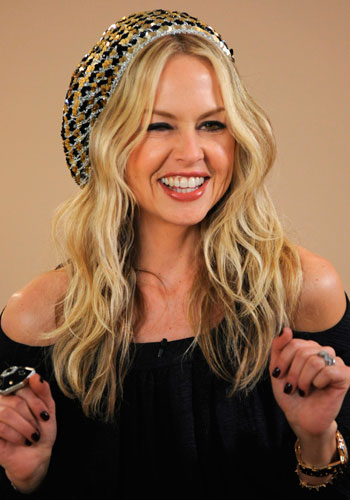 Since
America’s Next Top Model debuted in 2003, the fashion crowd has flocked to reality TV like editors to a Chanel sample sale. We round up the best and absolute worst of fly-on-the-wall style shows.

Long live
Project Runway! Not only did it introduce the world to Nina Garcia’s sharp style, Michael Kors’ catty quips, Tim Gunn’s mentorship and Heidi Klum’s solemn “Auf Wiedersehen,” but it also taught viewers about how the experts judge a collection. Too costume-y? Bad construction? Not cohesive enough? After season one, every
Project Runway fan was equipped to speak the language of fashion. We should also mention that
Project Runway Canada was the best thing that ever happened to the Canadian fashion industry. In fact, many of the more notable contestants are still showing at Toronto Fashion Week. Stephen Wong co-helms
Greta Constantine with Kirk Pickersgill, Sunny Fong shows Vawk, and
Lucian Matis presented his namesake line at the Royal York Hotel’s Grand ballroom last season.

While
America’s Next Top Model is the godparent of fashion reality TV shows, after 18 cycles, it’s getting a bit stale. Sure, Tyra Banks’ OTT antics are always good for a giggle—but once André Leon Talley bowed out from the judging panel,
ANTM should have gone out on a high note. Now, Tyra’s decided to reshuffle the cast, and recently announced that Miss Jay, Jay Manuel and noted fashion photographer Nigel Barker would no longer be appearing as regulars on the show. The jury is still out on how the re-vamp will affect ratings, but can we motion for the shows confusing lingo—booty tooch, smize, fiercely real—to be buried and never spoken of again?

The Rachel Zoe Project definitely started out with a bang. Not only did it let viewers in on the rarefied world of celebrity styling, but Zoe unwittingly made stars of her assistants Taylor Jacobson and Brad Goreski. But the real drama happened off screen: Jacobson was famously fired by her boss for allegedly stealing samples and subsequently badmouthed on national TV, and Zoe and Goreski don’t speak after he quit to start his own business. (We feel duty-bound to mention that Jacobson styled
ELLE Canada’s January Kate Beckinsale cover, and that Jacobson was apparently lovely to work with). Also, Zoe’s over-the-top reactions to even the smallest styling crisis didn’t make for compelling TV—let’s face it, she’s dressing celebrities not curing cancer.

What show did we crown the worst of the worst? Find out on the next page…

The Reality TV: The ugly
The premise of Fashion Star sounds promising: contestants compete to create a mini collection that can then be purchased by a buyer from three stores: Macy’s, Saks Fifth Avenue and H&M. The show is hosted by Elle MacPherson, and celebrity mentors include Jessica Simpson, Nicole Richie and John Varvatos. Here’s where it gets weird: instead of a traditional catwalk, the runway is more like a rock concert. Think models on Harleys, smoke machines, and um…backup dancers? We think bloggers Tom and Lorenzo said it best, when they tweeted: “It’s like watching #ProjectRunway while having a seizure.”

Reality TV: Quick hits
File this under must-see TV: Naomi Campbell has signed on to judge the new modeling show The Face. We’ll be tuning in because we are totally fascinated by and terrified of the British supe.

The newest reality TV show to hit the Bravo line-up? Decades, which follows Christos Garkinos and Cameron Silver, the duo behind luxe vintage store to the stars Decades in LA. “The show will focus on shining the light on the rarefied and very specific part of fashion that we live in. We are curators and fashion arbiters,” says Garkinos.

Taylor Jacobson’s bad experience on The Rachel Zoe Project apparently hasn’t tarnished her appetite for appearing on reality TV. After a few years away from the camera, Taylor will return for a series on Oxygen called LA Style which follows four young stylists in the city of angels.