Gay men still rule the top do the fashion pyramid. Is the time for hetero hegemony nigh? 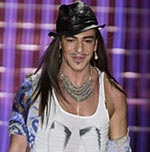 One of the fashion industry’s most important critics plays an after-dinner game called, “Name One Who Isn’t.” If you’re wondering “Isn’t what?” here are a few that are: Tom Ford, Jean Paul Gaultier, André Leon Talley, John Galliano, Alexander McQueen, Yves Saint Laurent … And if I whistle a few bars from The Wizard of Oz and turn on Queer Eye for the Straight Guy, you’ll probably get what I mean.

In Bravo’s hit TV series, five gay men play the funny guys and the straight guy plays … the straight man. The running joke is an old fashion truism: that in the deadly arena of style, gay men are the gladiators and straight men are the hapless beasts that get slaughtered. Like all clichés, there is a great deal of truth in it. Nearly everyone at the top of the fashion pyramid is gay.

“Do gay men come with a frock gene installed at birth?” asks Martin Raymond, co-founder of the London-based trend-forecasting company Future Laboratory and editor of Viewpoint magazine. “The answer is, I think, yes. It’s by making women look fab and wonderful and divine that gay men exact their revenge on all those dull Neanderthal males that annoyed them when they were wan, pale types in the provinces.”

But is this notion of gayness as the ultimate style credibility dated? “It’s a suburban concept,” says Campbell McDougall, creator of the hip Vancouver concept store Bruce. “My experience is that although few straight men out of the fashion industry have good style, that exact same thing can be said for gay men. The idea that if one is gay one has good style is an absolute myth.”

Karlo Steel, owner of the boutique store A. Atelier in Manhattan, agrees. “There are a lot of tacky gays out there. But there’s a difference between being gay and being queer. Being queer means being odd. Oddness stems from eccentricity, which means one steps outside what is acceptable and normal. And queers are the ones who have pushed the perimeters of fashion the farthest.”

The last great era for oddness was in the ‘80s, when the underground gay club culture that fashion designers like Marc Jacobs, Tom Ford and John Galliano cut their teeth on was at its height. The sport was extreme dressing, and the gold medalists were people like Boy George, British choreographer Michael Clark and performance artist Leigh Bowery. The arenas were London’s Blitz and Taboo and New York’s Paradise Garage, Pyramid Club, Danceteria and Mudd Club. Club divas spent days putting together costumes that included anything from full body paint and outrageous headdresses to blinding diodes embedded in one’s teeth. Look at Galliano’s shows and ad campaigns and you see the effervescence of that period of time distilled into Dior and his own brand.

Photography courtesy of ImaxTreeBut while gay designers still call the shots as fashion’s creative force, straight men in the industry are, as Fashion Wire Daily’s editor-in-chief Godfrey Deeny puts it, “the silent minority who have a lot more influence than people realize.” Deeny ought to know. He has been a fashion critic since 1989 and is valued for his “straight take on what the designers are showing.” The day before we spoke during the Paris ready-to-wear shows, he had been to see three shows and then caught the Ireland-versus-Italy rugby match on T.V. “If you look at photographers, the vast majority are heterosexual,” says Deeny. “Straight men also have more of a profile in running fashion magazines and being creative directors and fashion critics than give or 10 years ago. Straight men are still a minority as actual designers, but they are also no longer hesitating about going into the industry. I think the kind of attitude where you didn’t want your son to be a dress designer is over. People understand that there is a lot of money and prizes in it, and so it’s acceptable.”

Ramdane Touhami is one of the growing number of straight fashion designers who are scooping up the money and prizes. Touhami launched himself into the Parisian fashion world in 1998 with L’Èpicerie, a cult concept store that spoofed Colette’s art-gallery approach to shopping. The artistic director and buyer for the menswear space at Liberty, in London, is bringing out a clothing line called Résistance in July. “It’s no good for parties,” he jokes, commenting on the influx of straight men into the industry. “A few years ago, it was easier to pick up girls at fashion parties. There has definitely been a switch. Fashion is not so gay anymore. The myth that gay men are more intelligent and more creative about fashion is changing. Straight men just don’t get gay fashion, whereas cool guys, meterosexuals, they understand fashion better.”

As the surprise new category of fashion consumers, the so-called metrosexuals have been provoking a small by seismic shift in what the market will bear. Where the straight man’s notion of accessories used to be a Lanvin tie at the office and a six-pack of Heineken on the weekend, the new discriminating male is conversant with Dior Homme and knows what to do with an exfoliating face mask. Galliano, Lacroix, Véronique Banquinho, Hussein Chalayan and Viktor & Rolf are the latest to roll out cool menswear lines that cater to this new species of make. So, the logic is, if stylish straights are starting to exert their power as consumers, it will not be long before they migrate into the creative realm of clothing.

“There’s going to be a big turnaround in the next five years,”predicts Raymond. “And, for the first time, most male designers will be heterosexual. It’s happening because fashion is now being seen as part of the culture industry; it’s no longer separate from design and interior design. Lots of boys do design and graphics, and, in the past 10 years, English colleges have been merging these faculties. You’re finding engineering and design students crossing over into fashion. They’re going to the same clubs and bars as the fashion people, and there is this common corpus developing.”

“It’s OK to have good taste, and it’s no longer suspect if you do,” says Deeny. “And that’s allowed a lot of us straight guys to come out and be honest.” The upshot of all this? It’s not so much about men coming out of the closet now as it is about what they’re putting in them. 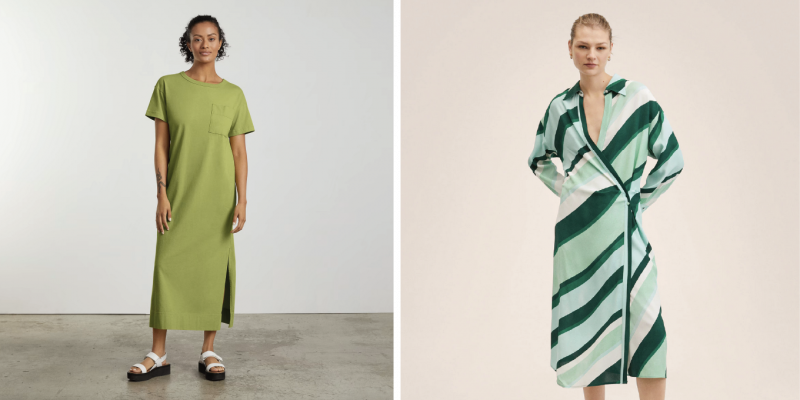