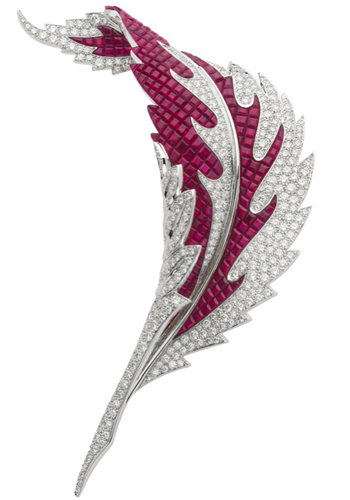 Call it the year of fashion exhibitions. 2012 is so jam-packed with fascinating haute couture shows—dedicated to couturiers (Azzedine Alaïa), editors (Diana Vreeland), photographers (Herb Ritts) and more—that we had to add a second list! (Read the first list of
fashion exhibitions here.) Here are seven more curated-couture museum exhibits to check out across the globe.

1. Azzedine Alaïa in the 21st Century

Where: The Groninger Museum, The Netherlands

This haute couture exhibit—a retrospective of the last 10 years of the Tunisian-born couturier Azzedine Alaïa—offers a rare look at the signature dresses from the personal archives of the brilliant, offbeat designer, famous for evading media and staging shows outside the regular fashion week calendar.

A time capsule of the iconic pieces that inspired the legendary fashion editor, this exhibit traces Vreeland’s rise from editor at Harper’s Bazaar to the acclaimed editor-in-chief at Vogue and her eventual move to become a consultant at the Metropolitan Museum of Art’s Costume Institute. Featuring tear sheets from Vreeland’s work at the fabled fashion mags and a collection of green dresses—from the likes of Yves Saint Laurent, Paco Rabanne, and Irene Galitzine— the exhibit also includes a special version of one of Vreeland’s favorite scents, sandalwood, developed by perfumer Frédéric Malle specifically for the event.

3. The Fashion World of Jean Paul Gaultier: From the Sidewalk to the Catwalk

If you missed this dynamic
multimedia exhibition when it first opened at the Montreal Museum of Fine Arts last summer, this is your chance to catch the first retrospective dedicated to the French couturier, featuring 140 haute couture and prêt-à-porter designs created between the mid-1970s and 2010. The exhibit also features numerous sketches, archival documents, fashion photographs and video clips that spotlight Gaultier’s collaborations with filmmakers, choreographers and musicians.

For more upcoming fashion exhibtions in 2012, read on…

Sunny California acts as the backdrop for this exhibition dedicated to American photographer Herb Ritts. The show features 87 framed images (plus photos from various magazines and books), including Ritts’s iconic snaps of supermodels—think Seymour, Crawford, Campbell—in his many Vogue editorials and fashion campaigns.

To fête its 175th anniversary this year, fine-leather maison Hermès is launching an exhibition in May to showcase its historic relationship with leather, from the harnesses Thierry Hermès crafted when he founded the label in 1837, to the legendary hand-stitched Kelly and Birkin bags for which the house is renowned today. Along with an array of items, including pieces commissioned by the Duke of Windsor for his Duchess, the exhibit features an interactive element: craftspeople from Hermès workshops in Paris will be on hand at the exhibition demonstrating the creation process of the house’s iconic oeuvre.

Housed in the fabled couturier’s childhood home on the Normandy Coast, Stars of Dior, the latest exhibition at the
Christian Dior museum, bridges the unassailable link between the French fashion house and its Hollywood clientele over the years. The exhibit will feature the legendary gowns and accessories worn by silver screen stars from Marlene Dietrich to Elizabeth Taylor, and its present-day muses like Penélope Cruz and Marion Cotillard.

7. Timeless Beauty, Van Cleef & Arpels Where: Shanghai Museum of Contemporary Art
When: May 20 to July 15

The retrospective exhibition from the legendary Parisian jeweler showcases the regal legacy of Van Cleef & Arpels, which traces back to 100 years of high-end jewels. The exhibit will feature 370 pieces of jewellery, watches and accessories emblematic of the jeweller’s timeless investment pieces. The luxe maison currently has eight boutiques across China, including just outside Shanghai—a city fittingly dubbed the “Paris of the east.”