Orthopedic shoes but make it fashion. 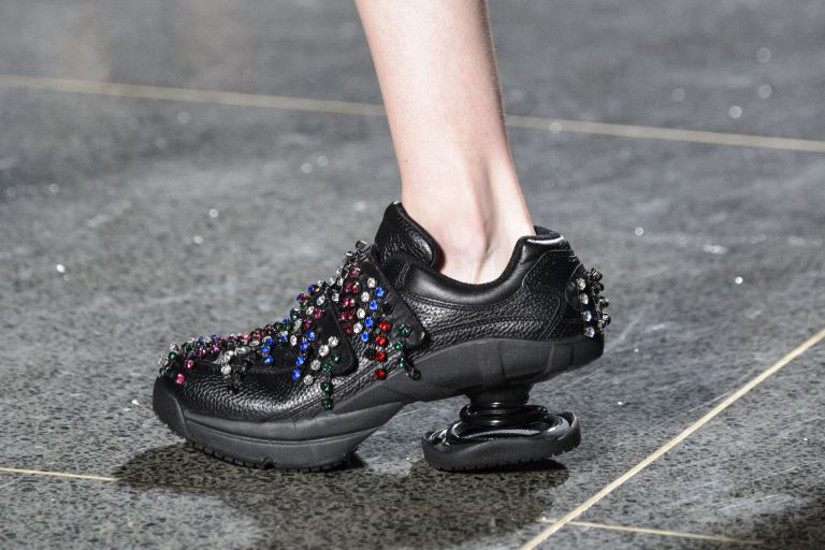 Christopher Kane is no stranger to the ugly shoe trend. In fact, it was his several collaborations with Crocs that helped usher the movement along in past seasons.

If the sneakers look vaguely similar to your grandparents’ orthopedic shoes, it’s no coincidence. For the collection, Kane collaborated with an actual orthopedic footwear brand, Z-Coil, on the comfort shoes.

While it’s unclear if this is a footwear trend that will actually take, I can assure you my grandma (and plenty of other older women at that) will at least be pleased about someone trying to make orthopedic shoes chic.

Of course, this is hardly Kane’s introduction into the world of questionable shoe trends. Last season, the designer brought crystalized high-top Crocs to the runway at London Fashion Week. For Fall 2017, he tried fur-lined Crocs and the season before that, geode-encrusted Crocs.

The trend then spread, with Balenciaga delivering its own take on Crocs with a sky-high platform version last season as part of its Spring 2018 collection.

From Crocs to actual orthopedic shoes, it’s unclear how many people are really embracing this level of the ugly shoe trend (outside of the street style scene). But for Christopher Kane, it seems to be an aesthetic that’s working.

This article originally appeared on ELLEUK.com.